How large are individual income tax incentives for charitable giving?

How large are individual income tax incentives for charitable giving?

The individual income tax deduction for charitable giving provides a substantial incentive to give by reducing the economic cost of making a donation. In 2018, charitable giving by individuals is estimated to reach $299 billion at an annual revenue loss of around $44 billion.

Charitable Giving by Itemizers and Nonitemizers

Charitable giving patterns differ by income. The charitable deduction provides higher-income taxpayers with a larger tax subsidy per dollar donated, because such taxpayers are more likely to itemize deductions and because they generally face higher tax rates. Some research indicates that higher-income taxpayers are more responsive or sensitive to each dollar of tax subsidy—that is, each dollar of government cost generates more charitable contributions—perhaps because a subsidy is more salient to those more likely to use tax advisers, or simply because they tend to consume a smaller share of their income and therefore have a larger share of income out of which they can give.

Tax proposals that affect incentives for higher-income individuals to give, however, will have a disproportionate effect on the charities to which these individuals are more likely to donate, such as higher education and museums. 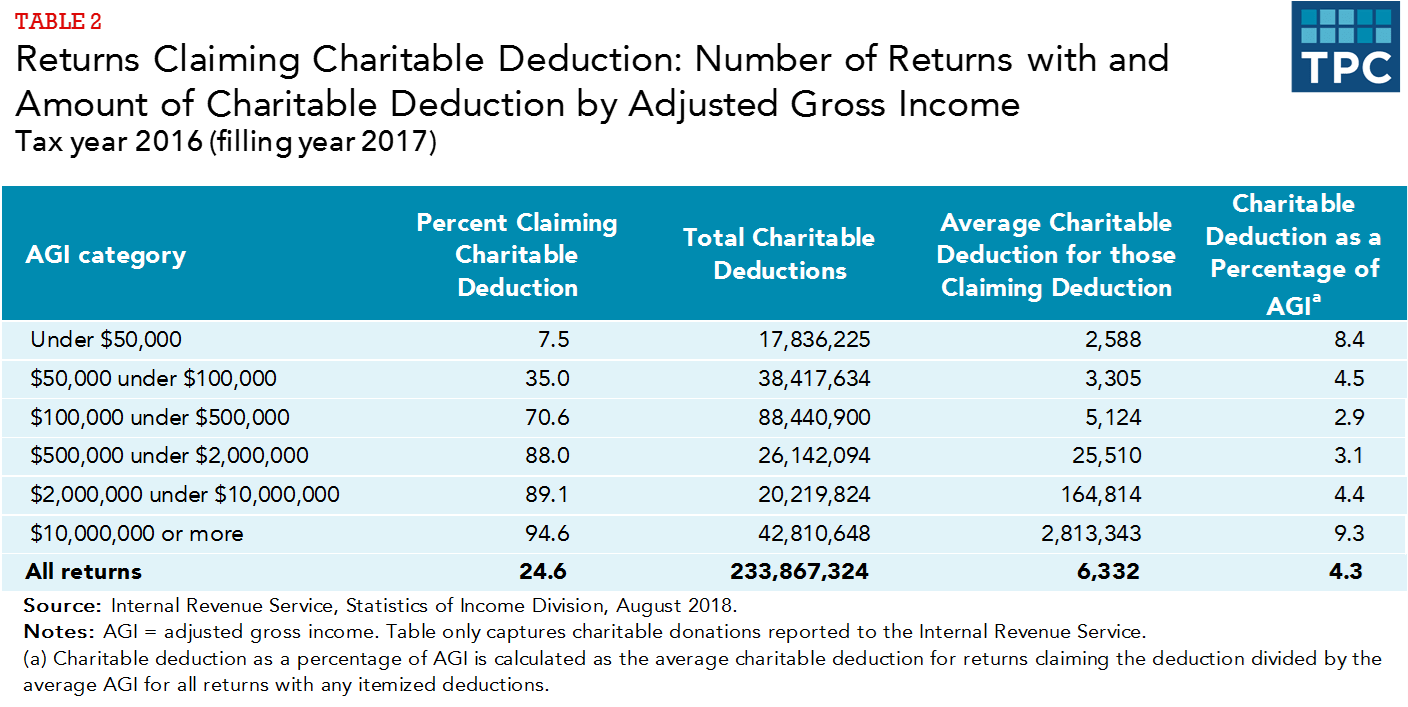 The after-tax cost of giving is the value of the gift minus any tax benefits received. If an itemizing taxpayer with a marginal tax rate of 24 percent (that is, the tax rate on the last dollars of income) gives $100 to a local college, for instance, the gift reduces the income tax bill for that person by $24, so the deductible charitable gift has a net cost of only $76. The $24 is the amount of the federal subsidy for giving. If the taxpayer had a 40 percent tax rate, the donation becomes even less costly to the taxpayer, at only $60. In other words, as tax rates increase, the after-tax “price” of charitable giving decreases.

Figure 1 shows a summary of the average after-tax price of charitable giving for taxpayers at different income levels in 2020. For the entire population, it is about 85 percent; that is, on average the after-tax federal subsidy is 15 percent. This represents a drop of about 6 percentage points from the average federal subsidy rate of around 21 percent before the passage of the 2017 Tax Cuts and Jobs Act. Note that taxpayers in the top 1 percent have the lowest after-tax price of charitable giving both because they face higher tax rates and because they are more likely to itemize. 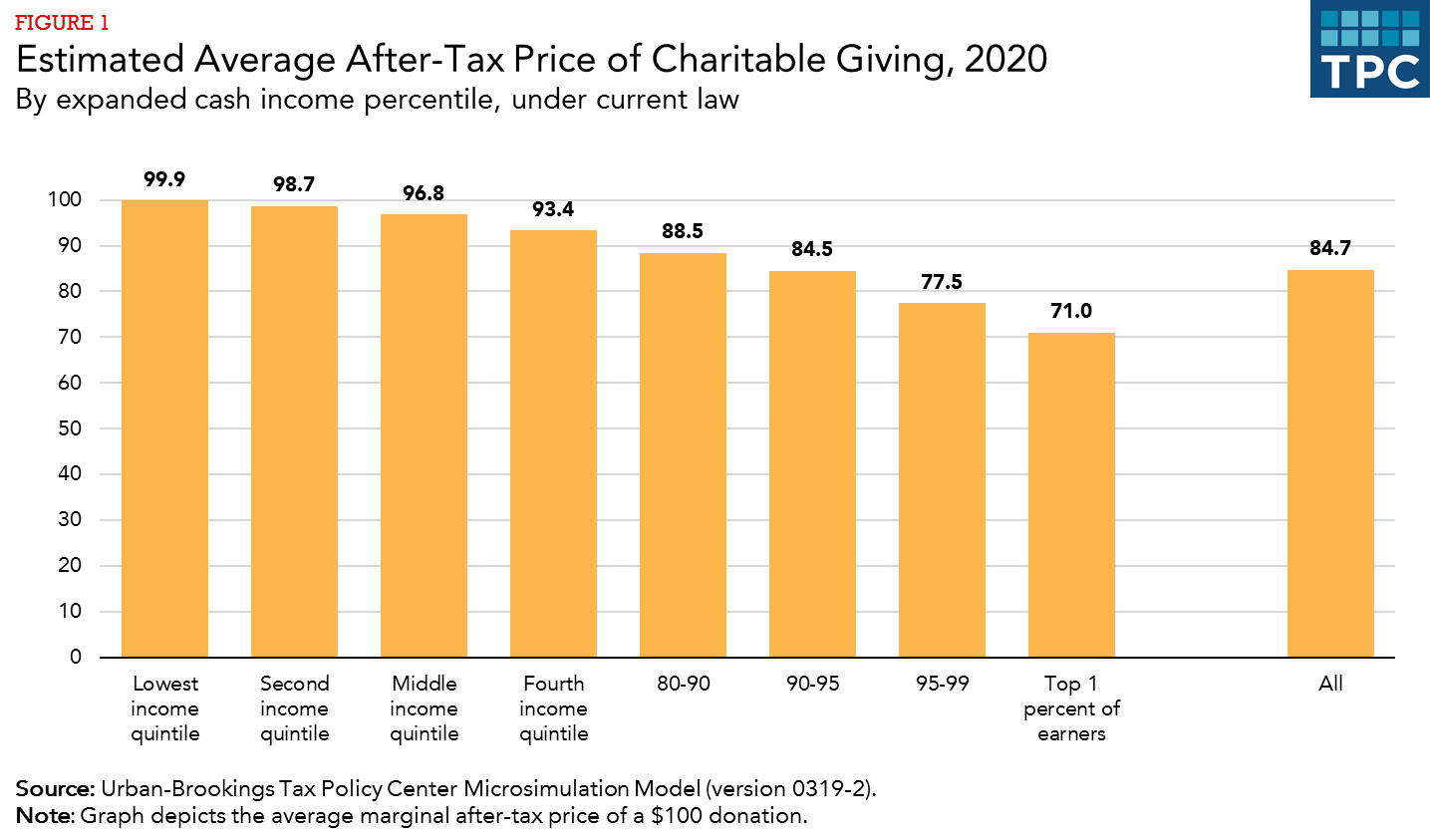 The individual charitable deduction is estimated to cost approximately $44 billion in 2020 and $230 billion over five years (2019–23) (table 3). The relationship between the revenue loss and the amount of additional giving created by the tax incentive has significant policy implications. For example, if the loss in federal revenue from allowing the charitable deduction is greater than the increase in charitable giving caused by the deduction, then a portion of the federal subsidy is going to donors rather than to the ultimate beneficiaries of charitable gifts. To the extent that Congress views charitable and government efforts as direct substitutes, it might be more efficient to eliminate the deduction and provide charities with direct federal support.

Limits on the Charitable Deduction

Congress has placed many limits on the availability of a charitable deduction. Among them are the following: