What are Opportunity Zones and how do they work?

What are Opportunity Zones and how do they work?

Opportunity Zones are tax incentives to encourage those with capital gains to invest in low-income and undercapitalized communities.

How do opportunity zones work, who can claim the incentives, and what projects can they support?

Investors can take advantage of one or more of the benefits.

Apart from a few “sin” businesses, Opportunity Funds can finance a broad variety of activities and projects. Funds can finance commercial and industrial real estate, housing, infrastructure, and existing or start-up businesses. For real estate projects to qualify for Opportunity Fund financing, the investment must result in the properties being “substantially improved.”

Which communities are Zones and what are their attributes?

Twelve percent of US census tracts are Opportunity Zones (8,762 tracts). Governors of the 50 states and 4 territories and the mayor of Washington, DC, nominated the zones, which were officially designated by the US Department of the Treasury. The statute contains no provision to change which communities are classified as Opportunity Zones.

Urban ranked Opportunity Zone investment on a 1 to 10 scale, standardized across eligible tracts state by state, with 10 being the highest score. Just under one-third of Opportunity Zones are located in the three tracts that have the least investment, while 28 percent are in the three tracts attracting the most investment. This pattern is roughly similar to nondesignated tracts, with only very slight targeting toward lower-investment areas (figure 1). 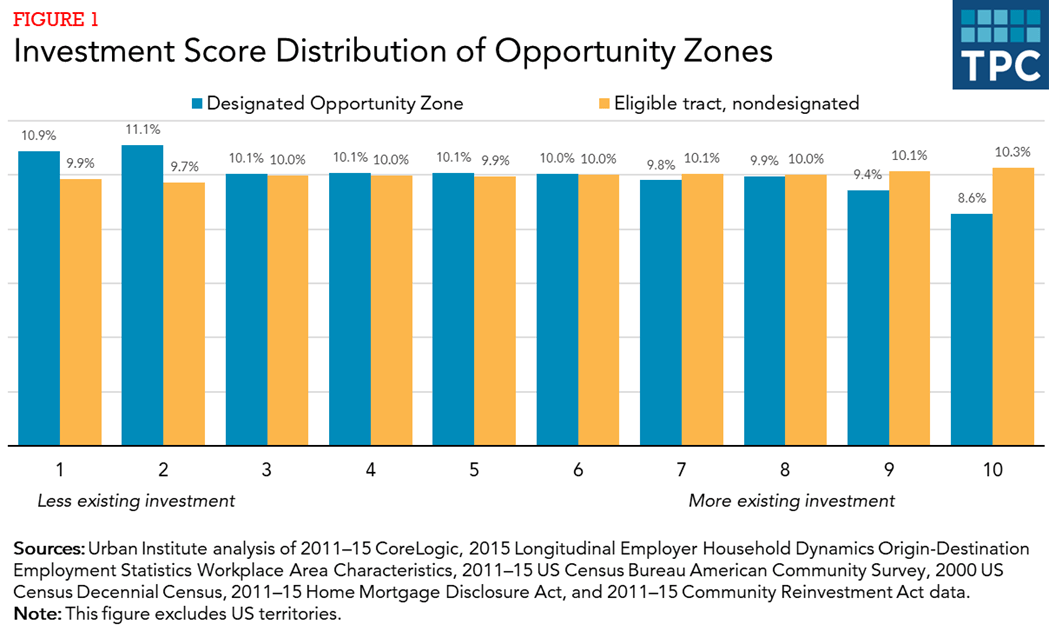 Finally, we looked how designated tracts changed from 2000 to 2016. Where communities are already experiencing high levels of socioeconomic change, further investment may displace low- and moderate-income residents. Thus, Opportunity Zones in these areas may be less likely to benefit needy residents. We measured socioeconomic change by tracking changes in the share of residents with a bachelor’s degree or higher, median family income, share of non-Hispanic white residents, and average housing costs as a share of income. 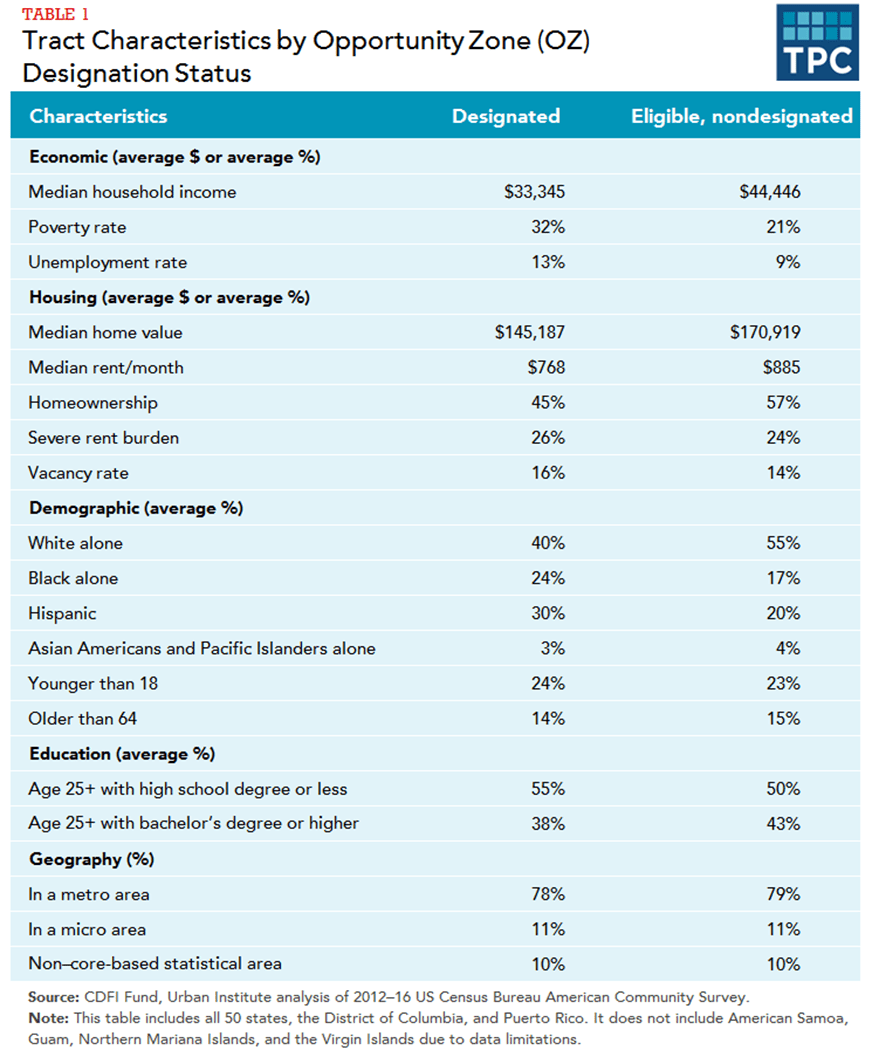