How does the federal government spend its money?

How does the federal government spend its money?

Federal spending totaled $4.4 trillion in 2019. About 62 percent of the total was for programs not subject to regular budget review, while nearly 30 percent covered discretionary programs for which Congress must regularly appropriate funds. Eight percent went for interest on government debt (figure 1). 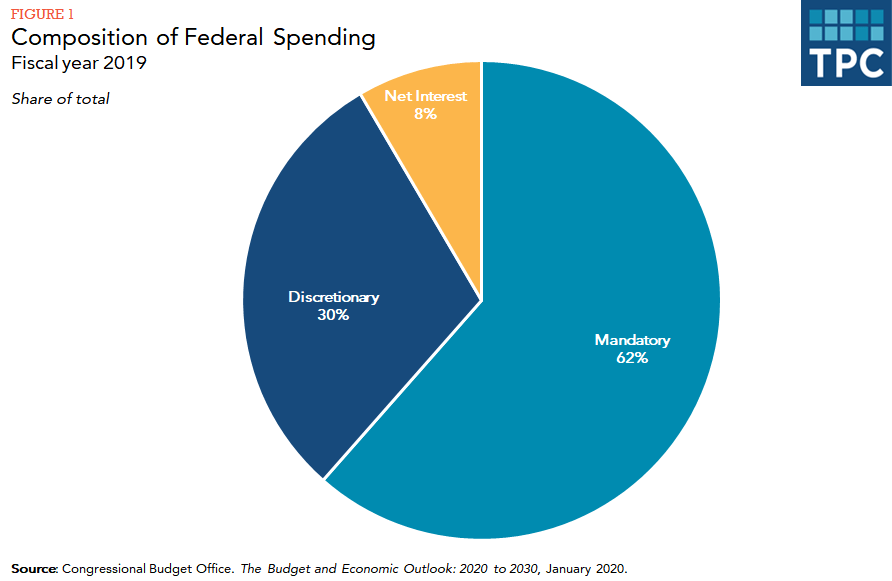 Mandatory spending covers outlays controlled by laws other than appropriations acts. Almost all such spending is for “entitlements,” for which expenditures depend on individual eligibility and participation; they are funded at whatever level needed to cover the resulting costs. Mandatory spending has grown from about 31 percent of the budget in 1962 to 61 percent in 2019 (figure 2). This is largely because of new entitlements, including Medicare and Medicaid (both of which started in 1965), the earned income tax credit (1975), and the child tax credit (1997). In addition, rapid growth of both the elderly and the disabled populations has contributed to increased Social Security and Medicare spending. 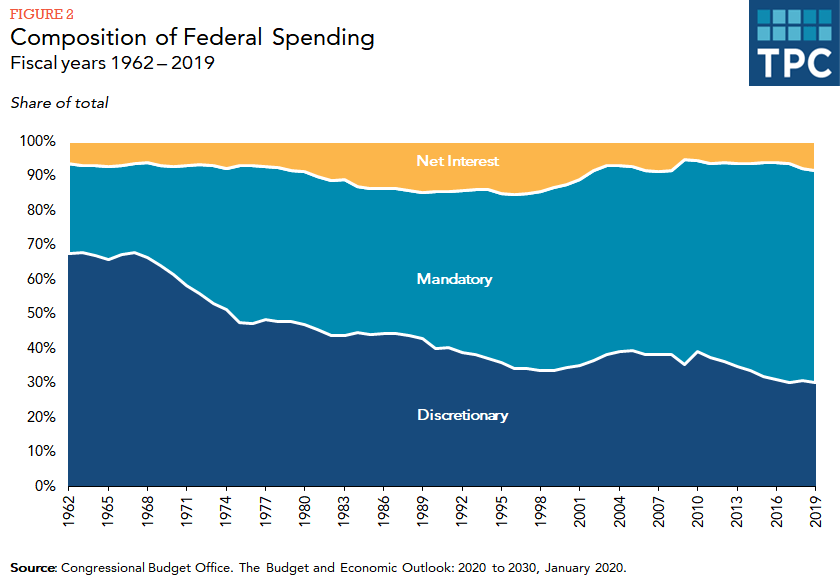 Nearly 60 percent of mandatory spending in 2019 was for Social Security and other income support programs (figure 3). Most of the remainder paid for the two major government health programs, Medicare and Medicaid.

More than half of FY 2019 discretionary spending went for national defense, and most of the rest went for domestic programs, including transportation, education and training, veterans’ benefits, income security, and health care (figure 4). About 4 percent of discretionary spending funded international activities, such as foreign aid. 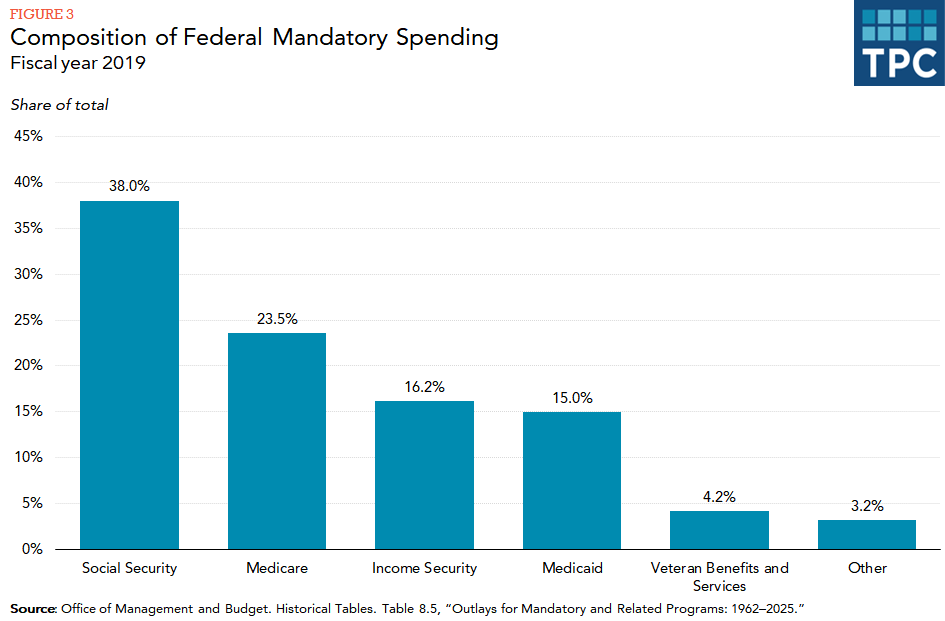 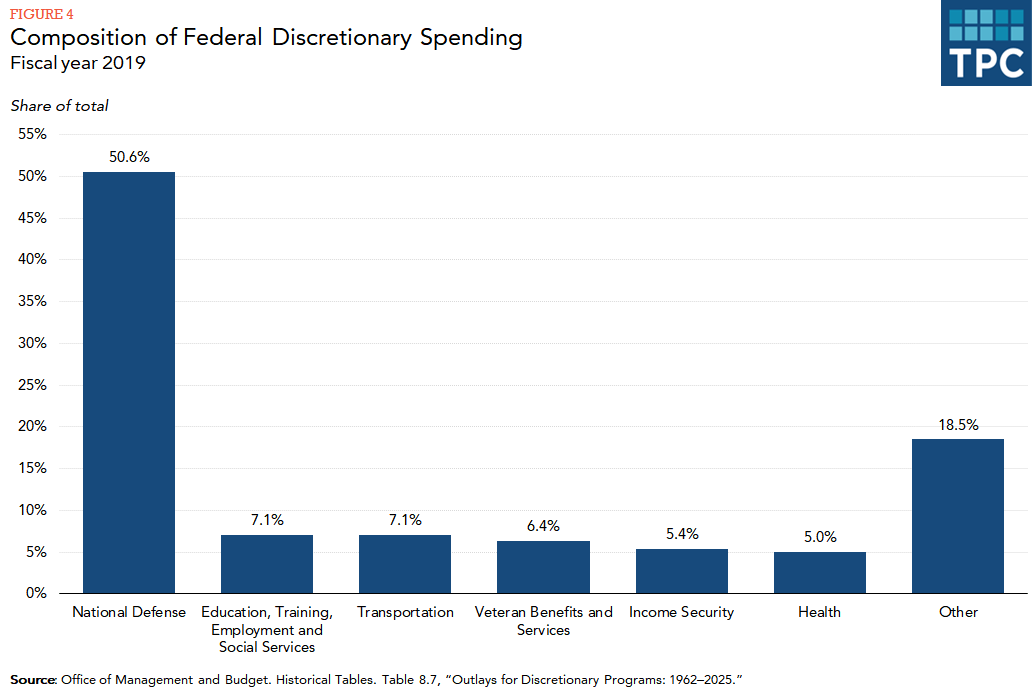