Who has health insurance coverage?

Who has health insurance coverage?

Ninety percent of nonelderly individuals were covered in 2017, with rates rising sharply with income. The repeal of the individual mandate in 2019 is projected to reduce the percent covered.

In 2017, 57 percent of the nonelderly population obtained health insurance coverage through employment (figure 1). Another 8 percent purchased coverage on their own in the private market, while about 22 percent were covered by Medicaid and 3 percent had coverage from other public sources. That left 10 percent uninsured. Virtually all elderly individuals participate in Medicare, and those with low incomes also receive assistance through Medicaid. 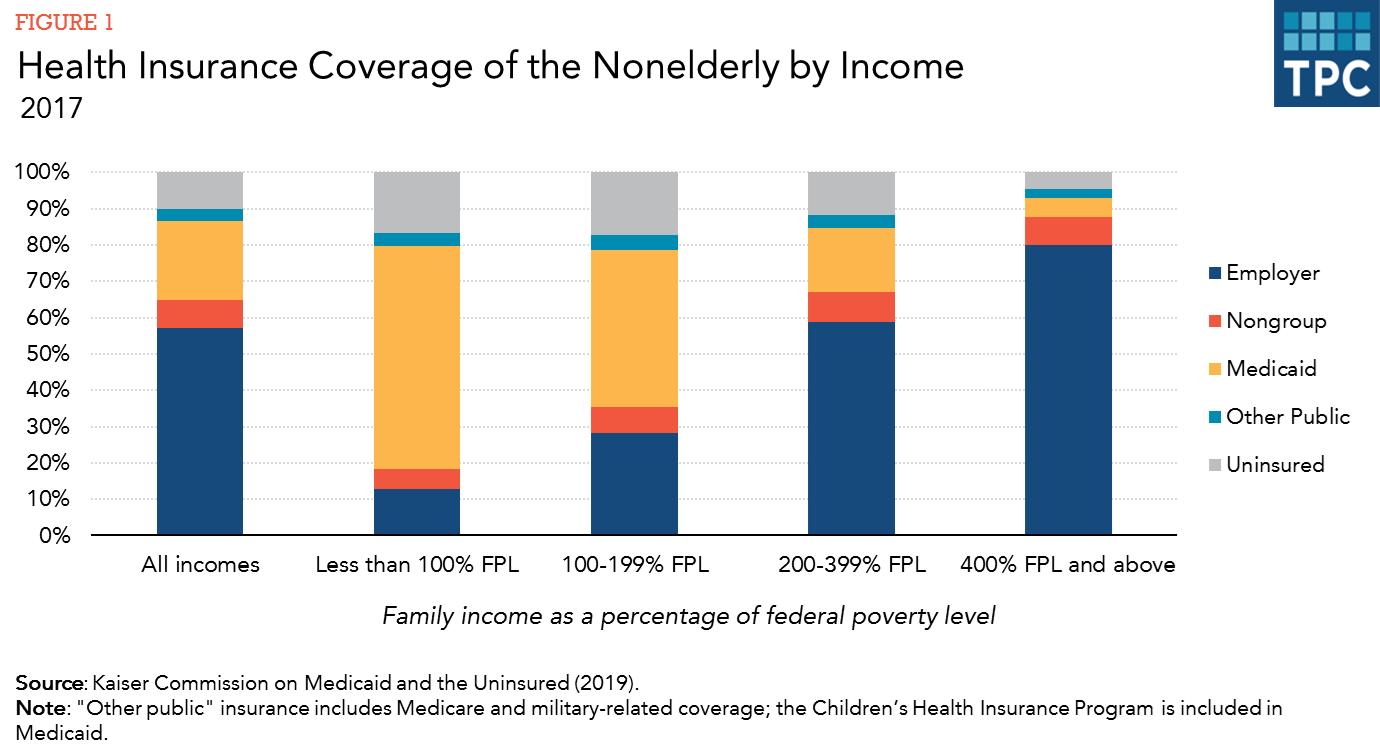 The 2017 Tax Cuts and Jobs Act repealed the Affordable Care Act’s excise tax on individuals without adequate health insurance starting in 2019. The Congressional Budget Office projects the share of nonelderly adults without health insurance will increase from 11 percent in 2019 to 13 percent by 2029 mostly due to the repeal of the individual mandate.