The federal individual income tax has seven tax rates that rise with income. Each rate applies only to income in a specific range (tax bracket). 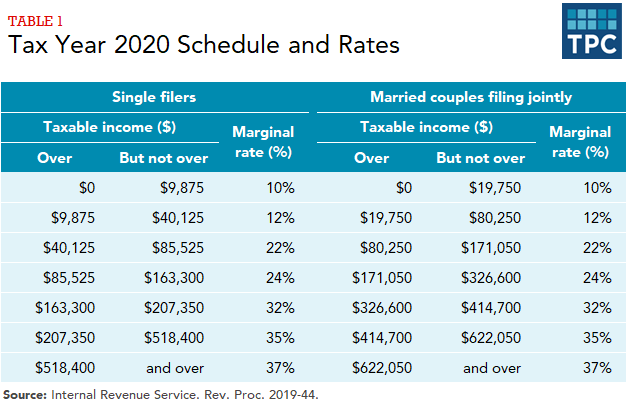 Federal income tax rates are progressive: As taxable income increases, it is taxed at higher rates. Different tax rates are levied on income in different ranges (or brackets) depending on the taxpayer’s filing status. In 2020 the top tax rate (37 percent) applies to taxable income over $518,400 for single filers and over $622,050 for married couples filing jointly. Additional tax schedules and rates apply to taxpayers who file as heads of household and to married individuals filing separate returns. A separate schedule of tax rates applies to capital gains and dividends. Tax brackets are adjusted annually for inflation.

Over the 100-plus year history of the modern federal income tax (short-lived income taxes existed before Congress ratified the 16th Amendment in 1913), the number of brackets and rates have changed dramatically and frequently. The federal income tax began with seven brackets but that number exploded to more than 50 by 1920 (figure 1). From then until the late 1970s, there were never fewer than 20 brackets. The last major federal tax reform, the Tax Reform Act of 1986, reduced the number of brackets from 16 to two, but that number has crept up to the current seven over the last three decades. 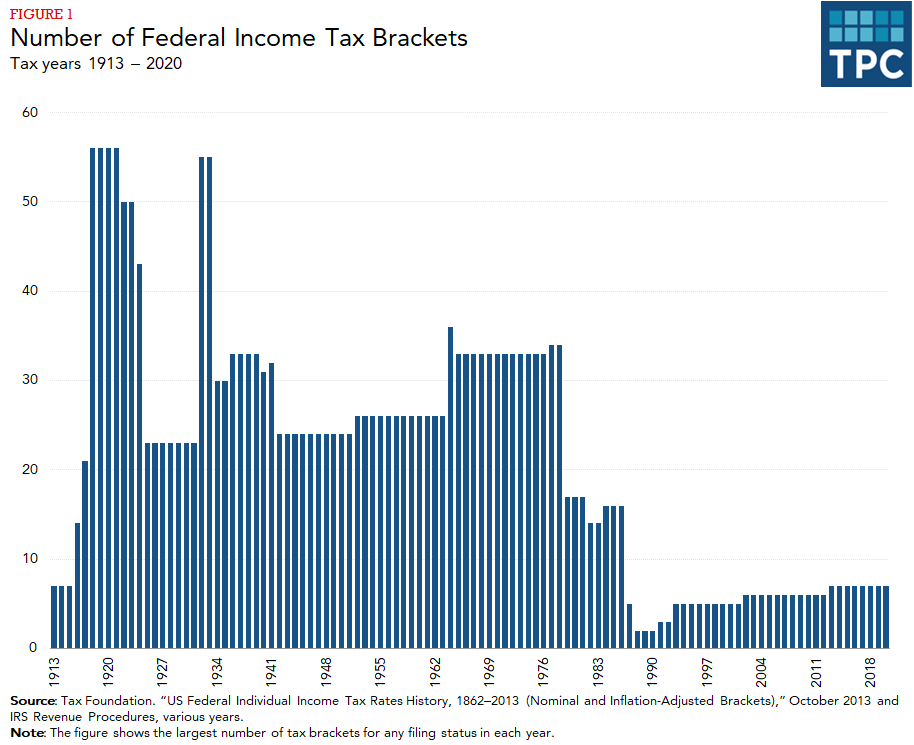 The top marginal federal income tax rate has varied widely over time (figure 2). The top rate was 91 percent in the early 1960s before the Kennedy/Johnson tax cut dropped it to 70 percent. In 1981, the first Reagan tax cut further reduced the top rate to 50 percent, and the 1986 tax reform brought it down to 28 percent. Subsequent legislation increased it to 31 percent in 1991 and to 39.6 percent in 1993. George W. Bush’s tax cuts lowered the top rate to 35 percent, but it reverted to 39.6 percent when the American Taxpayer Relief Act of 2012 let the reduced top rate expire as scheduled. The Tax Cuts and Jobs Act lowered the top rate to 37 percent starting in 2018. 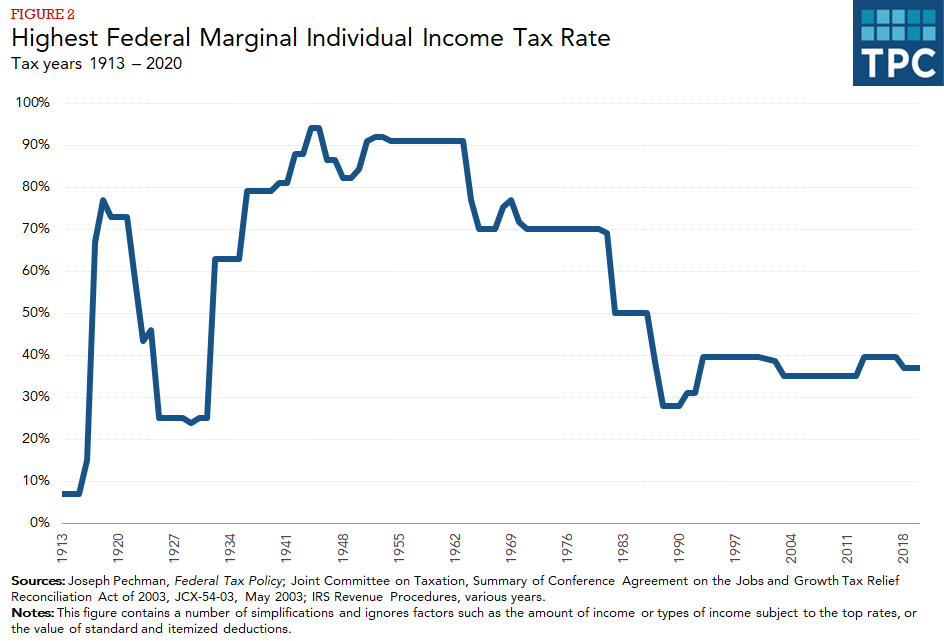