Overall, yes. But that’s not the case for each tax. 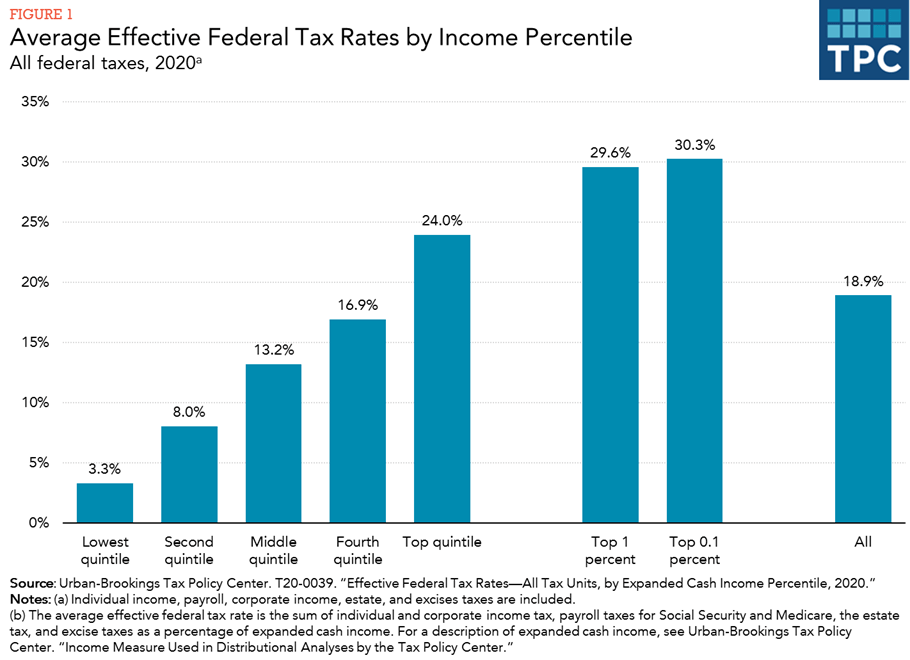 Not all taxes within the federal system are equally progressive. Some federal taxes are regressive, as they make up a larger percentage of income for lower-income than for higher-income households.

The individual and corporate income taxes and the estate tax are all progressive. By contrast, excise taxes are regressive, as are payroll taxes for Social Security and Medicare. Regressivity can be seen over some range of income (figure 2). 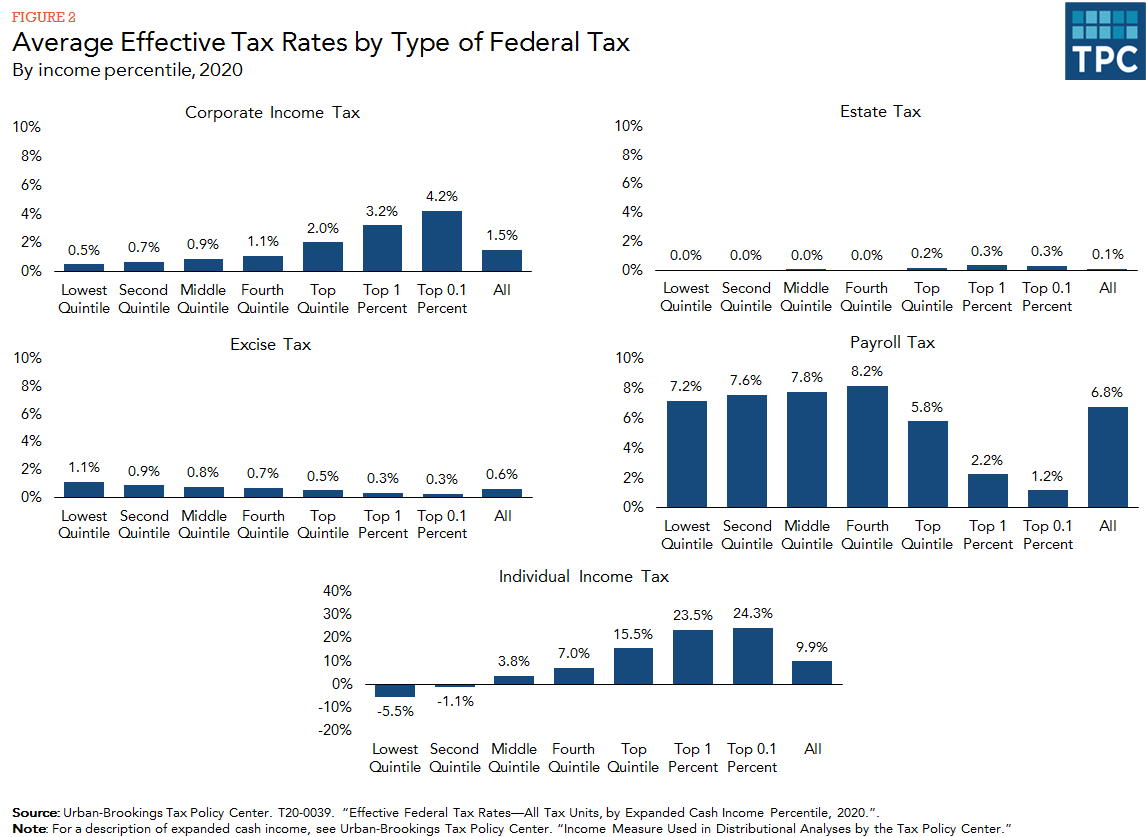 The individual income tax is progressive, thanks to the impact of refundable credits for lower-income households (average tax rates are negative for the two lowest income quintiles), the standard deduction (which exempts a minimum level of income from the tax), and a graduated rate structure (rates on ordinary income rise from 10 to 37 percent, with an additional 3.8 percent marginal tax on certain investment income of high-income households).

The corporate income tax is progressive because most of its burden falls on income from dividends, capital gains, and other forms of capital income disproportionately received by high-income households.

The estate tax is only imposed on households with high levels of wealth. Only wealth above an exemption amount is subject to the tax—that amount for those who die in 2019 is $11.4 million, and it is effectively double for married couples. High wealth is almost always commensurate with high income, so, when households are classified by income, virtually the entire estate tax burden falls on the very highest income households.

The regressive nature of payroll taxes stems from two factors. First, the Social Security portion of payroll taxes is subject to a cap: in 2020, individuals pay the tax on only their first $137,700 in earnings. Second, compared with lower-income households, higher-income households receive more of their income from sources other than wages, such as capital gains and dividends, which are not subject to the payroll tax. However, because wages rise as a share of income over the first four quintiles of the distribution, payroll taxes are slightly progressive until high income levels are reached.

An excise tax increases the price of the taxed good or service relative to the prices of other goods and services. So households that consume more of the taxed good or service as a share of their total consumption face more of the tax burden from this change in relative prices. The regressivity of excise taxes is primarily the result of this relative price effect, because, on average, alcohol and tobacco represent a declining share of consumption as household income rises.