How do state and local corporate income taxes work?

How do state and local corporate income taxes work?

HOW MUCH REVENUE DO STATE AND LOCAL GOVERNMENTS RAISE FROM CORPORATE INCOME TAXES?

WHAT INCOME IS TAXED?

Most states use the federal definition of corporate income as a starting point. However, states deviate from federal rules in some instances. For example, when the federal government enacted “bonus depreciation” in 2008, which allowed businesses to deduct a larger portion of capital investment in the year the investment is first made, many states did not enact conforming rules.

While states benefit from federal tax administration and enforcement by following the federal definition of corporate income, they must take additional steps to determine what portion of multistate corporation income is taxable in their states.

States must first establish whether a company has “nexus” in the state, that is, enough physical or economic presence to owe tax. Next, they must determine the taxable income generated by activities in the state. For example, multistate companies often have subsidiaries in no-tax or low-tax states that hold intangible assets such as patents and trademarks. The rent or royalty payments to those wholly owned subsidiaries may or may not be considered income of the parent company operating in another state. Finally, states must determine how much of a corporation’s taxable income is properly attributed to that state.

Until 20 years ago, most states used a three-factor formula based on the Uniform Division of Income for Tax Purposes Act to determine the portion of corporate income taxable in the state. That formula gave equal weight to the shares of a corporation’s payroll, property, and sales in the state. Now, however, most states use formulas that either weight more heavily or rely exclusively on sales within the state to apportion income. In 2020, only five states used the traditional three-factor formula, while 26 states and the District of Columbia relied exclusively on sales in their formula. By using the portion of a corporation’s sales rather than employment or property to determine tax liability, states hope to encourage companies to relocate or to expand their operations within these states.

HOW MUCH DO CORPORATE INCOME TAX RATES DIFFER ACROSS STATES? 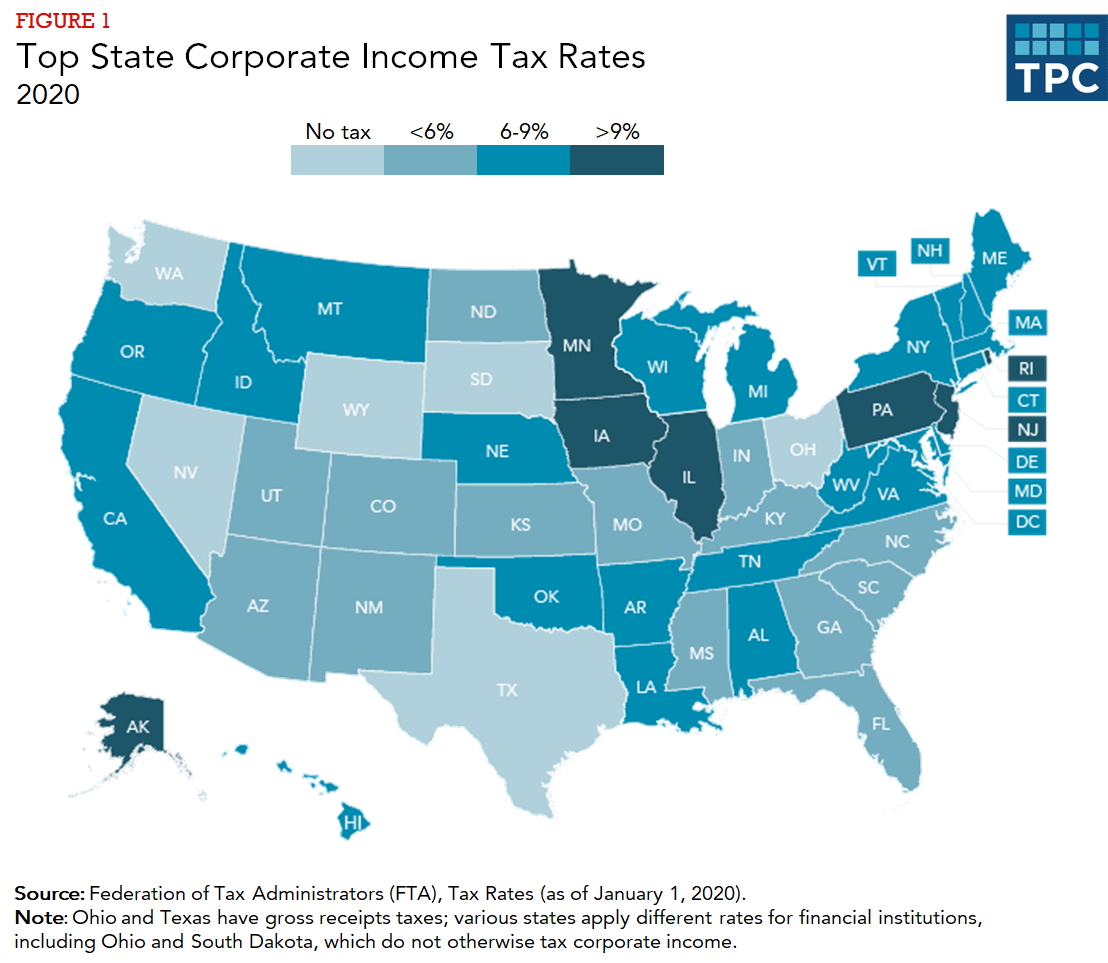