What are itemized deductions and who claims them?

What are itemized deductions and who claims them? 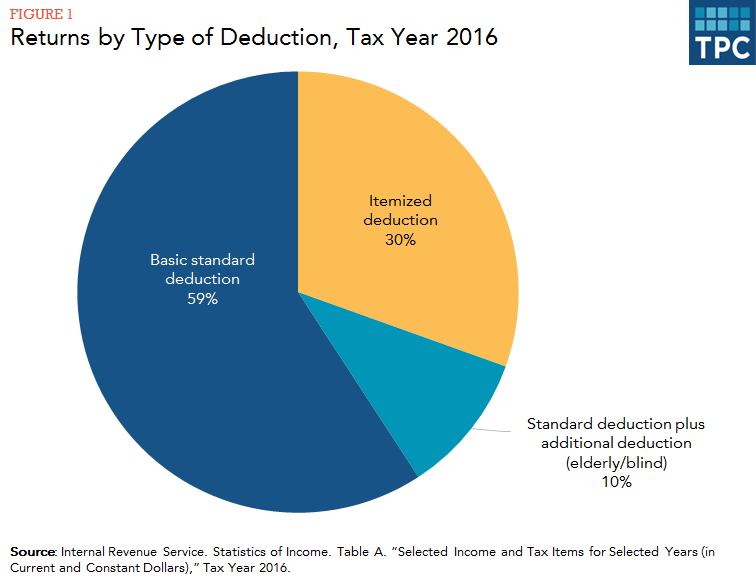 The most common itemized deductions are those for state and local taxes, mortgage interest, charitable contributions, and medical and dental expenses. The revenue cost of those four deductions was just under $240 billion in 2017 (table 1).

how does the Tax Cuts and Jobs Act affect Itemized deductions?

The 2017 Tax Cuts and Jobs Act will significantly reduce the number of taxpayers who claim itemized deductions, because it substantially increased the standard deduction while also restricting or eliminating some itemized deductions in 2018 through 2025. The Urban-Brookings Tax Policy Center estimates that the percentage of all households that itemize (including nonfilers) will shrink from 26 percent in 2017 to about 10 percent in 2018.

These changes also will substantially lower the revenue cost of all itemized deductions because fewer taxpayers will claim them and, in some cases, the amount they claim will fall. The revenue cost of the four largest deductions is estimated to fall by about $100 billion (table 1).

The following sections present 2016 Internal Revenue Service data reporting the percentage of taxpayers who itemized and the type and amount of itemized deductions they claimed. The changes made by the Tax Cuts and Jobs Act will significantly affect comparable estimates for 2018. 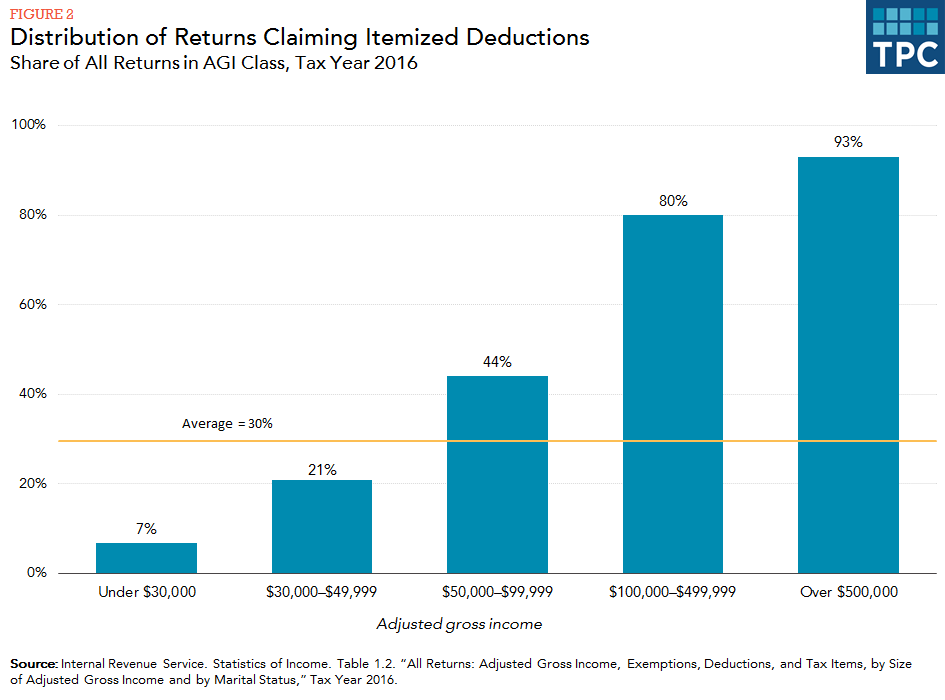 What Expenses Do Itemizers Deduct? 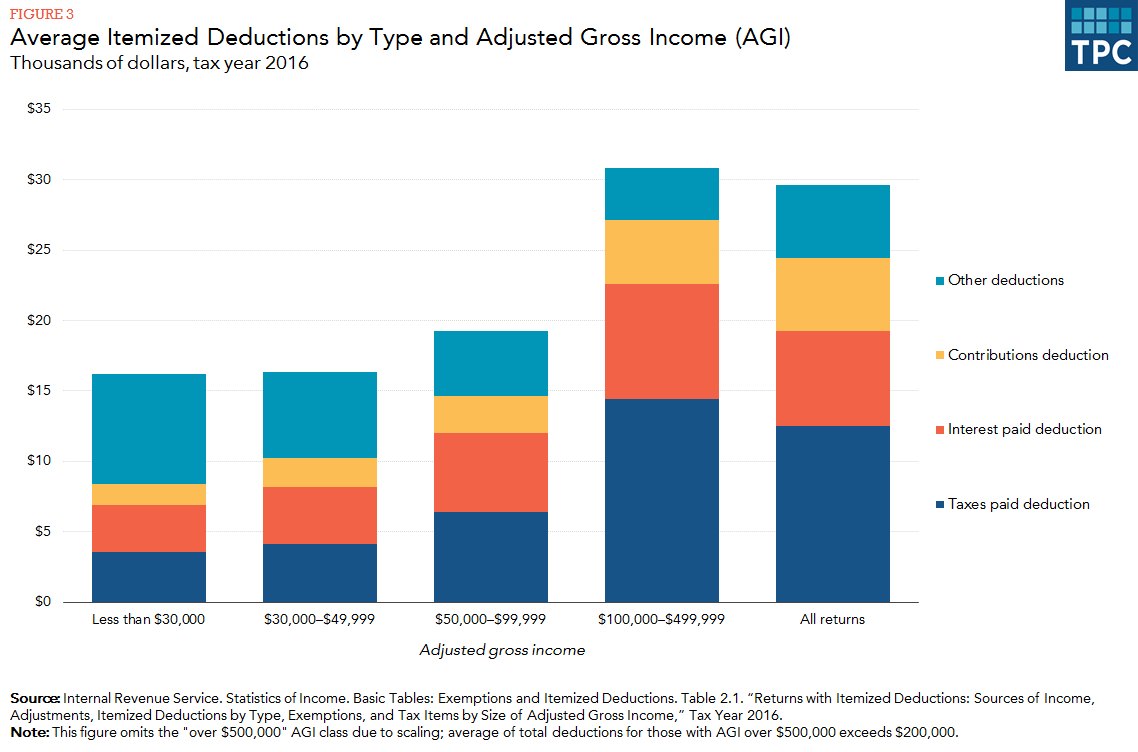 how Has the Share of Itemizers Changed over time?

The share of returns that itemize deductions climbed from a low of 28 percent in 1994 to a peak of 36 percent in 2005 before dropping to 30 percent in 2016. A closer look at the three largest deductions—state and local taxes, home mortgage interest, and charitable contributions—helps explain why (figure 4.1).

A change in any one of these deductions could affect the overall number of itemizers. For example, a decline in home mortgage interest might be enough to discourage a taxpayer from itemizing at all. Thus, the number of taxpayers itemizing state and local taxes or charitable contributions would also decrease.