How does the tax system subsidize child care expenses?

How does the tax system subsidize child care expenses?

Though the child and dependent care tax credit was temporarily expanded and made refundable for 2021, it benefits only a small share of parents because relatively few have formal child care expenses that qualify for the credit.

Prior to the ARP, the CDCTC was nonrefundable. That is, it could only be used to offset taxes owed. Under the ARP, if a family qualifies for a CDCTC that exceeds taxes owed, they can receive the difference as a tax refund. In 2022, the CDCTC will revert to its pre-ARP rules. 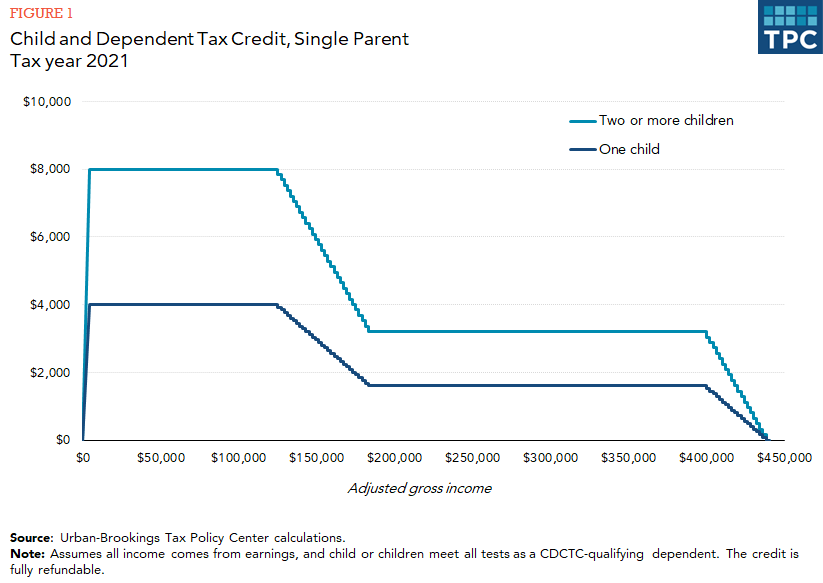 To qualify for the CDCTC, a single parent must be working or in school. For married couples, both adults must be working or attending school. In general, allowable expenses are capped at the earnings of the lower-earning spouse. Special rules allow individuals who are students or disabled to have their earned income assumed to be $667 per month ($1,334 if there is more than one qualifying child).

Among families with children who benefit from the CDCTC, taxes will be reduced by an average of $2,174. Under the pre-ARP rules, the average credit among families who claimed it was $593. 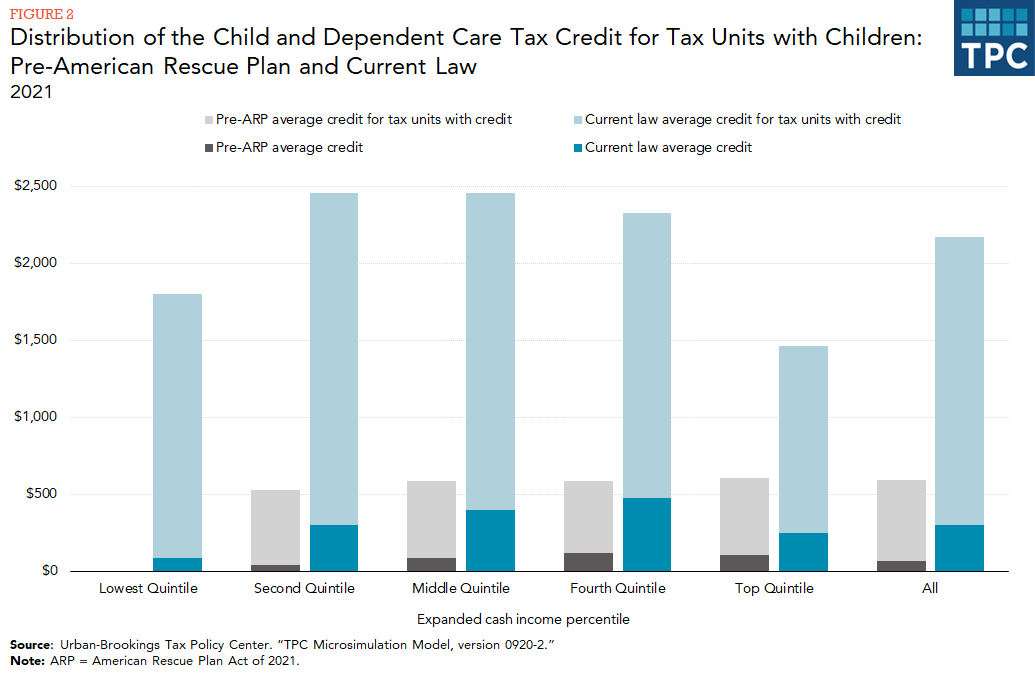 Employer-provided child and dependent care benefits include amounts paid directly for care, the value of care in a day care facility provided or sponsored by an employer, and, more commonly, contributions made to a dependent care flexible spending account (FSA).

Employees can set aside up to $10,500 (half for a married individual filing separately) per year of their salary, regardless of the number of children, in an FSA to pay child care expenses. The money set aside in an FSA is not subject to income or payroll taxes. Unlike the CDCTC, though, which requires both partners in a married couple to work to claim benefits, only one parent must work to claim a benefit from an FSA. In 2014, 39 percent of civilian workers had access to a dependent care FSA (Bureau of Labor Statistics 2014). Lower earners are less likely to have access to an FSA than higher earners (Stoltzfus 2015).

INTERACTION OF CDCTC AND FSAs

If a family has child care expenses that exceed the amount set aside in a flexible spending account, the family may qualify for a CDCTC. Families first calculate their allowable CDCTC expenses ($8,000 per child under age 13, up to $16,000 per family). If this calculation exceeds the amount of salary set aside in an FSA, a parent may claim a CDCTC based on the difference. For example, a family with two or more children can qualify for up to $16,000 of expenses to apply toward a CDCTC. If that family excluded $10,500 from salaries to pay for child care expenses in an FSA, it may claim the difference between the two ($5,500) as child care expenses for a CDCTC. The exclusion is only available to taxpayers whose employers offer FSAs.

Neither the CDCTC nor the FSA are indexed for inflation. Thus, each year, the real (inflation-adjusted) value of benefits from the two provisions erodes.