Probably not. The US homeownership rate is lower than in many other developed countries that do not offer similar tax subsidies for homeownership. Beyond a base level, US subsidies mainly support larger homes and second homes. Additionally, evidence suggests that the subsidies raise housing costs, thus dissipating their effectiveness in helping people buy their own homes.

Contrary to popular belief, the mortgage interest deduction was not added to the tax code to encourage home ownership. The deduction existed at the birth of the income tax in 1913—a tax explicitly designed to hit only the richest individuals, a group for whom homeownership rates were not a social concern.

The federal government provided $196 billion of tax benefits to subsidize homeownership in fiscal year 2019. The bulk of US subsidies go to middle- and upper-income households that likely would own their homes anyway; thus, these subsidies simply facilitate the consumption of more housing. In addition, evidence suggests that the tax subsidies raise housing costs, thus dissipating their effectiveness in helping people buy their own homes.

65 percent of all US households owned their homes in 2019. Most were middle-aged or elderly households, since the homeownership rate for those under age 35 is only 37 percent. As expected, homeownership rates also increase with income, rising up to 80 percent for those with family income over the national median. Disparities are particularly large by race or ethnicity: under 50 percent of Hispanic and non-Hispanic Black households owned their homes in 2019, compared with 73 percent of non-Hispanic White households.

The US homeownership rate is lower than that of many other industrialized countries. Some provide similar tax benefits for ownership as the US while others do not. For example, Canada, with a homeownership rate slightly above that of the US, provides tax relief similar in scale to the US as a percentage of GDP (OECD 2019); the United Kingdom, with a homeownership rate close to that of the US, provides much higher tax relief for homeowners as a percentage of GDP than does the US. Like the US, both Canada and the UK exempt the proceeds from the sale of a primary residence from capital gains tax. Unlike the US, neither Canada nor the UK have a tax deduction for mortgage interest, but they both provide tax relief for first-time home buyers. For example, Canada provides a tax credit to first-time homebuyers and allows them to make tax-free withdraws from retirement savings accounts to purchase their home. Many factors other than tax subsidies affect homeownership rates, including the ease of obtaining a mortgage, home prices, and cultural patterns, making cross-country comparisons difficult. 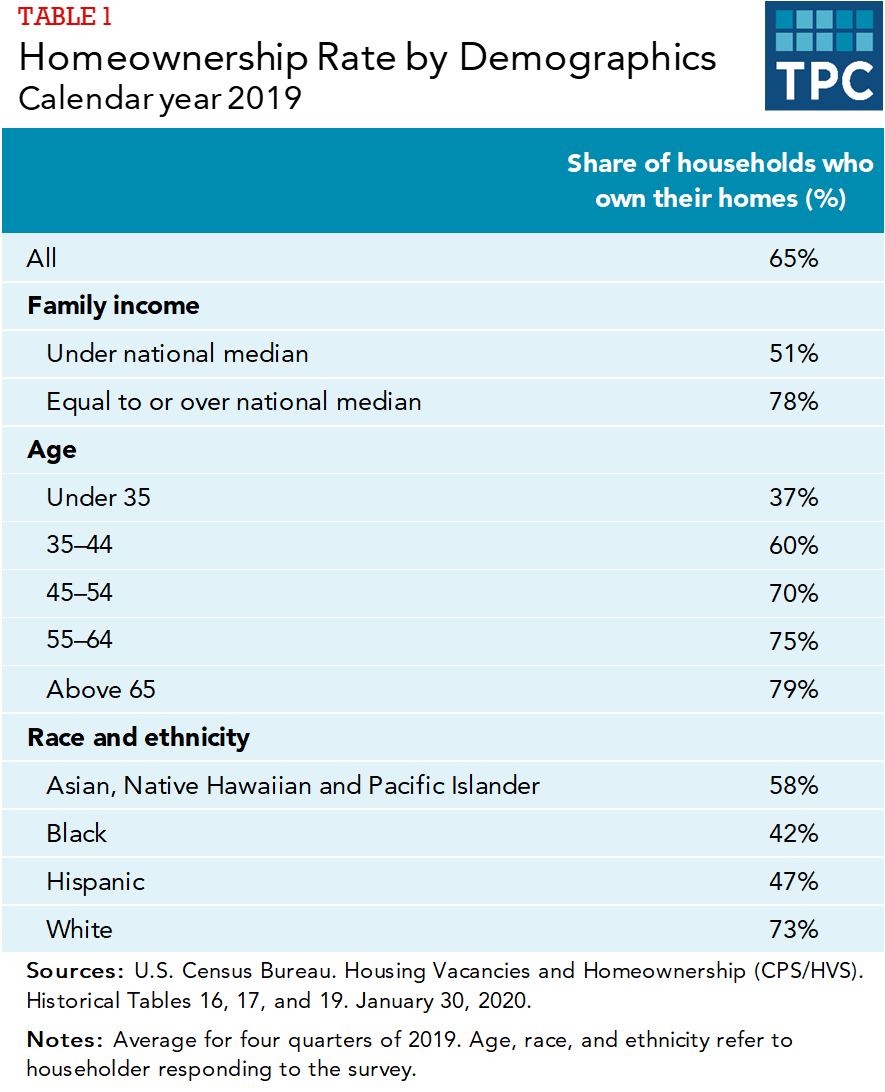 Because the major tax deductions for homeowners are only available to taxpayers who itemize deductions, currently about 10 percent of all households, and are worth more to high-income households, which face the highest tax rates, the deductibility of property taxes and mortgage interest most helps households that would likely own their own homes even without a tax subsidy. Low-income households, which typically are most in need of aid to afford homeownership, get little or no benefit from that deductibility. 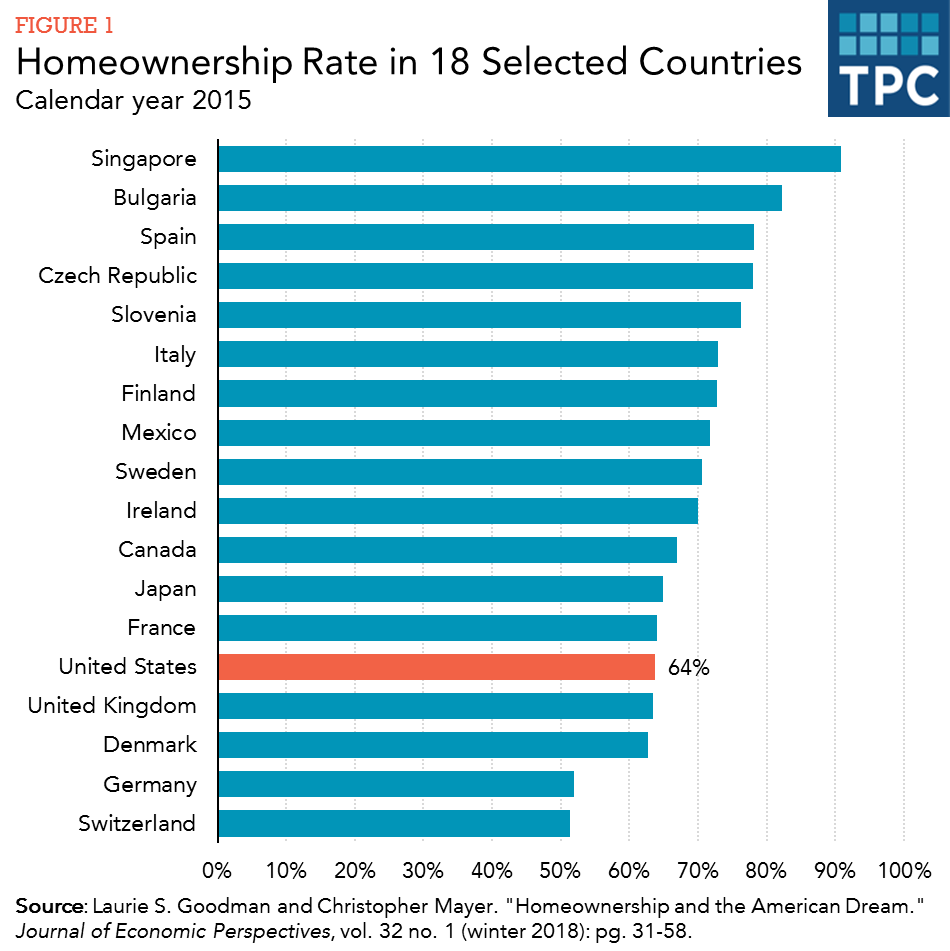 Beyond a base level, subsidies mainly support larger homes and second homes. In effect, the tax benefits encourage middle- and upper-income households to consume more housing than they otherwise would and to incur greater mortgage debt. Limits on the amount of mortgage debt for which taxpayers may deduct interest costs do, however, constrain those subsidies to some degree.

Housing subsidies reduce the after-tax cost of housing at any given level of housing prices. This reduced cost raises demand for owner-occupied housing and thus drives up the price, particularly where land is scarce. By reducing the after-tax cost of housing, the subsidies enable people to pay more than they otherwise would. The resulting increase in demand for housing causes prices to rise, and rise most in markets where supply cannot easily increase to meet that higher demand.

Hilber, Christian A. L., and Tracy M. Turner. 2014. “The Mortgage Interest Deduction and Its Impact on Homeownership Decisions.” Review of Economics and Statistics 96 (4): 618–37.

Toder, Eric J. 2013. “Options to Reform the Home Mortgage Interest Deduction.” Testimony before the Committee on Ways and Means, US House of Representatives, Washington, DC, April 25.