How does the earned income tax credit affect poor families?

How does the earned income tax credit affect poor families?

The EITC is the single most effective means tested federal antipoverty program for working-age households—providing additional income and boosting employment for low-income workers. 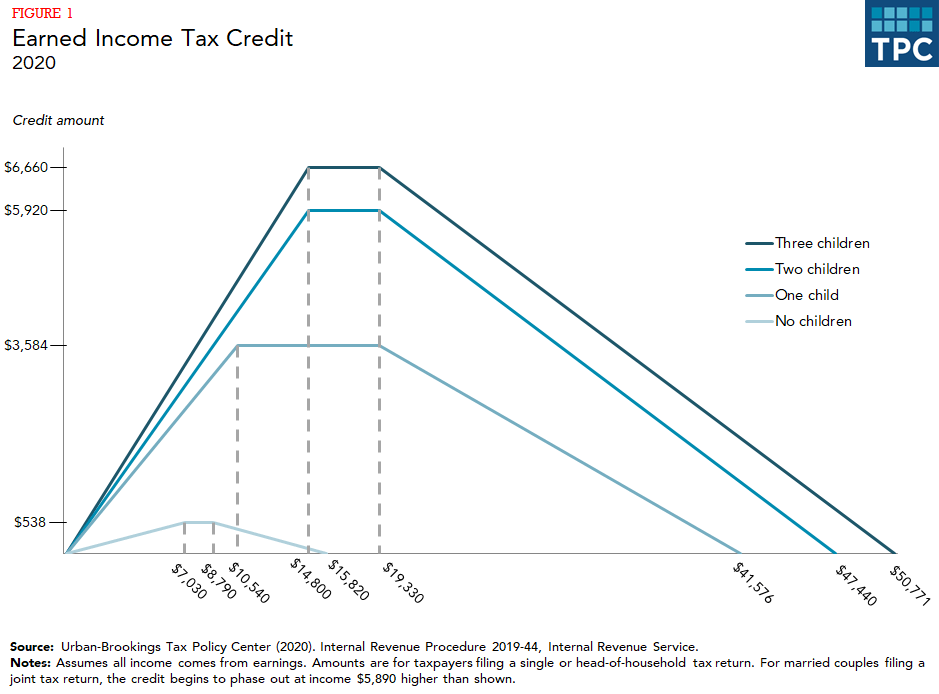 POVERTY AND THE EITC

Official estimates of poverty compare the before-tax cash income of families of various sizes and compositions with a set of thresholds. The official poverty measure excludes the effect of federal tax and noncash transfer programs on resources available to the family. Thus, although the EITC adds income to poor households, it does not change the official number of those living in poverty.

To understand how the social safety net changes resources, the US Census Bureau has developed a supplemental poverty measure that includes additional resources available to families (and additional expenses) not captured in the official measure (Fox 2019). To determine how well off a family is, the supplemental poverty measure compares resources available to resources needed, taking into account regional differences.

Resources needed include not only basic items such as food and housing, but also taxes and expenses such as those associated with work and health care. Resources available include government transfers, including noncash transfers, and refundable tax credits such as the EITC. Official Census publications show that together, the child tax credit and the EITC lifted 8.9 million people out of poverty in 2018 (Fox 2019). The Center on Budget and Policy Priorities separates the effects of the EITC and the child tax credit and calculates that the EITC was responsible for lifting 5.6 million people out of poverty in 2018 (CBPP 2019). This makes the EITC the single most effective program targeted at reducing poverty for working-age households.

Substantial research confirms that the EITC encourages single people and primary earners in married couples to work (Dickert, Houser, and Scholz 1995; Eissa and Liebman 1996; Meyer and Rosenbaum 2000, 2001). The credit, however, appears to have little effect on the number of hours people work once they are employed. Although the EITC phaseout could cause people to reduce their work hours (because credits are lost for each additional dollar of earnings, effectively a surtax on earnings in the phaseout range), there is little evidence that this actually happens. (Meyer 2002).

The most recent relevant study found that a $1,000 increase in the EITC led to a 7.3 percentage point increase in employment and a 9.4 percentage point reduction in the share of families with after tax and transfer income in poverty (Hoynes and Patel 2015). If this employment effect were included in census estimates of poverty reduction (rather than just the dollars transferred through the credit), the number of people lifted out of poverty would be much greater.