To increase health insurance coverage, the ACA provided individuals and small employers with a tax credit to purchase insurance and imposed taxes on individuals with inadequate coverage and on employers who do not offer adequate coverage. To reduce health care costs and raise revenue for insurance expansion, the ACA imposed an excise tax on high-cost health plans. To raise additional revenue for reform, the ACA imposed excise taxes on health insurers, pharmaceutical companies, and manufacturers of medical devices; raised taxes on high-income families; and in-creased limits on the income tax deduction for medical expenses.

ACA tax provisions in effect in 2019 (table 1) include the following: 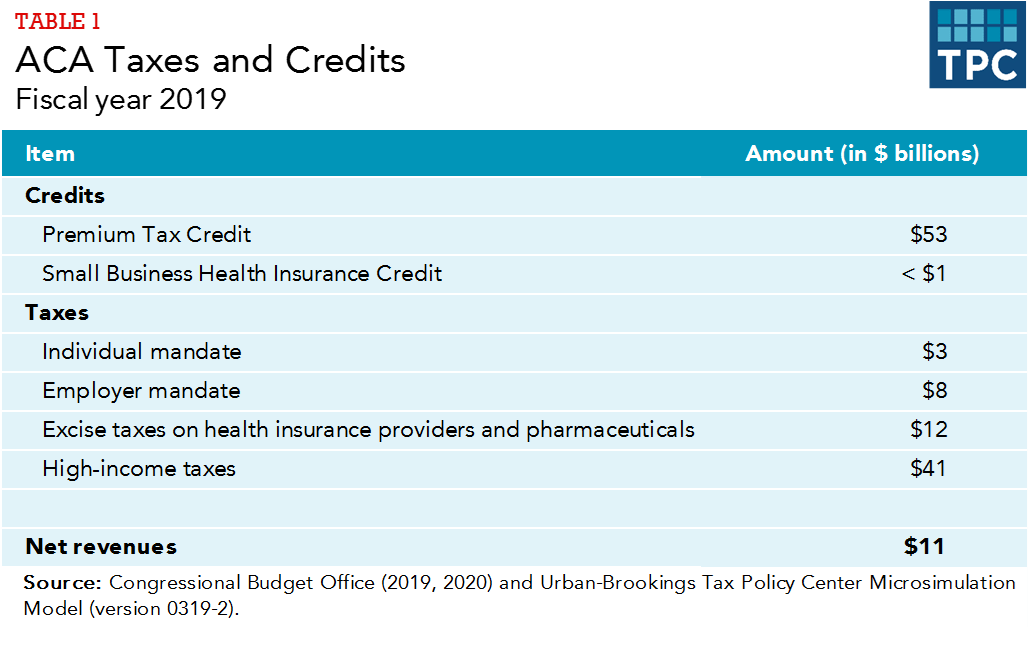 Finally, these ACA provisions have been permanently repealed:

———. 2019b. “Revenue Projections, by Category.” Supplemental tables to The Budget and Economic Outlook: 2020 to 2030. Washington, DC: Congressional Budget Office.