How does the federal tax system affect low-income households?

How does the federal tax system affect low-income households?

Most low-income households do not pay federal income taxes, typically because they owe no tax (as their income is lower than the standard deduction) or because tax credits offset the tax they would owe. Some receive substantial rebates via refundable tax credits. However, nearly all low-income workers are subject to the payroll tax.

In many cases, low-income households owe no income tax. All households can claim a standard deduction to reduce their taxable income, and many families with children can offset income taxes with the child tax credit. In 2020, the standard deduction is $24,800 for married couples, $18,650 for single parents, and $12,400 for singles. Prior to the Tax Cuts and Jobs Act, families could also reduce the amount of income they owed tax on by a per-person exemption. The TJCA reduced the personal exemption to $0. Households with income above the standard deduction often still do not owe federal income because they can claim child tax credits, which can offset up to $2,000 of taxes for each child under 17 and $500 for other dependents, including older children.

Households can have negative federal income tax rates if they receive refundable tax credits. The EITC is a refundable credit that subsidizes earnings, particularly for workers with children. The CTC provides workers with children a credit of up to $2,000 per child under age 17, up to $1,400 of which can be received as a refund. Together, these credits deliver substantial assistance to low-income families with children. (A small EITC is also available to childless workers.) If refundable credits exceed taxes owed, households receive the excess as a payment. The net refunds created by these credits show up as negative average tax rates. 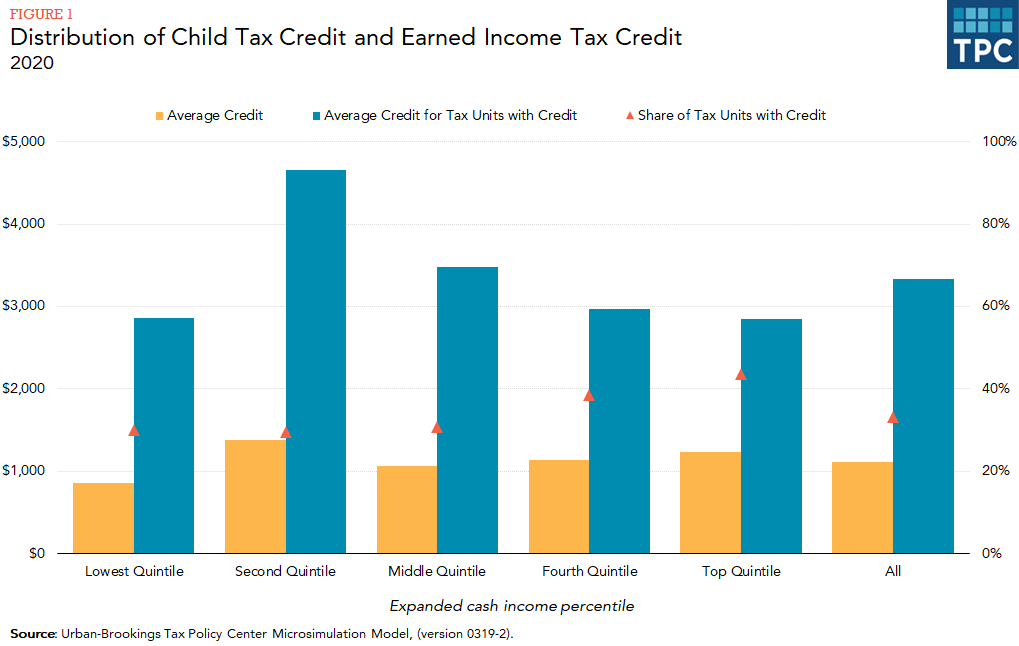 HOW HAVE EFFECTIVE TAX RATES FOR LOW-INCOME HOUSEHOLDS CHANGED OVER TIME? 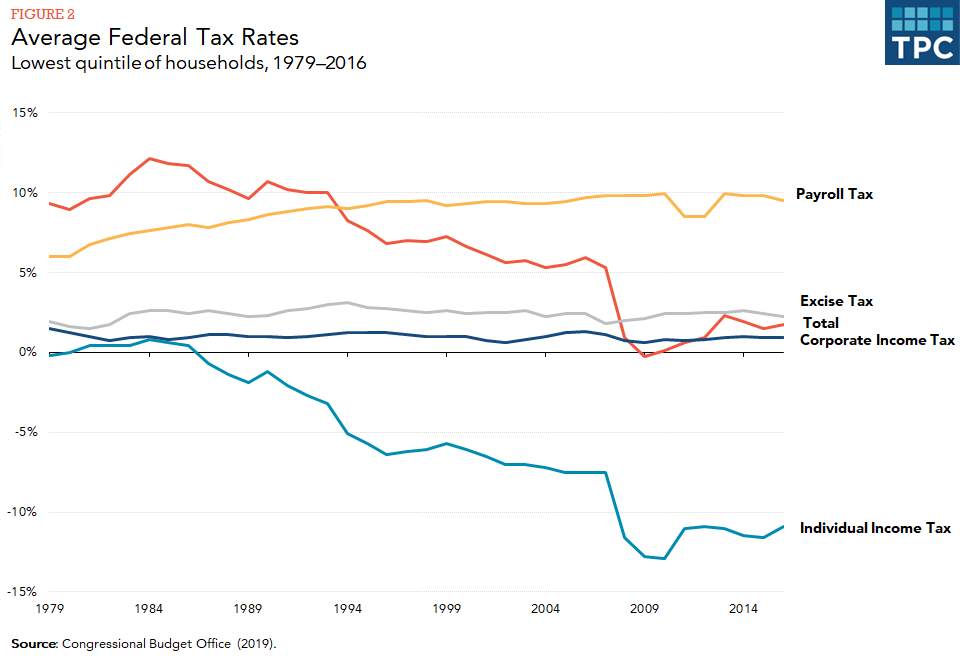