What is the Medicare trust fund, and how is it financed?

What is the Medicare trust fund, and how is it financed?

The Medicare trust fund finances health services for beneficiaries of Medicare, a government insurance program for the elderly, the disabled, and people with qualifying health conditions specified by Congress. The trust fund is financed by payroll taxes, general tax revenue, and the premiums enrollees pay.

The hospital insurance (HI) trust fund, also known as Part A of Medicare, finances health care services related to stays in hospitals, skilled nursing facilities, and hospices for eligible beneficiaries—mainly people over age 65 with a sufficient history of Medicare contributions.

The HI trust fund had receipts of $299.4 billion and a balance of $202 billion at the end of 2017 (table 1). The fund’s chief revenue sources are payroll taxes and income from the taxation of Social Security benefits. Interest payments on trust fund balances, premiums from voluntary enrollees ineligible for Medicare coverage based on their earnings records, transfers from the general fund and the Railroad Retirement account, and miscellaneous receipts supply the remainder of revenues. 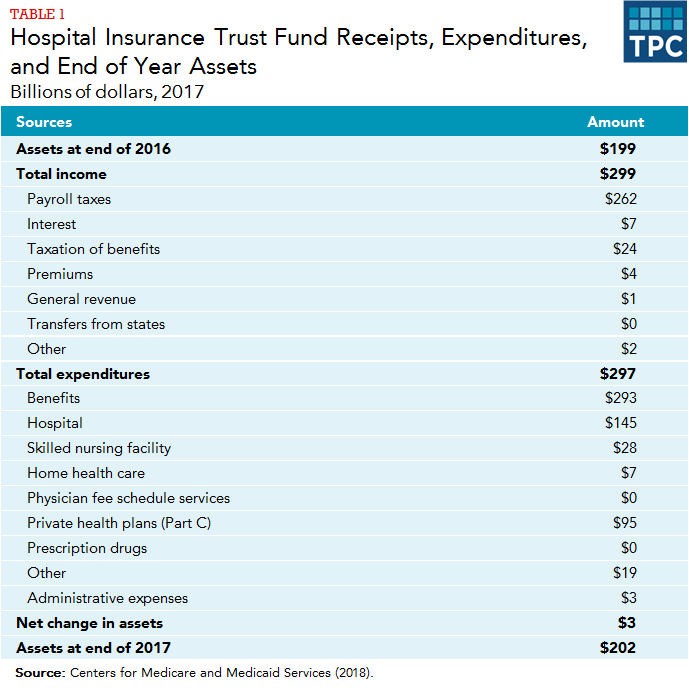 The SMI trust fund received $405.8 billion in revenues and had $87.7 billion in assets at the end of 2017 (table 2). Unlike the HI fund, no payroll taxes are dedicated to SMI. Instead, the fund’s chief revenue sources are contributions from the general fund (receipts from other sources, such as individual income taxes, corporate taxes, and excise taxes), premiums from participants (there are separate premiums for Parts B and D), and a small amount of interest on trust fund balances and miscellaneous receipts. Because the bulk of SMI’s funding comes from the general fund, the trust fund balance mainly serves to cover temporary shortfalls and is kept low. High reserves are not required as long as general fund revenues and borrowing automatically rise with costs. 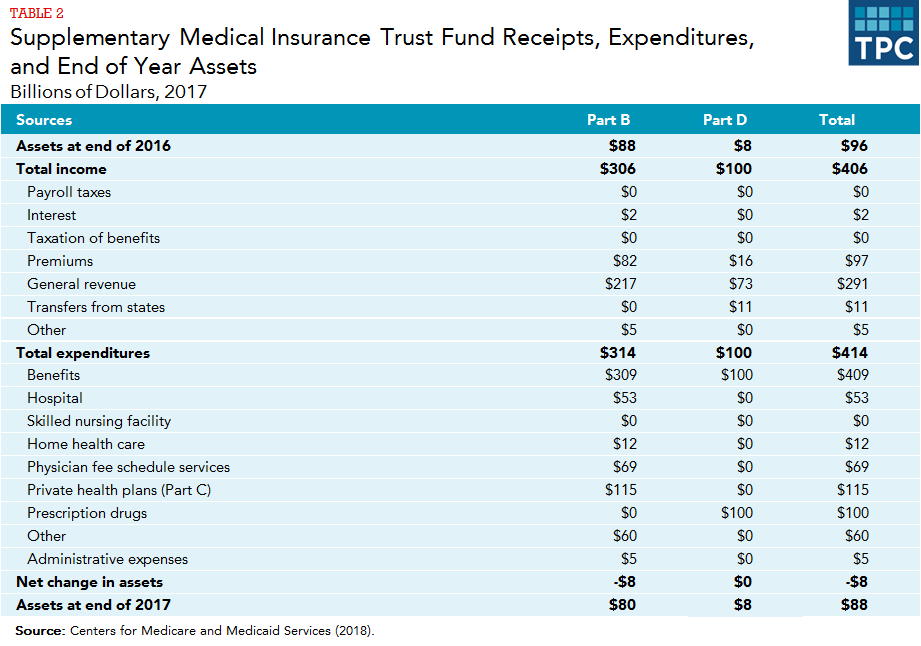 Like the Old-Age and Survivors Insurance and Disability Insurance trust funds, the HI trust fund faces long-term deficits (figure 1). (The SMI fund, primarily financed by general revenue, does not face these trust fund imbalances, though it still adds growing pressure to the overall budget.) As the number of Medicare beneficiaries increases from about 58.4 million in 2017 to nearly 80 million by 2030, the number of workers per beneficiary will decline from 3.1 to 2.4. The cost of health care has increased rapidly as well—though this dynamic has slowed but not stopped during and following the Great Recession—putting further pressure on program costs. HI trust expenditures exceeded taxes for several years up to 2016, and though these outflows and inflows will roughly stabilize for a few years, the fund is projected to be exhausted by 2027. These pressures now and in the future will force lawmakers to find ways to finance promised benefits or cut services or provider payment rates. 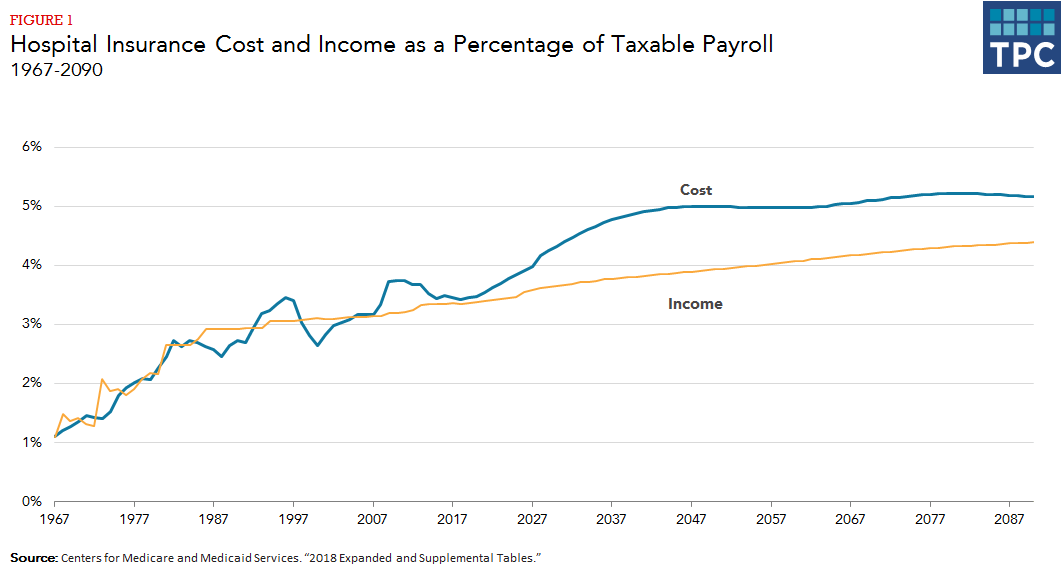