How do US taxes compare internationally?

How do US taxes compare internationally?

US taxes are low relative to those in other high-income countries (figure 1). In 2018, taxes at all levels of US government represented 24 percent of gross domestic product (GDP), compared with an average of 34 percent for the other 35 member countries of the Organisation for Economic Co-operation and Development (OECD). 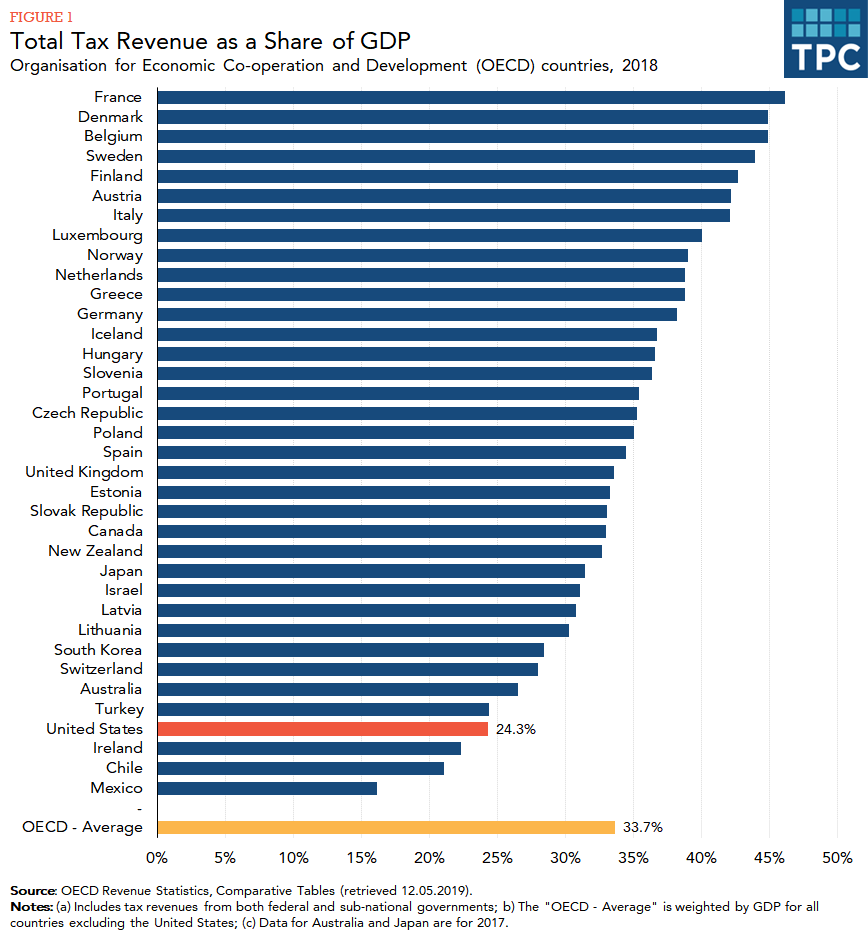 Income and Profits Taxes: Taxes on personal income and business profits made up 45 percent of total US tax revenue in 2018, a higher share than in most other OECD countries, where such taxes averaged 34 percent of the total (figure 2). Australia, Denmark, and New Zealand topped the United States in this category, generating over half of their total revenue from such taxes. In the United States, taxes on income and profits of individuals alone generated 41 percent of total tax revenue, compared with 24 percent on average within the OECD.

Social Security Contributions: The United States collected slightly less revenue from retirement, disability, and other social security programs—25 percent of total tax revenue—than the 26 percent OECD average. Some countries were well above that average: the Czech Republic, Japan, Slovak Republic, and Slovenia each collected 40 percent or more of their revenue from social security contributions.

Property Taxes: Property taxes provided almost twice as large a share of US tax revenue—12 percent in 2018—than the OECD average of 6 percent. Almost all revenue from taxes on property in the United States is collected by state and local governments. 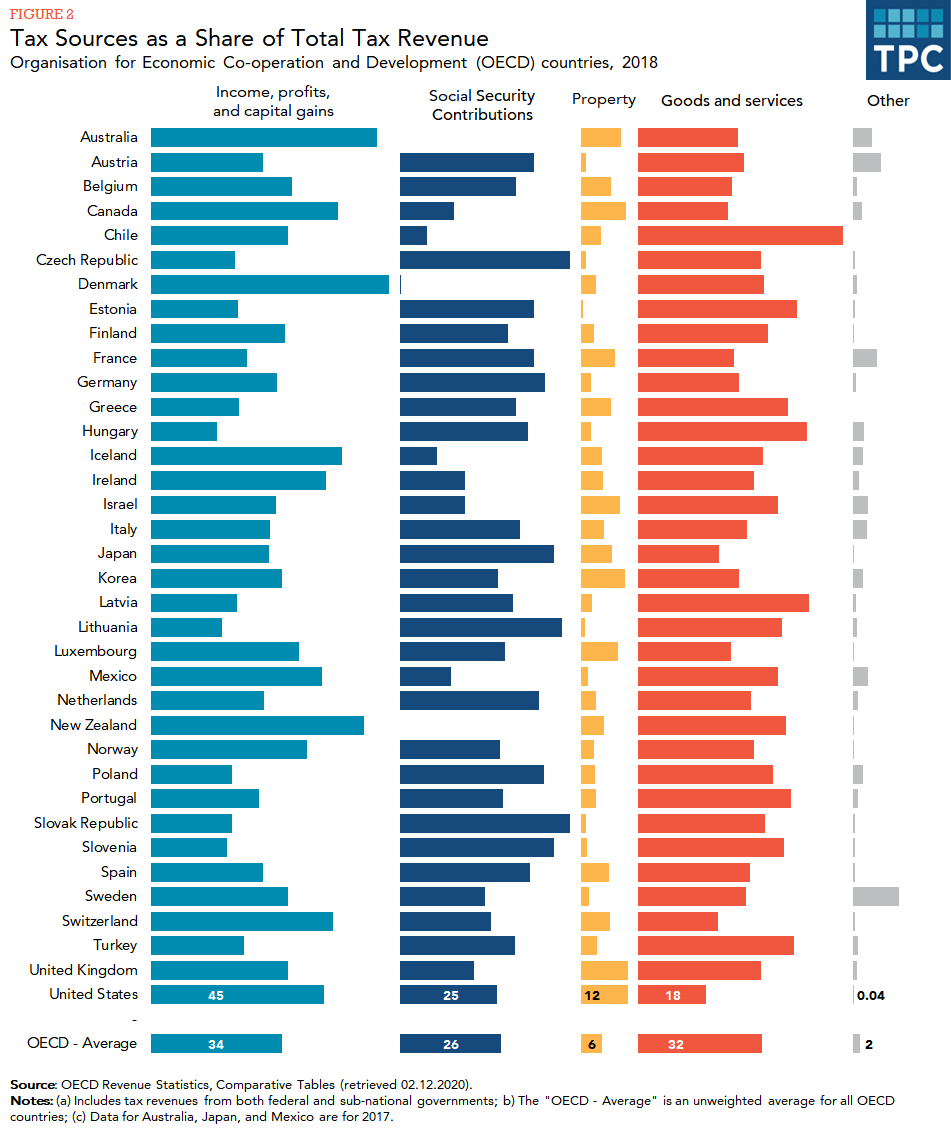 Gleckman, Howard, and Aravind Boddupalli. 2019. “No, The US Is Not Overtaxed.” TaxVox. Washington, DC: Urban-Brookings Tax Policy Center. August 20.