What are the sources of revenue for the federal government?

What are the sources of revenue for the federal government? 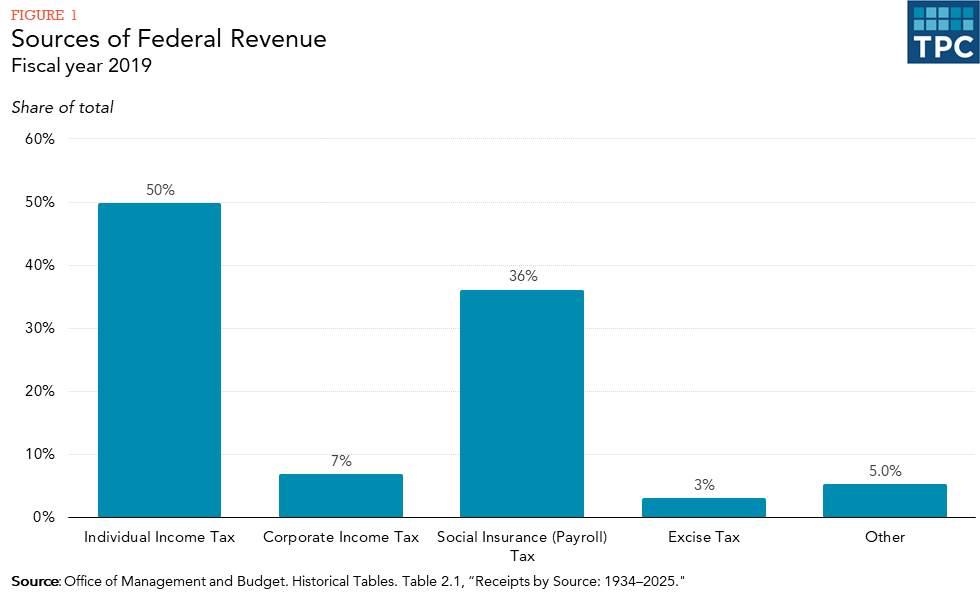 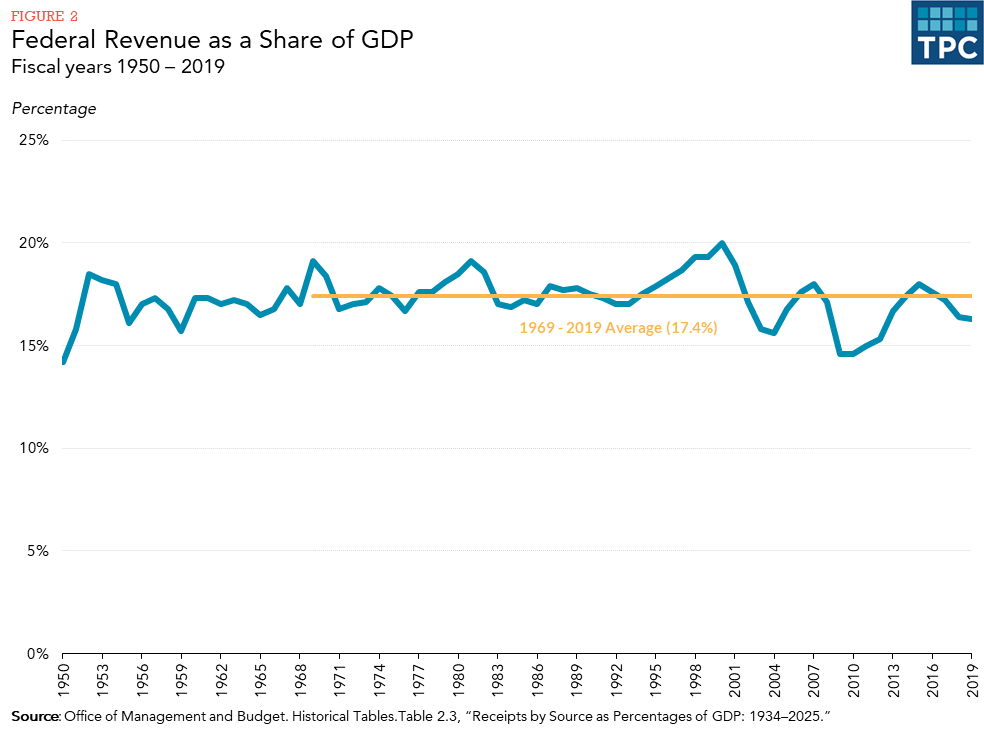 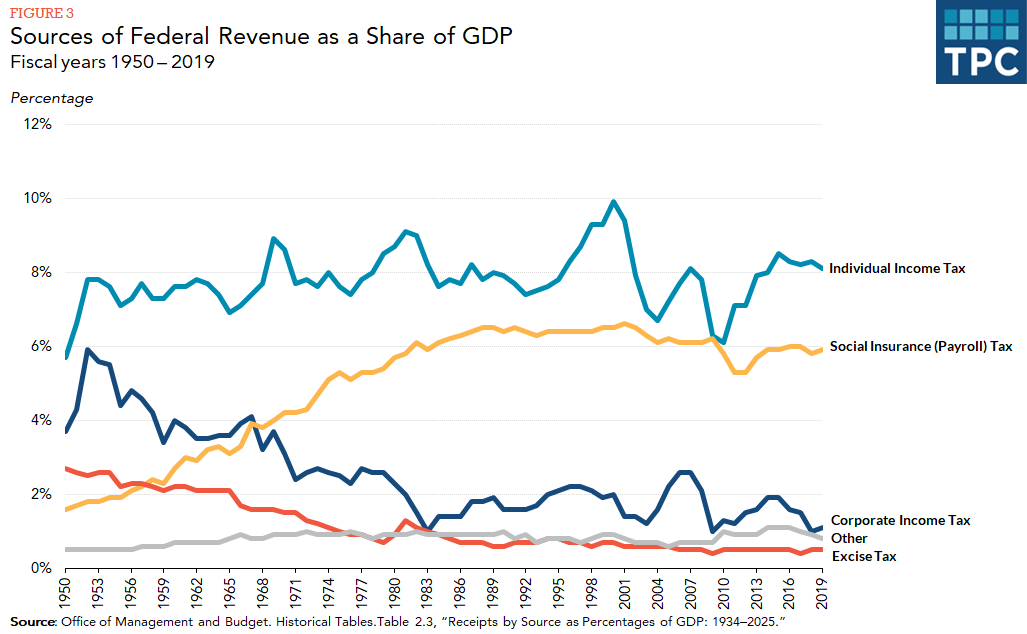 Taxes on purchases of goods and services, including gasoline, cigarettes, alcoholic beverages, and airline travel, generated 2.9 percent of federal revenue in 2019. But these taxes, too, are on the wane: excise tax revenues have fallen steadily from an average of 1.7 percent of GDP in the late 1960s to an average of 0.5 percent over 2015 to 2019 (figure 3).

The federal government also collects revenue from estate and gift taxes, customs duties, earnings from the Federal Reserve System, and various fees and charges. In total, these sources generated 5.0 percent of federal revenue in 2019. They have ranged between 0.6 and 1.0 percent of GDP since 1965 (figure 3). In recent years, the figure has been on the high end of that range because of unusually high profits of the Federal Reserve Board related to its efforts to stimulate the economy since 2008.

The individual income tax has provided nearly half of total federal revenue since 1950, while other revenue sources have waxed and waned (figure 4). Excise taxes brought in 19 percent of total revenue in 1950, but only about 3 percent in recent years. The share of revenue coming from the corporate income tax dropped from about one-third of the total in the early 1950s to 7 percent in 2019. In contrast, payroll taxes provided more than one-third of revenue in 2019, more than three times the share in the early 1950s. 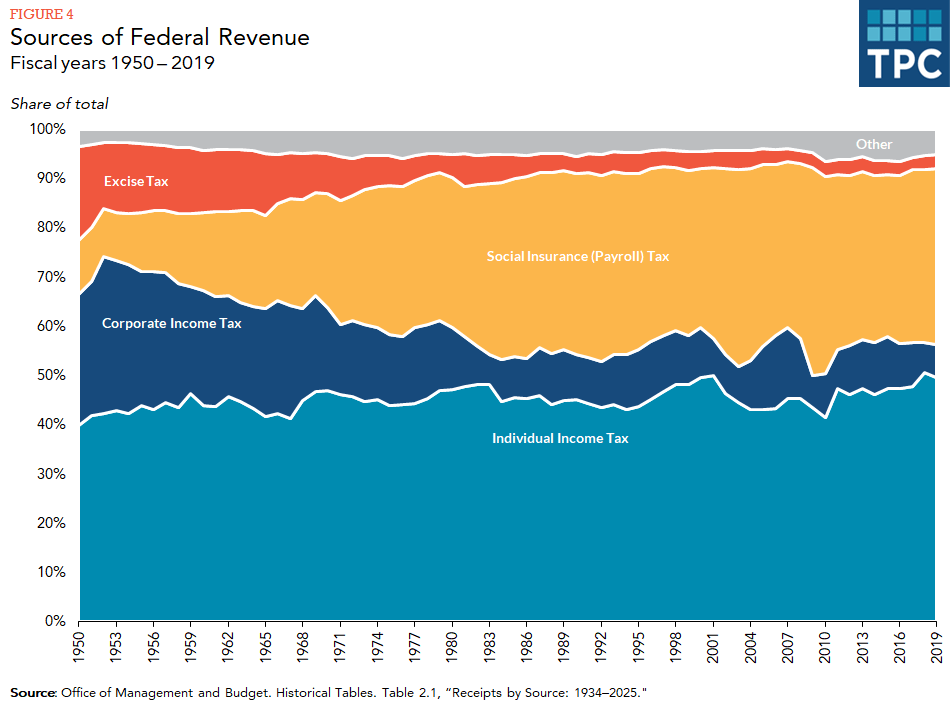