In 2020, 28 states and the District of Columbia offered their own earned income tax credit (EITC). States typically set their credits as a percentage of the federal EITC. However, unlike the federal credit, some state EITCs are not refundable, which makes them much less valuable to very low-income families who rarely owe income tax.

Twenty-eight states and DC offered their own earned income tax credit (EITC) in 2020. This does not include Washington’s credit which, while a part of the state’s tax code, has never been implemented or funded. If Washington did fund its credit, it would be the only state without an income tax to offer an EITC.

In all but six states—Delaware, Hawaii, Ohio, Oklahoma, South Carolina, and Virginia—state EITCs, like the federal credit, are refundable. That is, if a refundable credit exceeds a taxpayer’s state income tax, the taxpayer receives the excess amount as a payment from the state. A nonrefundable EITC can only offset state income taxes, so the benefit is limited for low-income families with little taxable income.

California, Maine, and Maryland are the first states to make residents without qualifying children ages 18 to 24 eligible for their state credit. (These filers are not eligible for the federal credit, which can only be claimed by childless workers ages 25 to 64.) Minnesota allows such filers ages 21 to 24 to claim their credit. 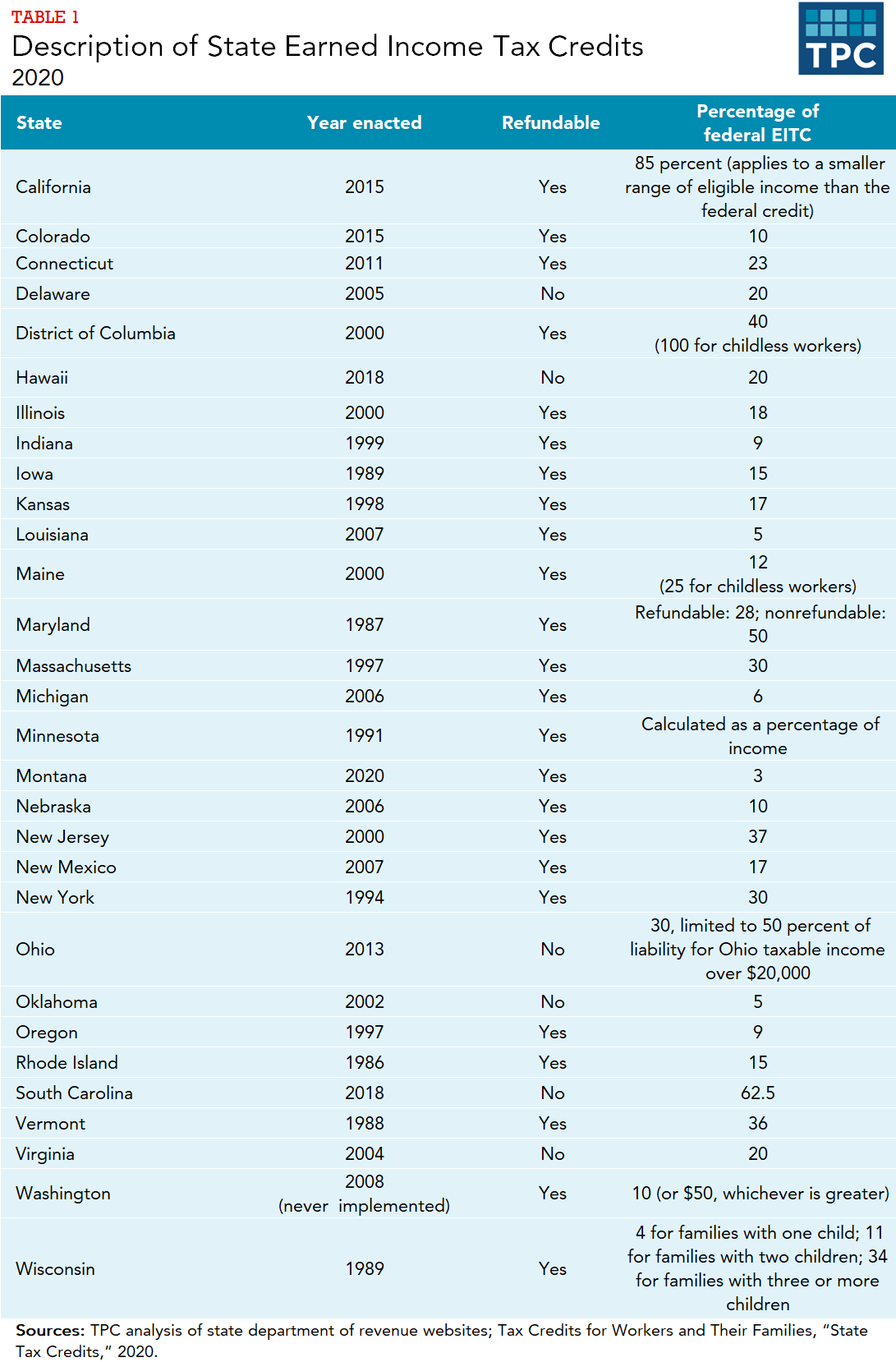 ———. 2015b. “Federal and State Income Taxes and Their Role in the Social Safety Net.” Washington, DC: Urban Institute.