How do phaseouts of tax provisions affect taxpayers?

How do phaseouts of tax provisions affect taxpayers?

Many preferences in the tax code phase out for high-income taxpayers—their value falls as income rises. Phaseouts narrow the focus of tax benefits to low- and middle-income households while limiting revenue costs, but raise marginal tax rates for affected taxpayers.

Many preferences in the tax code phase out for higher-income taxpayers, meaning their value declines after income reaches a certain level. Phaseouts target tax benefits on middle- and lower-income households and limit the loss of revenue. Phaseouts, however, not only claw back benefits from the more affluent, but also increase the effective marginal tax rate these taxpayers face, decreasing the after-tax gains of earning more income.

Some taxpayers are affected by multiple tax provisions phasing out at the same time, compounding the negative impact on their earning incentives. More broadly, phaseouts complicate the tax code and make taxes more difficult to understand.

HOW DO PHASEOUTS WORK?

Phaseouts are structured in different ways and thus have different effects. Some reduce credits and thus have the same impact on all affected taxpayers. Others reduce deductions, in which case their dollar impact depends on the taxpayer’s marginal tax rate: the higher the tax rate, the greater the value of the lost deduction.

Some phaseouts, however, reduce benefits by a specified amount for each fixed increment of income. For example, the child tax credit decreases by $50 for every $1,000 or part of $1,000 in additional income above the phaseout threshold. Whether income exceeds the threshold by $1 or by $999, the credit falls by the same $50, so earning a few more dollars could make a taxpayer worse off.

Some phaseouts have more pronounced cliffs, so the benefit drops in large increments when income exceeds the threshold. For example, in 2020, the limit on the deduction for higher education tuition and fees drops from $4,000 to $2,000 for a single tax filer whose income exceeds $65,000 by even $1. Then the limit drops to zero for filers whose income tops $80,000. Again, just a few dollars of additional income could leave a taxpayer whose income is near the cliff much worse off.

In addition to phaseouts, the tax code also contains phase-ins. For example, a portion of Social Security benefits becomes taxable only when a taxpayer’s income reaches certain thresholds, and the taxable portion increases (up to a maximum of 85 percent) as the amount by which income exceeds those thresholds increases.

WHERE ARE PHASEOUTS MOST COMMON? 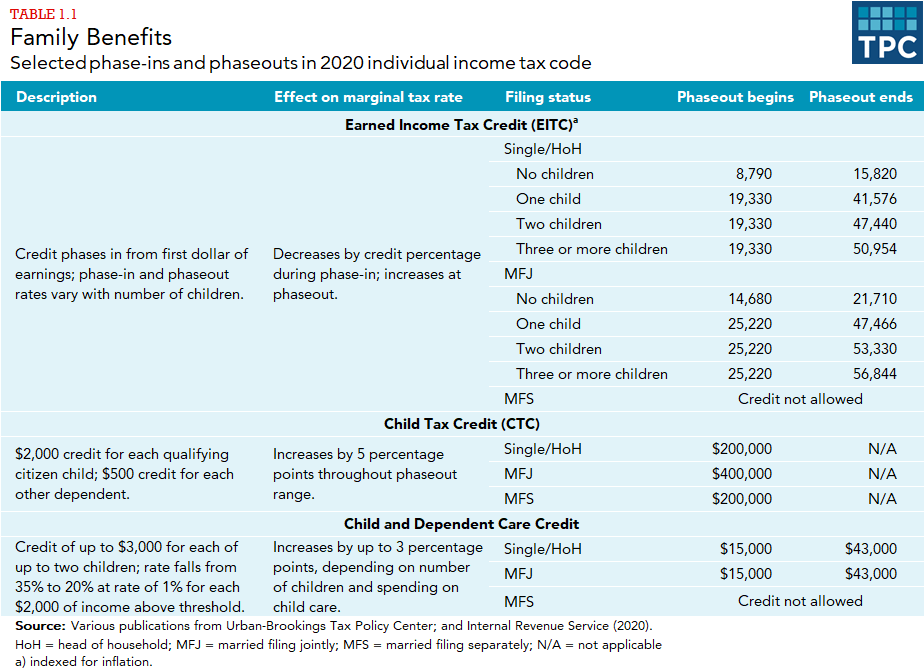 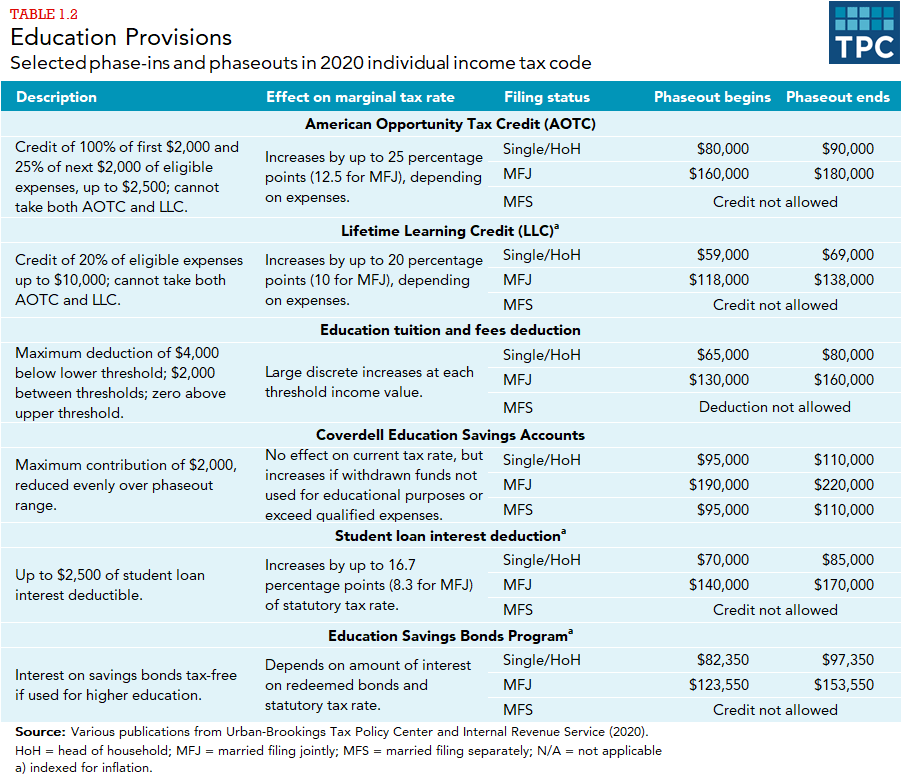 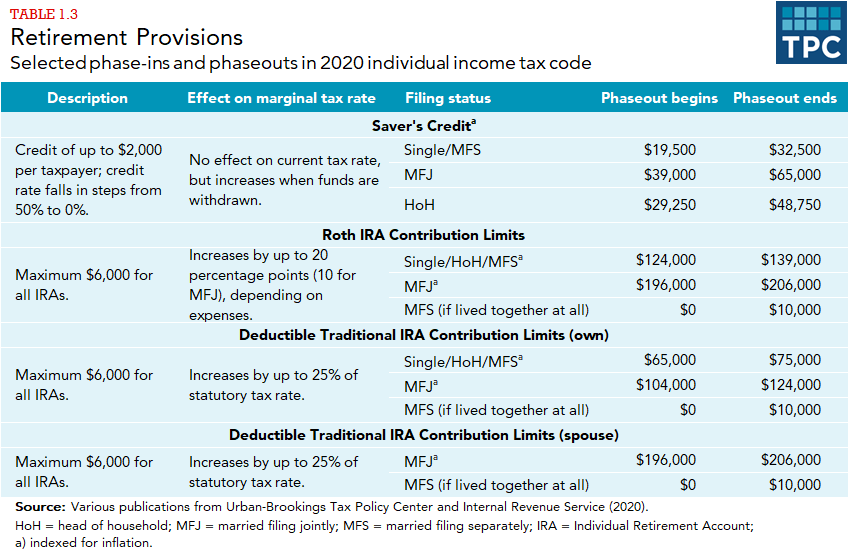 Phaseouts can create both marriage bonuses and penalties. A marriage bonus reduces a couple’s combined tax bill compared to what they would pay if they were not married and filed separate returns. For example, in 2020, phaseout of the CTC begins at $400,000 for married taxpayers and $200,000 for all other taxpayers. If one spouse in a couple with a child has $300,000 of income and the other has none, their combined income is under the joint filers’ threshold for phaseout of CTC and they can claim a child tax credit. If they were not married, the higher-income spouse could not claim the CTC because his or her income was too high, and the lower-income spouse could not claim the credit because he or she had no income.