No, The US Is Not Overtaxed

Despite what you may have heard, Americans are taxed less than residents of almost any other major developed country. And in 2017, the US ran a budget deficit that was bigger, as a share of its economy, than all other developed countries.

The data are from the Organisation for Economic Co-operation and Development (OECD) and they are striking. In 2017, total tax revenue for all levels of government (federal, state, and local) in the US was 27.1 percent of Gross Domestic Product (GDP)—far below the OECD average of 36.1 percent. Of the 36 OECD nations, only five collected less tax as a share of their economy than the US. 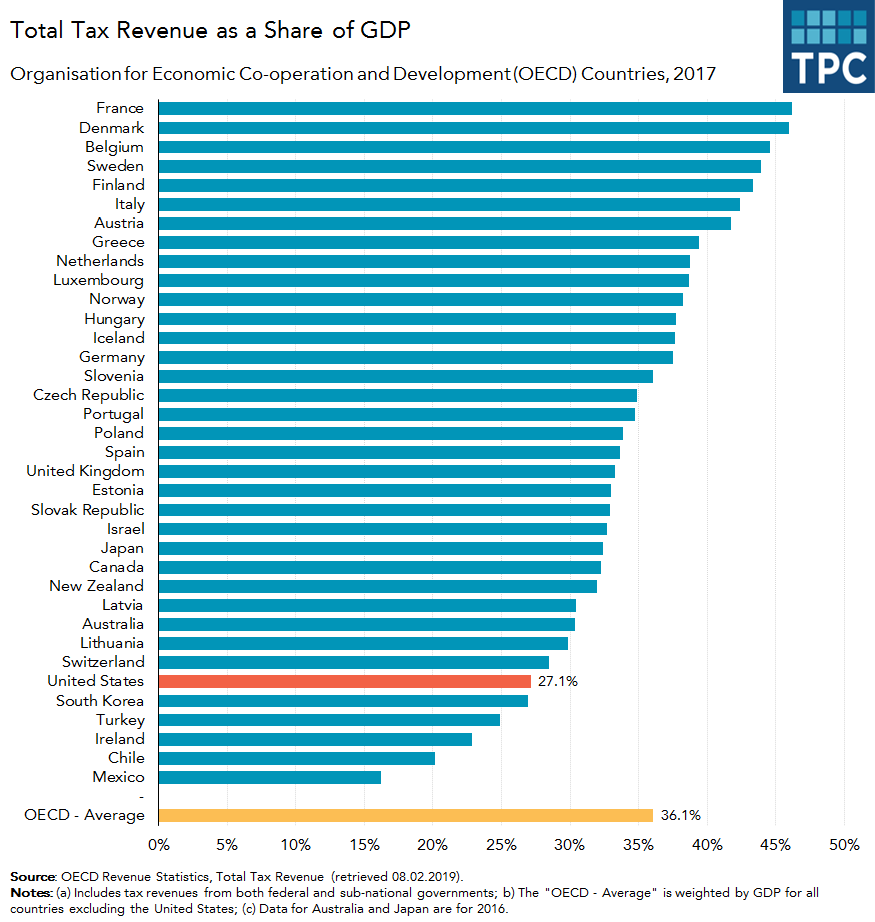 What about the deficit? In 2017, of the 36 OECD countries, the US was dead last for the size of its federal budget deficit as a share of GDP at 4.1 percent. The OECD average: 0.3 percent of GDP. About one-third of the 36 nations ran surpluses that year, including Greece(!). 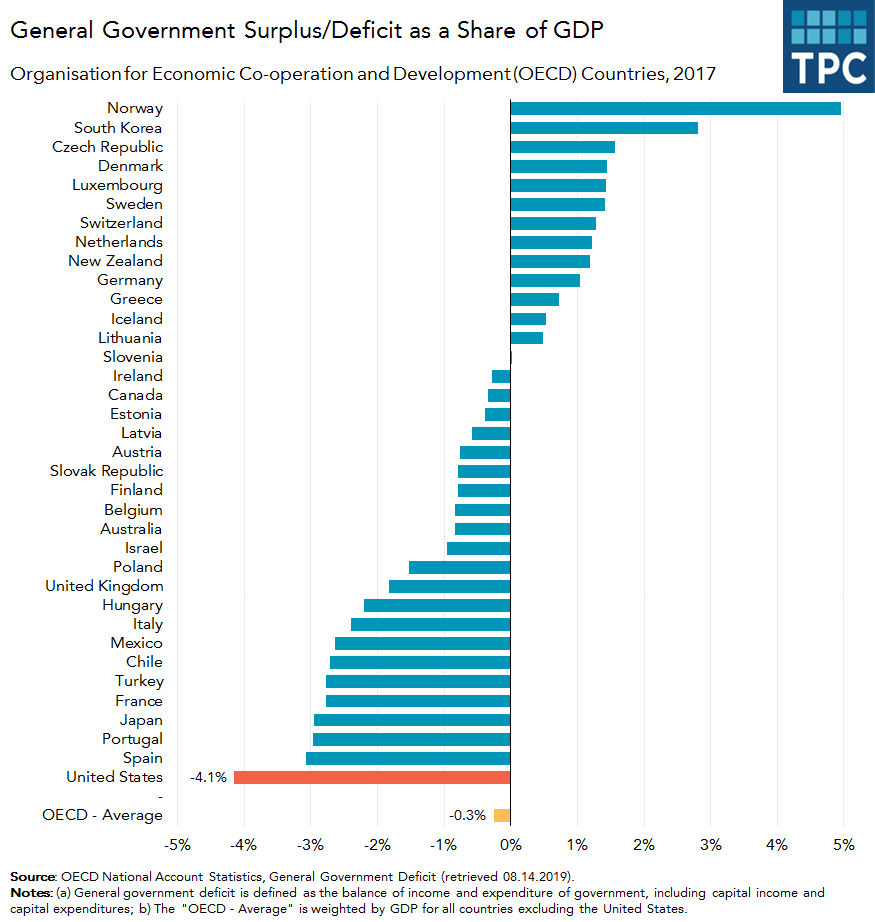 Keep in mind that the OECD averages are weighted for GDP for all countries except the US. In addition, they are for 2017. In 2018, US federal receipts fell significantly, due to the Tax Cuts and Jobs Act (TCJA), while state and local revenues rose thanks to the strong economy and some elements of the TCJA. The US federal budget deficit also increased that year, thanks to a combination of the 2017 tax cuts and congressionally-mandated spending increases.

Most troubling about this fiscal situation was that federal receipts were low and falling, and the deficit was high and rising, at a time when the US economy was strong.

These numbers are good to remember next time someone tells you the US is overtaxed. We are not, relative to the rest of the world or relative to our demands for public benefits and services.