How do marijuana taxes work?

How do marijuana taxes work?

Marijuana sales are legal and taxed in nine states. States currently levy three types of marijuana taxes: as a percentage of price (either the retail or wholesale price), based on weight (i.e., per ounce), and based on the drug’s potency (i.e., THC level). Some states use a combination of these taxes.

HOW MUCH REVENUE DO STATE AND LOCAL GOVERNMENTS RAISE FROM MARIJUANA TAXES?

Although prohibited under federal law, marijuana sales are legal and taxed in nine states: Alaska, California, Colorado, Illinois, Massachusetts, Michigan, Nevada, Oregon, and Washington. Marijuana is legal in Maine and Vermont but neither state has established its tax system yet. The District of Columbia also legalized marijuana but Congress currently prevents the city from regulating and taxing sales (figure 1). 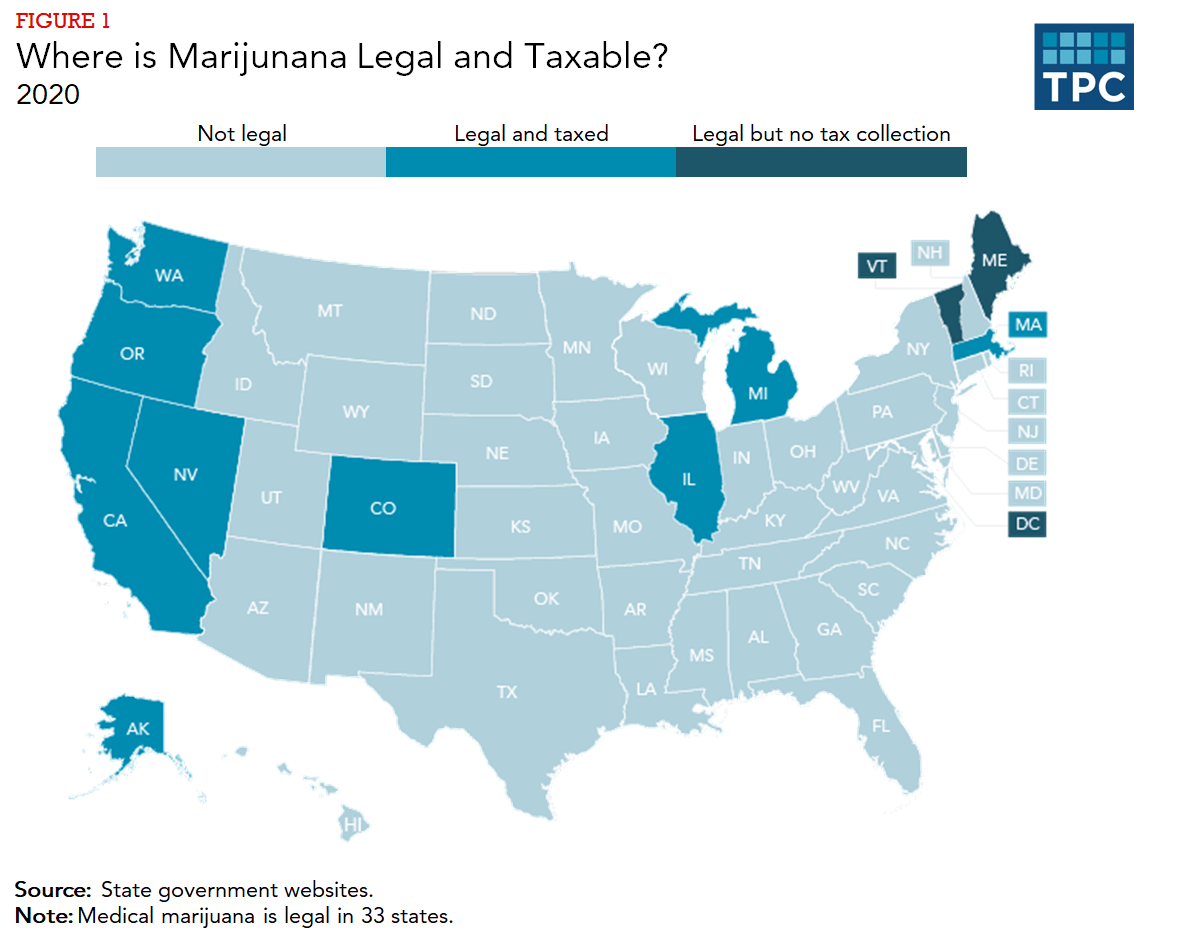 Colorado  and Washington have collected marijuana taxes since 2014. In calendar year 2018, Colorado collected $267 million and Washington collected $439 million in state marijuana taxes, or roughly 1 percent of state and local own-source revenue in each state. Four other states reported a full year’s worth of state marijuana tax revenue in 2018: Alaska ($15 million), California ($354 million), Nevada ($87 million), and Oregon ($94 million). All totals were less than 1 percent of state and local own-source general revenue. (Note: None of these totals include local tax revenue.)

Medical marijuana is legal in 33 states and some of these states levy a tax on the purchase. But these tax rates are often the same as or close to the state’s general sales tax rate and do not raise much revenue.

HOW DO MARIJUANA TAX RATES DIFFER?

There are three ways state and local governments tax marijuana.

Percentage-of-price. These taxes are similar to a retail sales tax where the consumer pays a tax on the purchase price and the retailer remits it to the state. A few states levy their percentage of price tax on the wholesale transaction, but it is assumed this cost is then passed on to the consumer in the final purchase price. Some states also let localities levy a percentage of price tax—typically with a maximum rate.

Some states also levy their general sales tax on the purchase of marijuana in addition to the excise taxes. 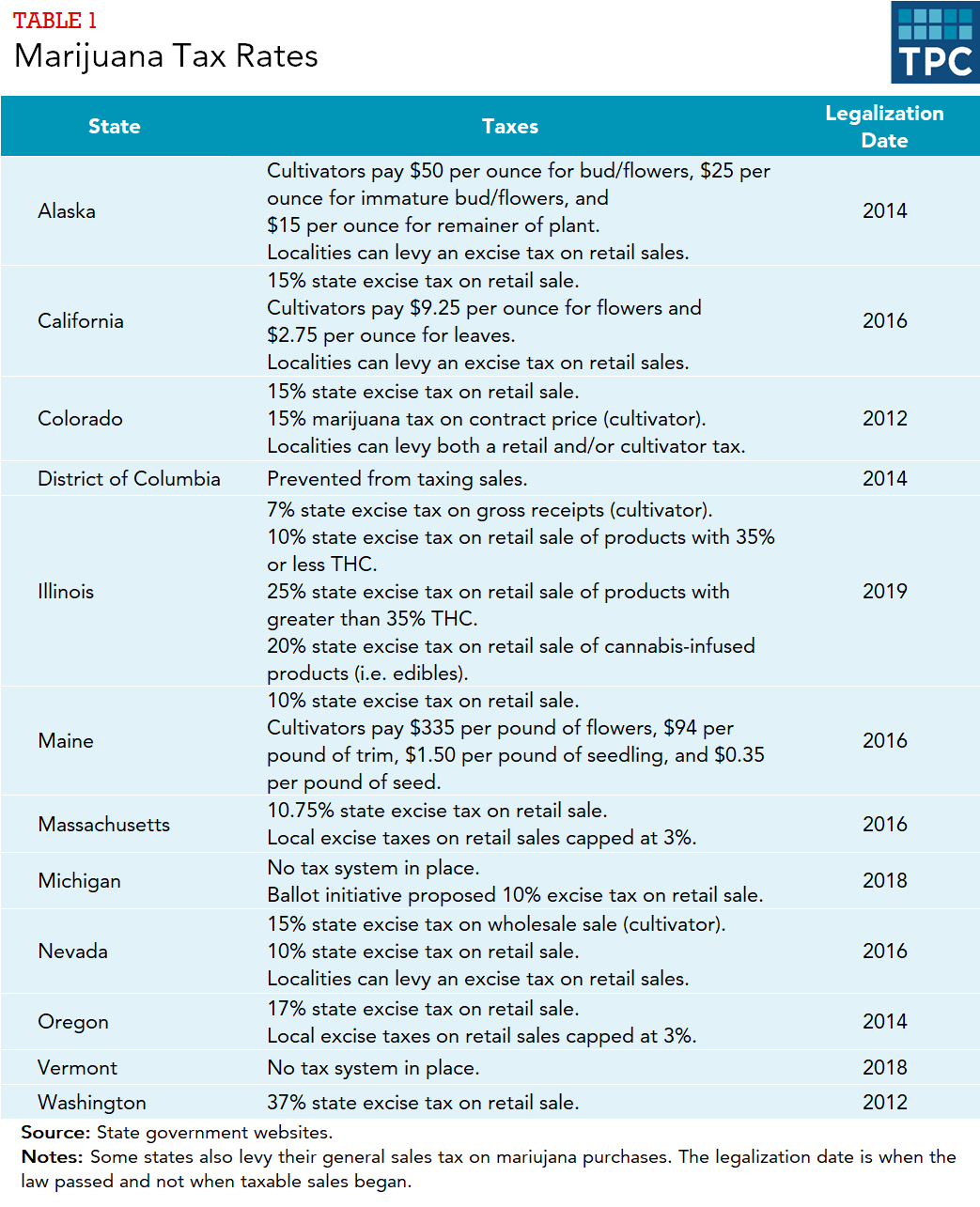 how do states use marijuana revenue?

So far, every state that taxes marijuana has dedicated at least a portion of the resulting revenue to specific programs: