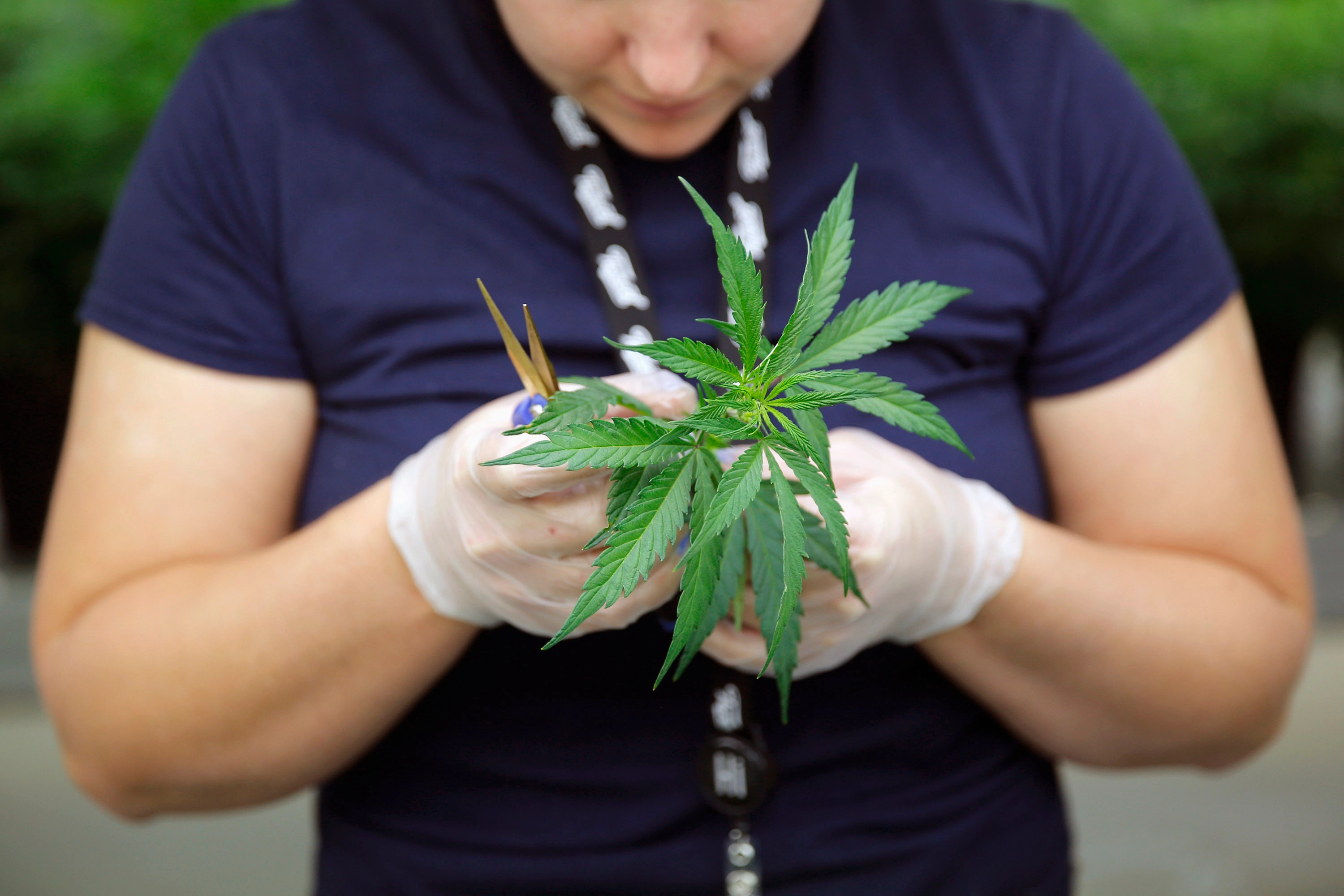 Arkansas, Maryland, Missouri, North Dakota, and South Dakota will vote on legalizing recreational marijuana this November. And cannabis initiatives are already on the 2023 or 2024 ballot in Florida, Nebraska, Ohio, and Oklahoma.

If history is any guide, most of these states will join the 19 states that already allow legal and taxable cannabis sales.

However, that same history suggests voters won’t have the last word on cannabis taxes. In fact, state policymakers more often than not change their state’s cannabis tax after the election.

Since 2012, voters have approved state ballot measures legalizing recreational cannabis 13 times and rejected them only four. 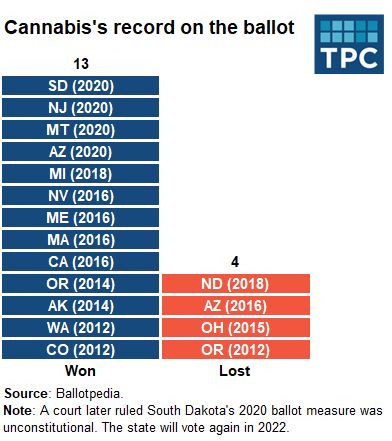 And the four states that rejected legalization had second thoughts. Arizona and Oregon voters already reversed themselves, and North Dakota and Ohio have both put marijuana back on the ballot.

Ballotpedia has election results and much more on all of these state ballot measures.

The ballot measures in Maryland, North Dakota, and South Dakota do not specify a cannabis tax. Maryland’s measure instructs the legislature to enact a tax while the measures in the Dakotas say nothing on the subject.

It’s interesting that taxes were omitted from these ballot measures given how new tax revenue has been a major selling point for legalization campaigns in the past. Still, it’s likely that the legislatures in all three states will eventually add an excise tax—just as every state with legal recreational marijuana has done. But it’s also possible that the legislatures in Arkansas and Missouri will alter their state taxes before consumers start buying legal cannabis.

In fact, five states made changes to the marijuana excise taxes passed by voters before legal sales began.

Additionally, three states made reforms to their cannabis tax systems after sales began.

This is not to imply these legislatures were underhanded or that the voters were sold a bill of goods. All these revisions were aimed at generating more tax revenue or assisting legal cannabis businesses—both central policy goals in legalization efforts.

Instead, the takeaway is cannabis taxes are complicated.

Unlike alcohol, cigarette, and gas, there is no standard state and local cannabis tax. Instead, there are three distinct types of tax: on price, weight, and potency (i.e., the amount of THC). Each can achieve different goals but none can do everything. And state policymakers must also increasingly consider how competition from neighboring states and possible federal reforms could affect their legal market and tax revenue.

So as ballot measures legalizing cannabis spread across the country, expect a lot of voter support and legislative work.