What are the sources of revenue for state governments?

What are the sources of revenue for state governments?

State government revenue comes from income, sales, and other taxes; charges and fees; and transfers from the federal government. Taxes accounted for about half of all general revenue in 2017. 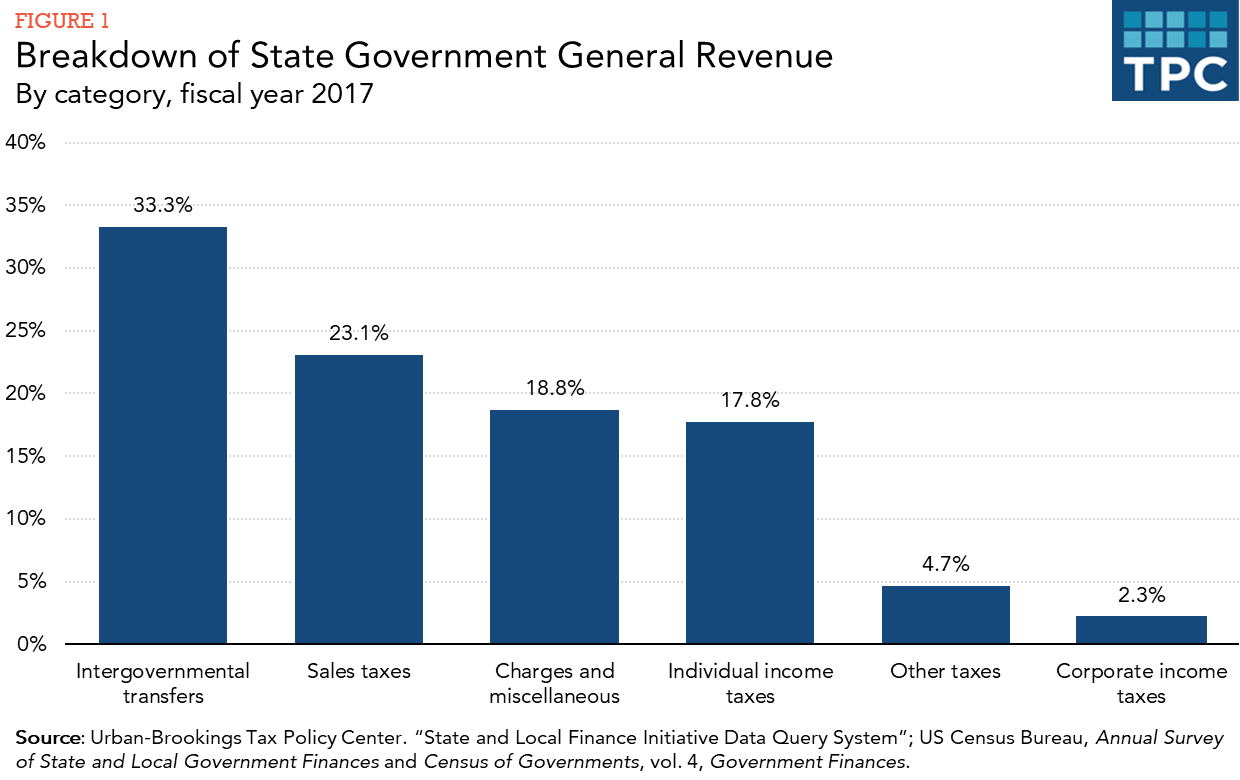 Intergovernmental transfers to state governments—primarily from the federal government—totaled $659 billion in 2017. The largest were federal grants for public welfare programs, predominately Medicaid.

General revenue does not include revenue collected by states from “business-like” enterprises, such as state-run liquor stores, utilities, and pension funds.

Since 1977, the share of state general revenue from intergovernmental transfers, as well as charges and user fees, has increased, while the share from taxes has declined (figure 2). Revenue from charges, user fees, and miscellaneous sources increased significantly from 11 percent in 1977 to 18 percent in 2002, as states sought to increase revenue from non-tax sources, including large increases in public university tuition. Charges as a percentage of revenue has been fairly flat since 2002, however.

Over roughly the same period, the share of state general revenue from taxes declined from 60 percent to 50 percent. Revenue from taxes as a percentage of state general revenue has also been roughly flat since 2002. Among specific taxes, the portion from individual income taxes rose slightly from 1977 to 2017, but the share from sales (general and selective) and corporate taxes declined. 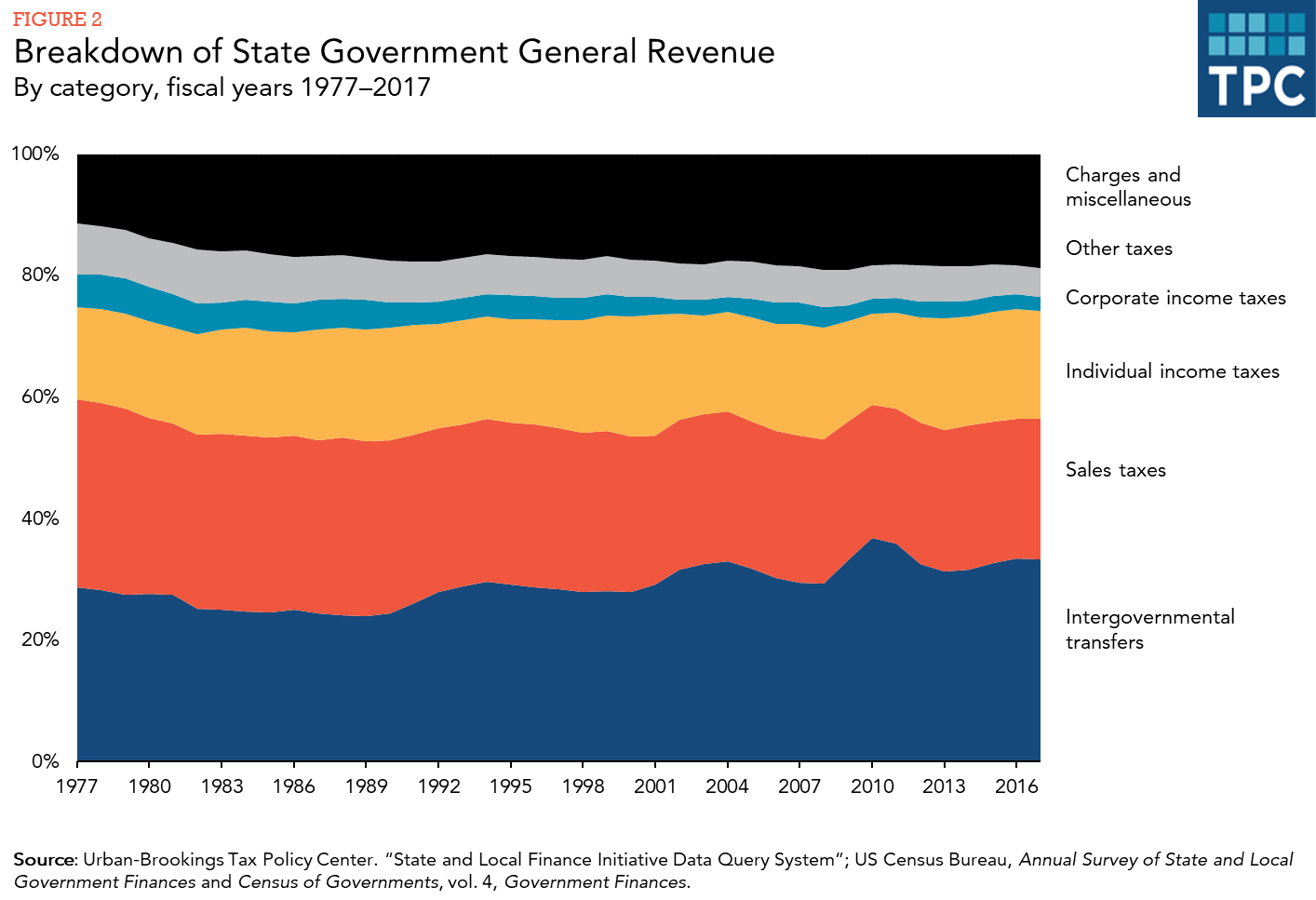 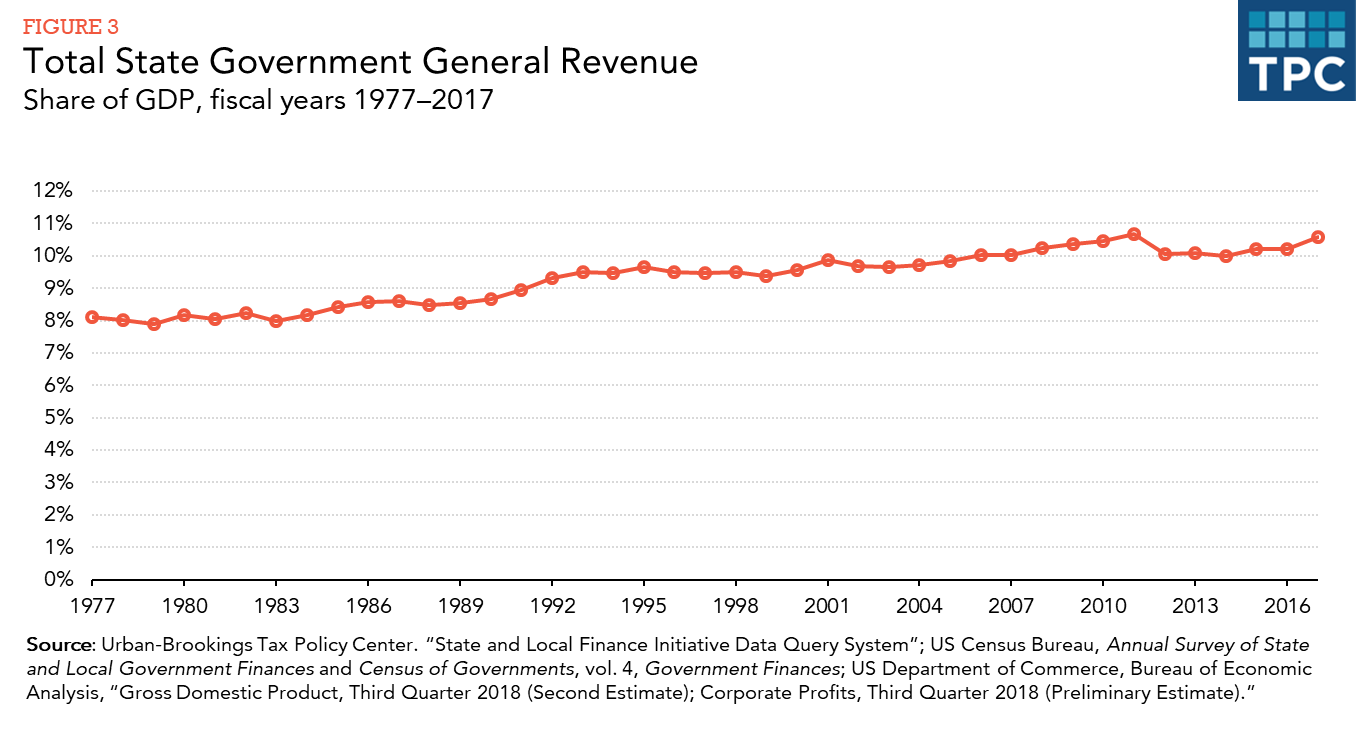 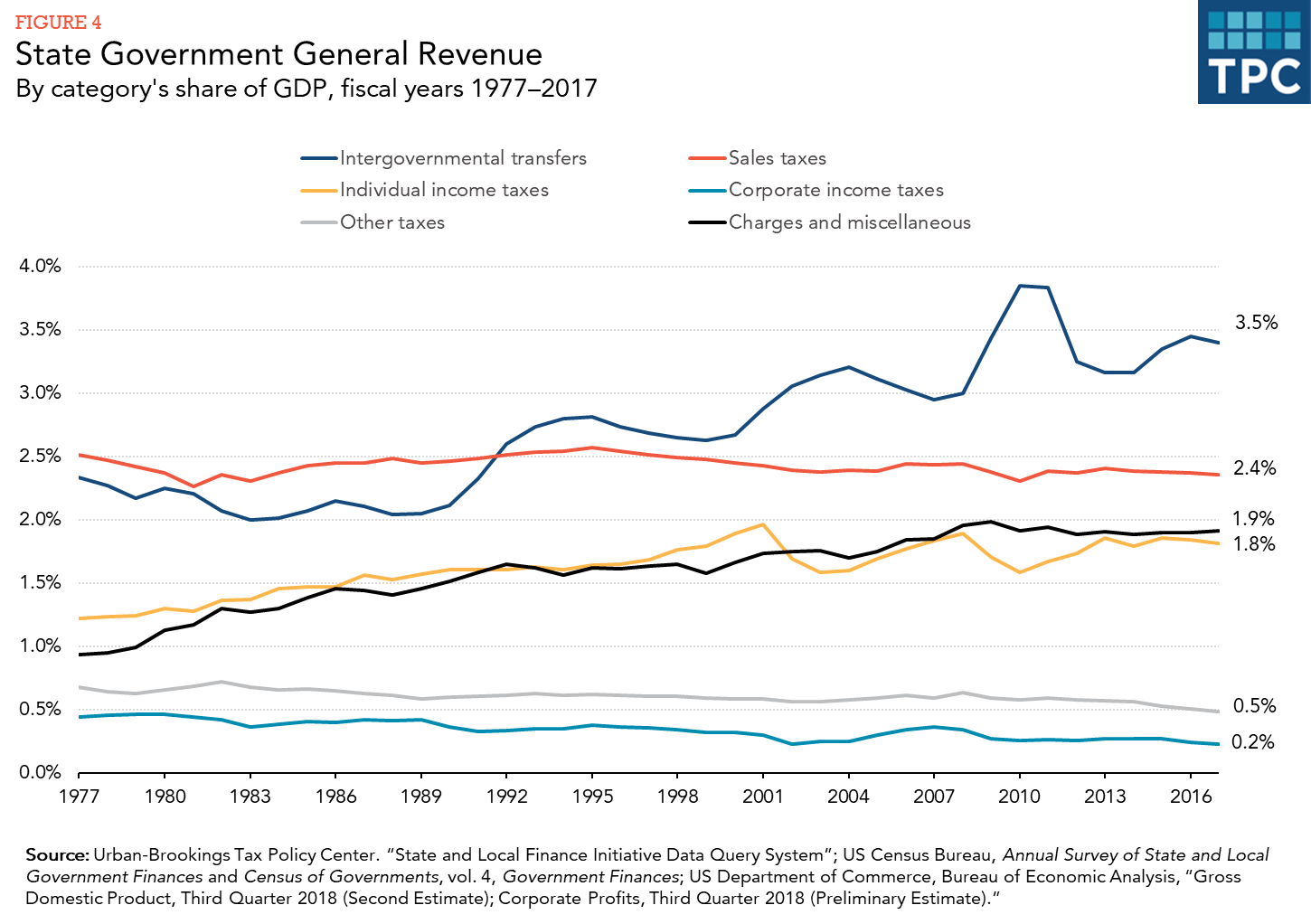