How should progressivity be measured?

How should progressivity be measured?

A broad definition of progressivity, that tax burdens rise with household income, masks a host of ambiguities in measuring the effect of a tax change. The percentage change in after-tax income is the most reliable measure of the progressivity of such a change.

A tax is progressive if, on average, household tax burdens rise with incomes. This definition is generally considered too broad because “tax burden” can be defined in various ways. Table 1 helps illustrate the problem by analyzing a hypothetical proposal to reduce all individual income tax rates by 1 percentage point. 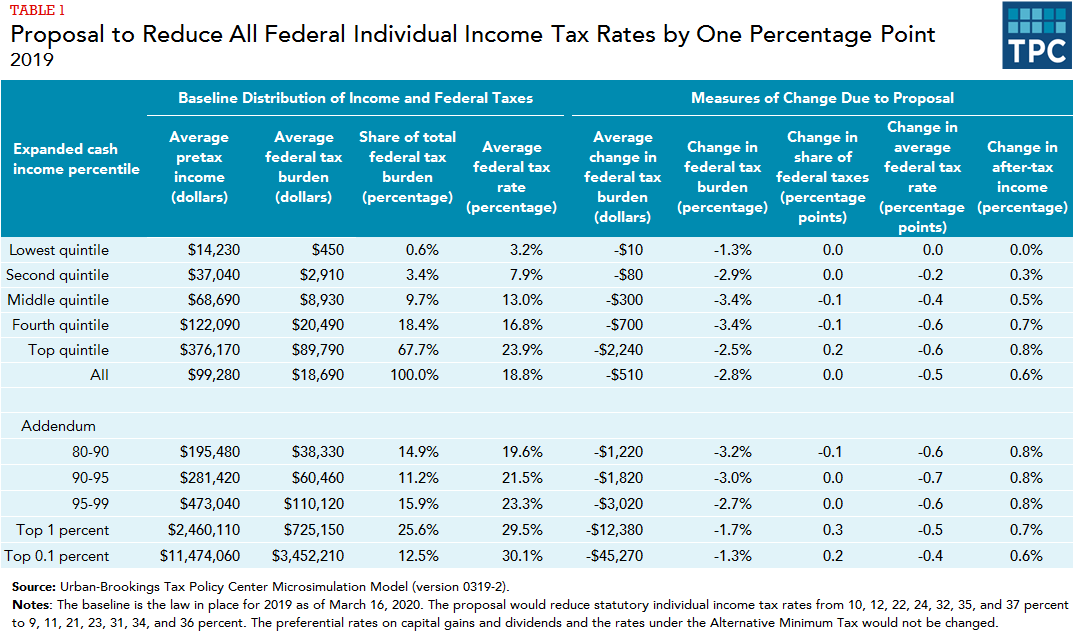 In this example, five possible measures of change in tax burdens might be used:

3. The change in share of federal taxes (column 7, table 1). This is the change in the percentage distribution of tax burdens across income groups. The change is zero for the “All” income group, because the percentage distributions under baseline (current) law and under the proposal both must add to 100 percent. For the proposal, this measure shows that the share of taxes paid by the top 1 percent of households would increase, while the share would decrease or remain unchanged for all other income groups, indicating that the proposal increases progressivity. But an increase in the share of tax burdens for high-income households does not necessarily indicate that high-income households have suffered disproportionately. Therefore, the change in percent of tax burden is not an unambiguous measure of progressivity, either.

4. The change in average tax rate (column 8, table 1). Changing tax burdens as a percentage of pretax income reduces average tax rates the least for the bottom three income quintiles and even more for the top two quintiles. This suggests that the proposal somewhat reduces progressivity, at least at lower income levels. But relative changes in pretax income do not indicate how much households’ relative well-being—their ability to consume currently or in the future (using savings)—is affected. Therefore, the change in average tax rate is an inadequate indicator of progressivity. 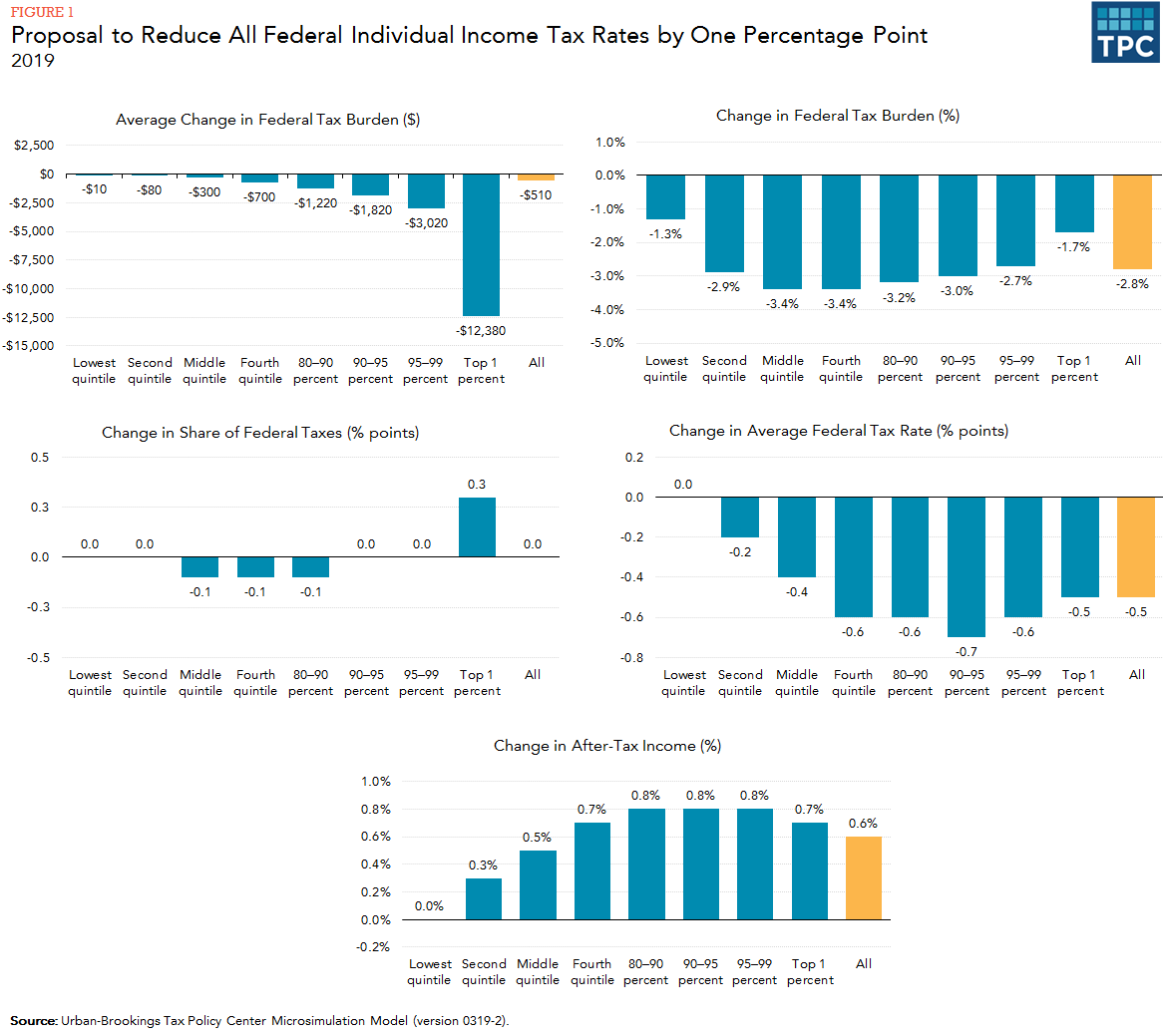