How might the Tax Cuts and Jobs Act affect economic output?

How might the Tax Cuts and Jobs Act affect economic output?

The Tax Cuts and Jobs Act will likely boost economic output modestly in both the short and the longer run, but not all those gains will flow to the incomes of Americans.

The Tax Cuts and Jobs Act (TCJA) reduced tax rates on both business and individual income, and enhanced incentives for investment by firms. Those features most likely will raise output in both the short run and the long run, but most analysts estimate the effects will be modest and will offset only a portion of revenue loss from the bill (table 1). 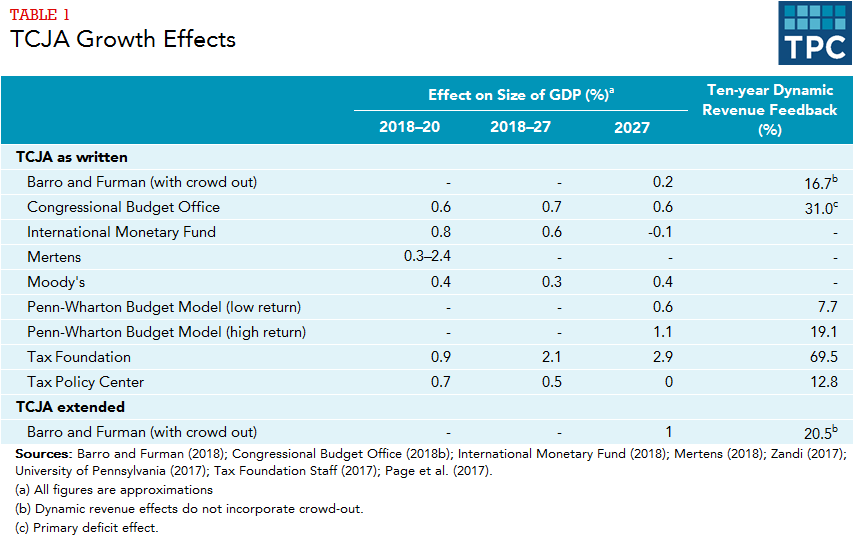 Over the first year or two after enactment, the TCJA is likely to influence the economy primarily by raising demand for goods and services. Cuts to individual income taxes mean that most households will have more after-tax income, which they are likely to spend. In addition, provisions such as allowing the expensing of some capital investment are likely to increase investment spending by firms. As businesses see more of their goods being purchased, they will ramp up production, boosting economic output.

Those short-run effects are likely to be limited, however, for two main reasons. First, much of the tax cuts flow to higher-income households or to corporations, whose stock tends to be held by the wealthy. Higher-income households tend to spend less of their increases in after-tax income than lower-income households. Second, as of Fall 2018, unemployment is low and output is near its potential level. Therefore, any increase in demand will be offset by a tightening of monetary policy, as the Federal Reserve increases interest rates to avoid rising inflation.