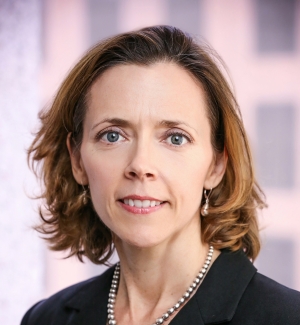 I like that my professional work connects with the real world and underserved and vulnerable groups. The playing field isn’t level, and the path to economic security and success can be arduous. It gives me satisfaction that my research can inform and improve programs and policies aimed at helping low-income families and children.

Caroline Ratcliffe is a senior fellow and economist in the Center on Labor, Human Services, and Population at the Urban Institute. An expert on asset building and poverty, she has published and spoken extensively on poverty, the role of emergency savings, consumer use of alternative financial sector products, and welfare programs and policies. Ratcliffe has evaluated programs aimed at moving low-income families into the financial mainstream and has studied how welfare programs and policies affect families' economic well-being. Her research also examines persistent childhood poverty and how it relates to adult success.

Ratcliffe's research has been published in numerous academic journals, including American Economic Review Papers and Proceedings, Demography, and Journal of Economic Behavior and Organization. She also published a chapter in the Oxford Handbook of the Economics of Poverty. Ratcliffe testified before the US House Committee on Agriculture and the District of Columbia's City Council on persistent child poverty. She also testified before the US Senate Small Business and Entrepreneurship Committee on closing the racial wealth gap. She serves on the Aspen Institute's advisory group for its Expanding Prosperity Impact Collaborative. Her work has been cited in elite media outlets, including the Economist, New York Times, Washington Post, and Wall Street Journal, and she has appeared on C-SPAN, Al Jazeera America, NPR, and Marketplace.

Before joining Urban, Ratcliffe held positions at the Congressional Budget Office and Brookings Institution. She was also a visiting associate professor at Georgetown University. She holds a PhD in economics from Cornell University.