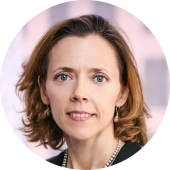 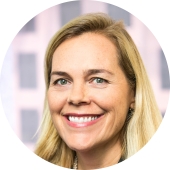 Can Filing Taxes Connect Low-Income Families to Bank Services and Save the Government Money?

Is there a way for low- and moderate-income households who do not have bank accounts to receive tax refunds electronically? A new Urban Institute study found these households may be willing to participate in a program that delivers their refunds directly to a prepaid card account.

We evaluated a Treasury Department pilot program called the Tax Time Account Direct Mail Pilot program. Under the pilot, a random sample of 800,000 adults who live in households with income under $35,000 and are unbanked or use alternative financial services products (e.g., refund anticipation loans/checks or payday loans) were offered prepaid card accounts to get their 2010 federal income tax refunds electronically. The pilot was designed to measure how different card features and messaging affect sign-up rates and subsequent card use. One feature—card cost—had a big influence on whether people chose to participate.

Most upper-income households already receive tax refunds through direct deposit to their bank accounts. But many low- and moderate-income families still get their refunds through the mail, often because they are unbanked: 17 million adults have no checking or savings account into which a tax refund can be deposited. Electronic delivery costs the federal government roughly one-tenth as much as a paper check. Such a system also provides faster and more reliable access to refunds. This is especially important for low-income households that benefit from refundable tax credits.

Key findings from our evaluation are:

There has been some confusion over the purpose of the pilot. It was designed to test how different features affect card take-up and use, not to measure overall participation. We used a large initial sample because direct mail take-up rates are very low—0.3 to 0.8 percent for credit cards. While overall take-up was at the low end of the expected range (0.3 percent), participation by the primary target population (those most likely to be unbanked) was at the high end (0.8 percent).

Overall, we learned three key lessons from this experiment. First, set monthly card fees as low as possible without a subsidy. Second, publicize the card well before tax-filing season and make enrollment as simple as possible, perhaps by including the card as an option on the tax form. Third, allow filers to pay tax preparation fees through the card.

Such a refund system has real potential. It could save the government money while giving unbanked tax filers access to direct deposit and connecting them with mainstream financial services. Importantly, it could become a catalyst for a broader plan to encourage saving among low- and moderate-income families.