The Trump Administration and key congressional Republicans have proposed repealing the itemized deduction for state and local taxes as one way to help pay for tax rate cuts for businesses and individuals.  Treasury Secretary Steven Mnuchin frequently offers it as an example of a tax break that primarily benefits high-income households and one that should be on the chopping block in a tax reform plan. An added political advantage for Republicans is that the deduction is most valuable in states with high taxes and high incomes, which tend to be “blue states.”

But the red-blue divide is less apparent at the congressional district level.  Enclaves of high-income Republicans live in the New York suburbs, for example.  In three Northern New Jersey GOP districts, more than half of residents claim the deduction for taxes paid.  All told, 45 percent of the top 20 districts ranked by percentage of residents claiming the deduction have Republican representatives.

The following map shows the national distribution of taxpayers claiming the state and local tax deduction by congressional district.  A district’s residents can benefit if they itemize deductions, but only about one-third of individual income tax filers do so. The most common factor that leads to itemizing is high state income or property taxes; and most high-income households who live in states with income taxes have large state tax deductions. Homeownership is also a key attribute since mortgage interest and property taxes are deductible expenses.  And large charitable deductions can also make someone an itemizer (that is why low-tax Utah has an unusually high percentage of returns that itemize deductions). 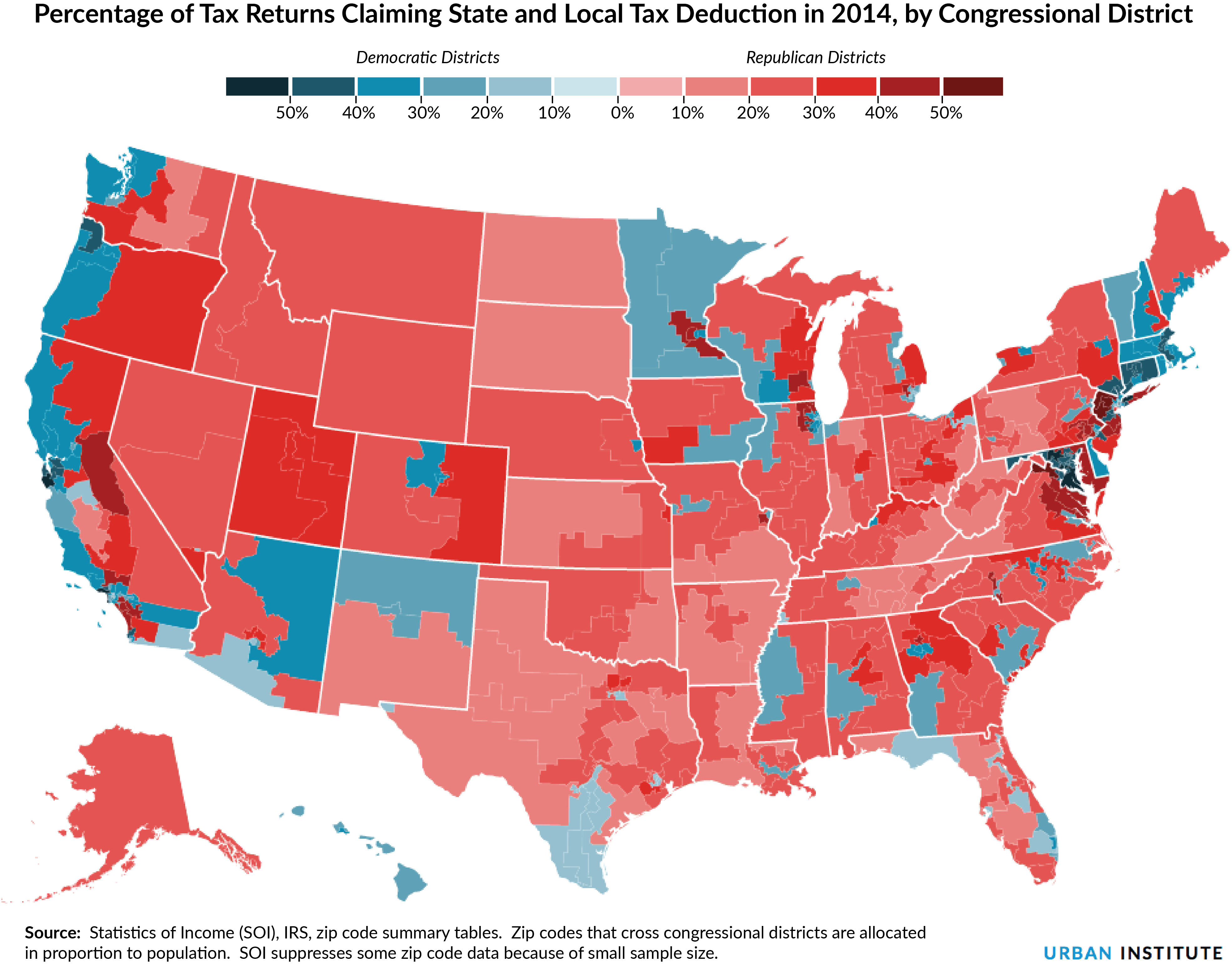 The red-blue divide is a bit more consistent with the conventional wisdom if you look at the deduction as a percentage of income (AGI), which might be a better indication of repeal’s economic burden.  The seven highest taxed congressional districts are all represented by Democrats.  But, still, 7 of the top 20 districts have Republican representatives.

State and local governments are using these data to lobby their congressional delegations to keep the state and local tax deduction in any tax reform legislation. There’s an interactive map similar to the one shown above at the Government Finance Officers Association website. There are interesting and important policy issues involved in the debate about whether the deduction for state and local taxes should be in the tax code, but the politics are much more difficult than might appear at first blush.

Here are some data.  The full spreadsheet with all congressional districts is available here. 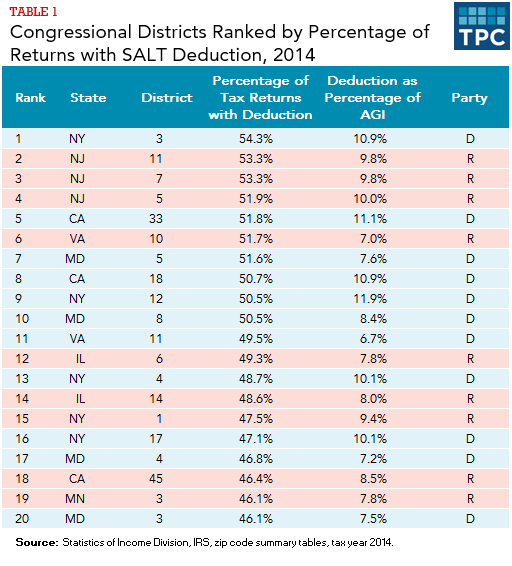 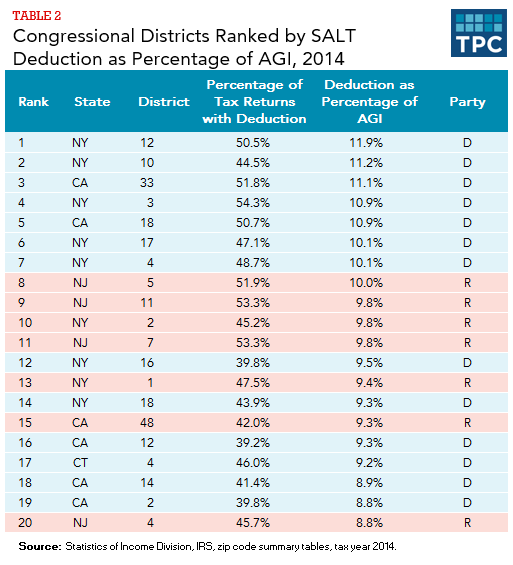