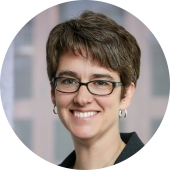 Should Congress Trade Temporary Assistance for Needy Families (TANF) For A Child Allowance?

As Congress struggles to develop a scaled back version of President Biden’s Build Back Better (BBB) plan, some observers (including my TPC colleague Howard Gleckman) have been thinking about a different child benefit. Instead of extending the enhanced child tax credit (CTC), which cut child poverty to historic lows after it was enacted in 2021, Senator Mitt Romney’s (R-UT) Family Security Act creates a new cash benefit for parents. But it would make a controversial trade-off.

In a bid for budget neutrality, Romney would consolidate some tax benefits and eliminate the State and Local Tax Deduction. He’d also repeal the Temporary Assistance for Needy Families (TANF) program. But, while that program is deeply troubled and in need of major reform, eliminating it would be a severe blow to a small number of very low-income families.

Instead of extending the expanded CTC, Romney’s child allowance would deliver monthly benefits of $350 for each young child (as well as to pregnant mothers for up to four months) and $250 for each school-aged child. No family could receive more than a total of $1,250 per month.

By comparison, the 2021 CTC distributed monthly benefits of $300 for children under 6 and $250 for children ages 6 to 17 with no family cap. The current CTC provides an annual benefit of up to $2,000 per child, the equivalent of $167 per month. But low-income families often receive much less than that amount – sometimes nothing at all.

What would eliminating TANF mean?

TANF is so poorly structured that some analysts believe it is designed to keep eligible families from participating. Qualifying for benefits is difficult, often requiring extensive paperwork and navigating other cumbersome bureaucratic processes. Moreover, states with the highest concentrations of Black and Hispanic children often provide the lowest benefits, reducing the program’s ability to lessen racial income disparities.

Even after qualifying, maintaining benefits can be difficult. Single parents must cooperate with child support enforcement. They must also sign over their rights to child support payments to their states, which almost always keep some or all funds as reimbursement for TANF assistance. Further, most adults receiving TANF must participate in work or work-related activities such as job search or training.

Often these requirements discourage parents from participating in TANF or lead to some parents losing eligibility. Fewer than 25 percent of families eligible for TANF participate.

In general, families must have extremely low income and minimal savings to qualify for TANF. And benefits vary dramatically by state, with Mississippi among the least generous and New Hampshire among the most. 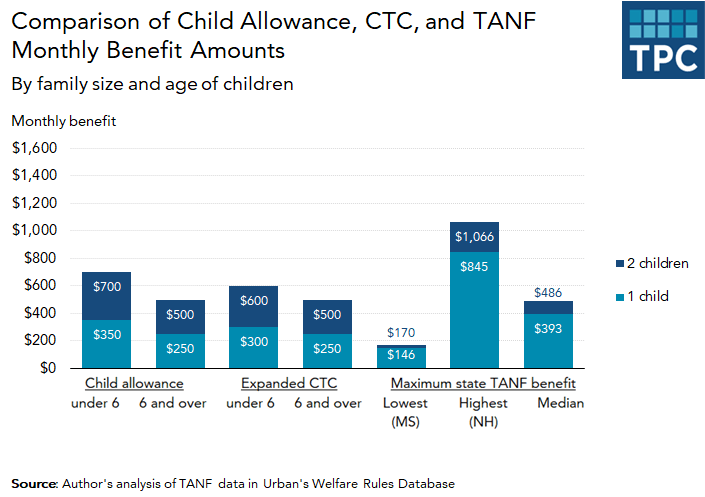 But for the 3 percent of parents who receive benefits in a typical month, TANF provides desperately needed support.

A child allowance or a fully refundable CTC?

A child allowance can be an improvement over the CTC. As examined here, it may be a more natural fit for many families since benefits shift with child custody. Romney’s version also would be administered by the Social Security Administration, an agency with more experience distributing benefits than IRS.

The Romney child allowance simplifies benefits for families with children. But at a potentially high cost for some of the most vulnerable families. The benefits in Romney's proposal aren't enough for families to live on. If Congress ever gives his plan serious consideration, they’ll have to decide whether making many families better off while making some very vulnerable families worse off is worth the trade-off. Or maybe they’ll find a way to pay for the benefit that doesn’t target the lowest income families.