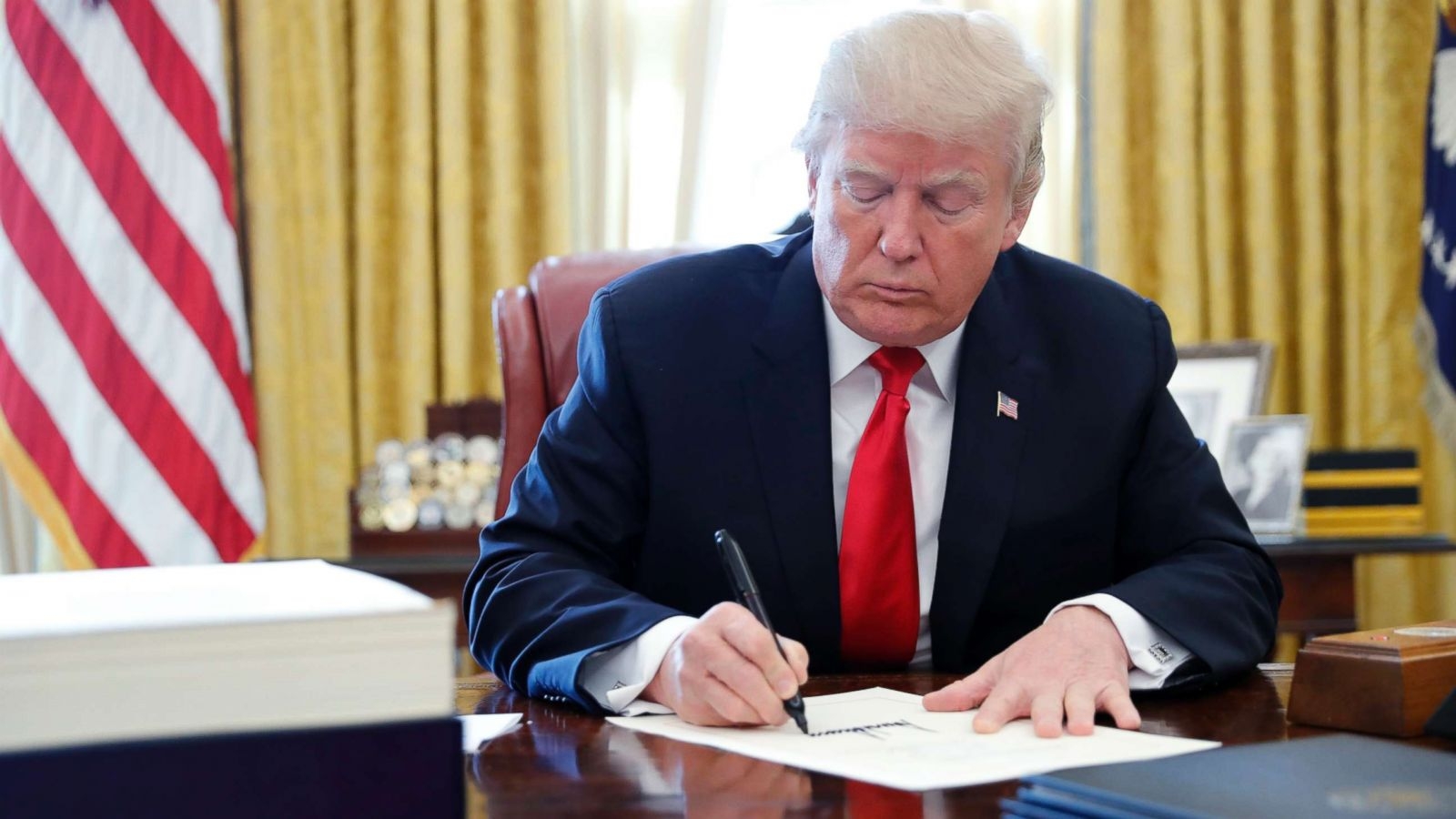 During the recent congressional election campaign, House Republicans said one of their top priorities would be to make permanent the individual tax changes in the 2017 Tax Cuts and Jobs Act (TCJA). A new analysis by the Tax Policy Center estimates that such a move would add more than $3 trillion to the federal budget deficit over 10 years, excluding added interest on the debt.

TPC estimates more than 60 percent of the benefits would go to the highest-income 20 percent of households, with  more than 40 percent going just to those in the top 5 percent, who will make about $400,000 or more in 2026.

Because the TCJA’s individual tax provisions are not scheduled to expire until the end of 2025, taxpayers would not receive any benefit for nearly three years and the government would suffer no revenue loss. However, once the extension kicks in, the change would result in tax cuts relative to current law for the vast majority of households in most income groups. The one exception: Only about one-quarter of the lowest income households would get a tax cut.

TPC estimates that, as a share of after-tax income, the biggest beneficiaries would be households whose income is in the 95th to 99th percentile (who will make between about $400,000 and $1 million). Nearly 90 percent of them would get a tax cut, compared to a bit more than one-quarter of the lowest-income households. 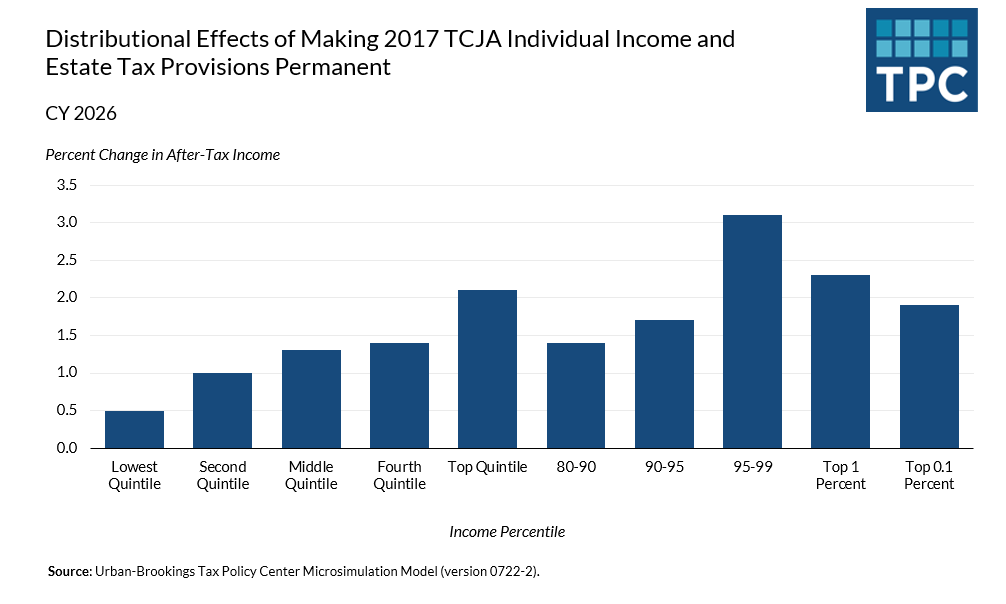 Since House Republicans have not agreed on a specific proposal, TPC modeled a straightforward permanent extension of all individual provisions of the TCJA, including its special deduction for pass-through businesses. That’s what Rep. Vern Buchanan (R-FL), who is running to become chairman of the Ways & Means panel, proposed earlier this year. TPC’s analysis assumed no change in the TCJA corporate taxes.

The provisions TPC modeled include extending the TCJA’s lower individual income tax rates; its increased standard deduction, child tax credit, and alternative minimum tax (AMT) exemption; its reduced estate tax; and its extra 20 percent deduction for qualified income of pass-through businesses such as partnerships and sole proprietorships. They also include revenue-raising provisions such as permanent repeal of the personal exemption and extending the $10,000 cap on the state and local tax (SALT) deduction.

Because extending the TCJA would not fully affect federal revenues until fiscal year 2027, TPC calculated the 10-year cost over two 10-year periods. From fiscal 2027 to 2036, it would lower tax revenues by about $3.1 trillion, or about 0.9 percent of Gross Domestic Product (GDP). From 2033 to 2042, it would reduce revenues by $3.7 trillion, or about 0.8 percent of GDP. Interest on the additional borrowing needed to pay for those tax cuts would result in an even greater increase in budget deficits and the national debt.

The biggest tax cuts would come from continuing the individual income tax rate reductions, retaining the TCJA’s large AMT exemption and increased standard deduction, and extending the special 20 percent deduction for pass-through businesses. The largest tax increases would result from permanently ending the personal exemption and changes in itemized deductions.

The CTC story is complicated. While progressives are pushing to restore the generous 2021 version of the CTC, the TCJA’s credit was itself an expansion of earlier law. For example, it allowed a maximum credit of $2,000 for each child, twice the amount in 2017. If the TCJA expires, the CTC rules would revert to the smaller $1,000 credit and other less generous provisions.

No doubt, making the TCJA permanent is a big part of the brand of the congressional GOP. House Republicans may be able to pass the bill. But it would come with risks. The bill would die in the Democratic-controlled Senate without ever even getting a vote. It would provide no benefits until 2026—well after the next congressional and presidential elections. It would overwhelmingly benefit high-income households. And it would put Republicans on the defensive for adding more than $3 trillion to the federal debt, killing their own talking point about the fiscal imprudence of Democrats.