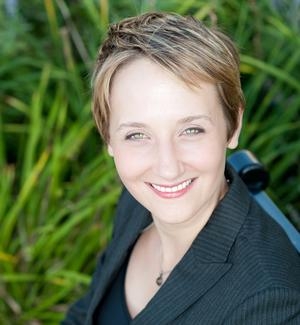 Vanessa Williamson is a Senior Fellow in Governance Studies at Brookings, as well as a Senior Fellow at the Urban-Brookings Tax Policy Center. She studies the politics of redistribution, with a focus on attitudes about taxation. She is the author, with Harvard professor Theda Skocpol, of The Tea Party and the Remaking of Republican Conservatism.

The Tea Party and the Remaking of Republican Conservatism examines how the three components of the Tea Party – at the grassroots, in the media, and among Washington elites – successfully pushed the Republican Party farther to the right. The book was named one of the ten best political books of the year in the New Yorker.

Williamson’s current research focuses on American public opinion about taxation. She finds that, while Americans see taxpaying as a moral commitment to the community, they tend to underrate the tax contributions made by the poor – a mistake that is reinforced by the taxpaying process. Moreover, though most believe the rich need to pay more in taxes, their experiences of the tax system leave them misinformed about the tax reforms that would achieve this end. Williamson’s other work on taxation and redistribution examines the political origins of the state Earned Income Tax Credit, the electoral effects of the American Recovery and Reinvestment Act, and conditions in which voters have supported state tax increases.

Williamson has testified before Congress and appeared on CNN's "Fareed Zakaria GPS," MSNBC’s “The Rachel Maddow Show,” and Al Jazeera America. She has written a variety of outlets including the New York Times, The Atlantic, the Atlanta Journal-Constitution and her hometown newspaper, the Sacramento Bee. Her work has also been cited by the Economist, the Associated Press, the Washington Post, and on National Public Radio, among other sources.

Williamson previously served as the Policy Director for Iraq and Afghanistan Veterans of America. She received her Ph.D. in Government and Social Policy from Harvard University. She has a master’s degree from NYU's Institute of French Studies, and received her B.A. in French language and literature from NYU.