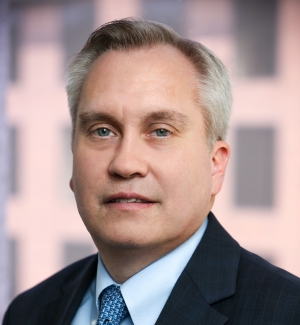 I began studying the economics of aging long before my hair turned gray. I’ve learned that the aging of America—and indeed the world—is not the crisis often portrayed in the media and even some scholarly papers. Instead, it represents an enormous opportunity. Seniors are healthier, better educated, and more productive than ever. The challenge we face is how to reform our employment, retirement income, and health care policies to harness the talents of our increasingly capable older citizens.

Richard Johnson is a senior fellow in the Income and Benefits Policy Center at the Urban Institute, where he directs the Program on Retirement Policy. His current research focuses on older Americans’ employment and retirement decisions, long-term services and supports for older adults with disabilities, and state and local pensions. Recent studies have examined job loss at older ages, occupational change after age 50, employment prospects for African Americans and Hispanics over age 50, and the impact of the 2007–09 recession and its aftermath on older workers and future retirement incomes. He has also written extensively about retirement preparedness, including the financial and health risks people face as they approach retirement, economic hardship in the years before Social Security's early eligibility age, and the adequacy of the disability safety net.

Johnson’s long-term services and supports research focuses on financing options and uses DYNASIM, Urban’s dynamic microsimulation model, to project demand for services under current and alternative policies. His other major research thread involves state and local pension plans. He recently directed a team of researchers evaluating public pension plans in all 50 states and the District of Columbia, and he is examining how reforms might affect public-sector employees.

Johnson, who writes and speaks frequently about income and health security at older ages, earned his AB from Princeton University and his PhD from the University of Pennsylvania, both in economics.