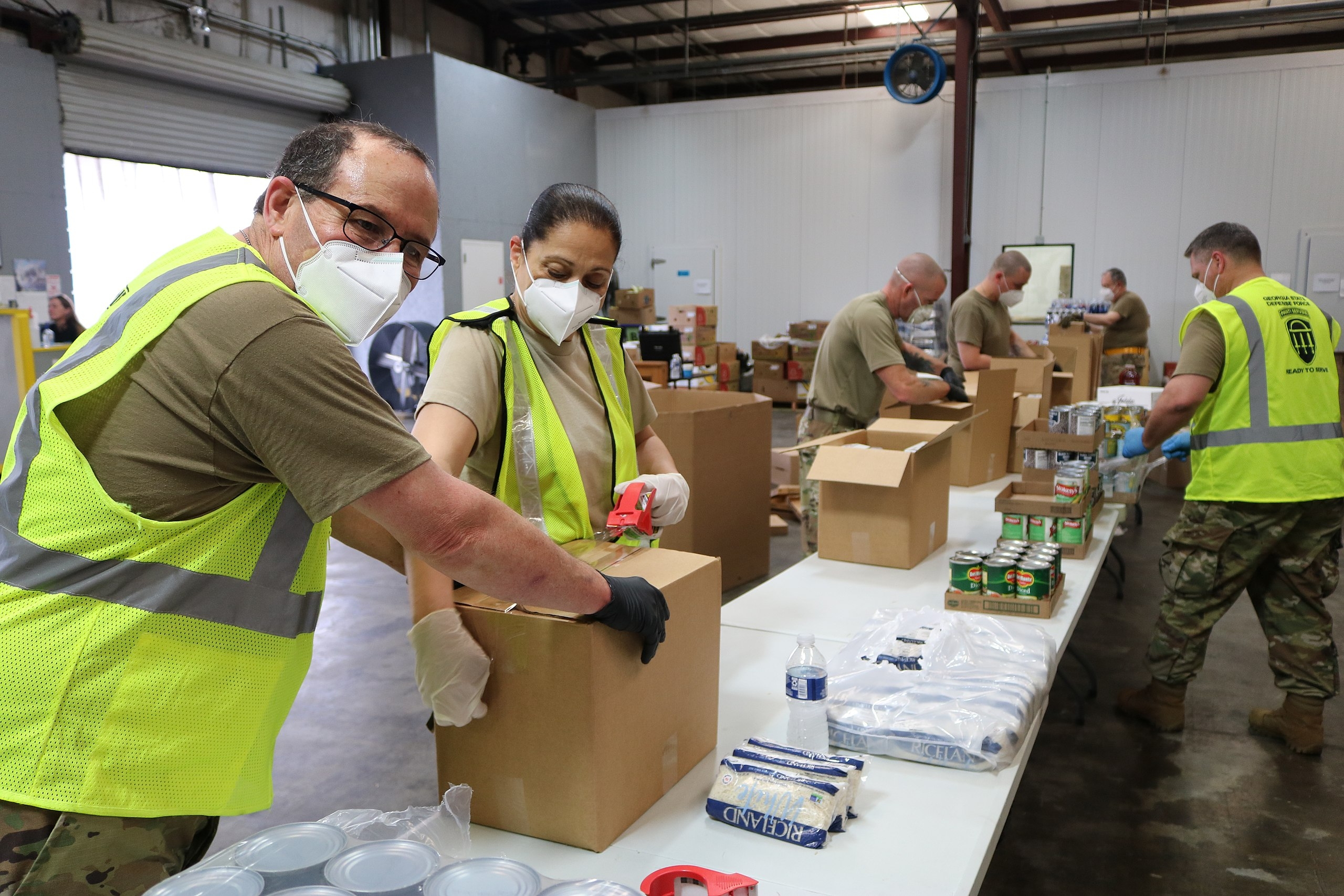 Taxpayers Who Lost Their Charitable Deduction Only Modestly Reduced Donations

Starting in 2018, the Tax Cuts and Jobs Act of 2017 (TCJA) dramatically raised the standard deduction, reducing the number of filers who reported their charitable contributions on their individual income tax returns. But did households that lost the federal tax benefit reduce their donations to non-profits? A new Tax Policy Center analysis of state tax return data finds they did, but by much less than their federal filings alone suggest.

It’s likely that most people who stopped itemizing continued to make at least some charitable gifts. Unfortunately, tax returns are the most reliable source of contribution data, so it was hard to know by how much. But fortunately, state returns can help us paint a much more complete picture than federal returns alone.

For example, Colorado and Minnesota allow those who take the standard deduction on their federal forms to deduct charitable contributions on their state forms. Colorado taxpayers can deduct all of their donations in excess of $500 from their taxable income, while taxpayers in Minnesota can deduct half their contributions above $500.

Before the TCJA, New York taxpayers who took the standard deduction on their federal taxes were required to do the same on their state return.

The result: Among all tax filers, contributions in these three states fell, but not nearly as much as the federal data suggest. 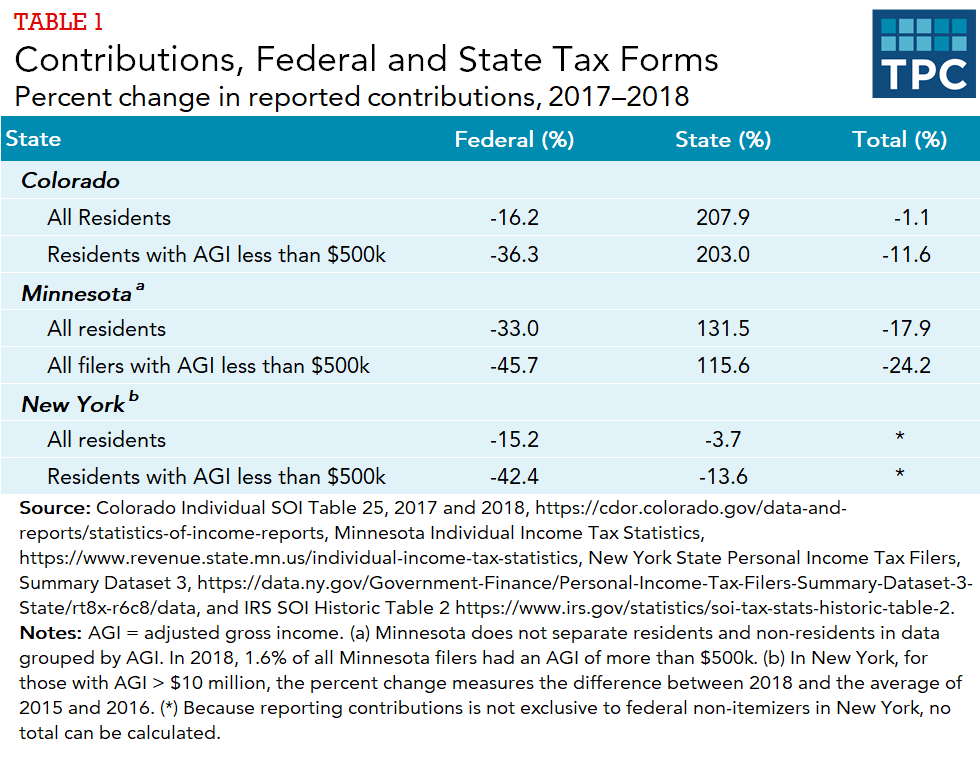 In Colorado, contributions claimed on federal tax forms fell by 16 percent, but more than doubled on state forms. Together, the decline was only about 1 percent.

Similar story in New York: Contributions deducted from federal taxable income fell by about 15 percent overall, but only by about 4 percent as reported on state returns.

Most high-income taxpayers continued to itemize and received large tax cuts from the TCJA. As a result, many of them actually increased their charitable donations in 2018. To focus on those most likely to shift to the standard deduction, we also looked at filers with adjusted gross incomes (AGIs) below $500,000.

Using just federal returns, taxpayers with incomes below $500,000 appeared to decrease their contributions by more than 35 percent in Colorado and more than 40 percent in New York. By this measure Minnesota taxpayers reduced their charitable gifts by almost half.

But once again, state returns showed much less change in behavior. Contributions declined by less than 12 percent in Colorado, less than 14 percent in New York, and about 24 percent in Minnesota.

While the TCJA reduced the number of taxpayers itemizing their deductions, and thus lowered reported charitable giving, state data show that charitable contributions fell by much less than federal deductions alone suggest. This information can help us better understand how charitable contributions respond to tax incentives, and how they may change if Congress allows the standard deduction to revert to its previous level in 2026.