A New Study Suggests Congress Could Raise Money By Increasing Capital Gains Tax Rates To 47 Percent. But There Is A Catch

Democratic presidential candidate Joe Biden has proposed raising tax rates on long-term capital gains income for the highest-income investors from the current 23.8 percent to 39.6 percent and also taxing accrued gains on assets that are held when someone dies. The Tax Policy Center estimates those provisions would generate about $450 billion in new revenue over 10 years. People clearly are less likely to sell assets with accumulated capital gains when those capital gains are taxed more heavily. At what point would the tax rate on investment income become so high that that revenues actually start to decrease?

A new analysis by Princeton economists Ole Agersnap and Owen Zidar suggests that taxing long-term capital gains income at rates even higher than Biden has proposed—as much as 47 percent—could generate the most revenue. But the authors acknowledge that their estimates have very large margins of error, suggesting that a top tax rate that high might generate little, if any, additional revenue.

Before asking if raising tax rates on a specific source of income increases federal revenue, it helps to know what rate maximizes those revenues. That rate will vary by the source of income, how much taxes discourage that income, and how easy it is to avoid the tax. For example, wages and salaries are relatively unresponsive to taxes because it is difficult for most people to adjust their work hours. It is also difficult for people to hide their income from the tax authorities because employers report amounts paid directly to the IRS. As a result, the revenue-maximizing tax rate for labor income is certainly higher than the current top rate of 37 percent.

Income taxes on capital gains, on the other hand, are due only after assets are sold. So, it is relatively easy to defer taxes on accrued gains by not selling. And, under current law, when the owner dies, heirs will owe no taxes on gains accrued during the decedent’s lifetime. Therefore, the revenue-maximizing tax rate on capital gains income should be lower than the rate on income from wages and salaries.

The Tax Policy Center uses estimates that imply that the revenue from taxing long-term capital gains is maximized when the top rate is set to about 28 percent. As Jane Gravelle of the Congressional Research Service points out, the Treasury Department and the Congressional Joint Committee on Taxation (JCT) appear to use similar estimates. Research I’ve conducted with JCT economist Tim Dowd and former Congressional Budget Office economist Athiphat Muthitacharoen suggests those estimates are about right. Dr. Gravelle, on the other hand, concludes that revenues from taxing long-term capital gains income are maximized at a higher rate.

Separate research I did with Tim Dowd provides strong evidence that taxpayers with accrued capital gains do respond to changes in tax rates. Income from capital assets held for less than a year are taxed at a higher rate than income from sales of assets held for a year or more (which are taxed at a preferential rate). In our research, we found that investors indeed changed behavior to reflect that difference in taxes. In 2012, average weekly gains were about $638 during the high tax period, but average weekly gains nearly doubled to $1,157 when tax rates were lower. Taxpayers may treat long-held assets differently, but there is no doubt they take taxes into account when selling their assets (see figure 1). 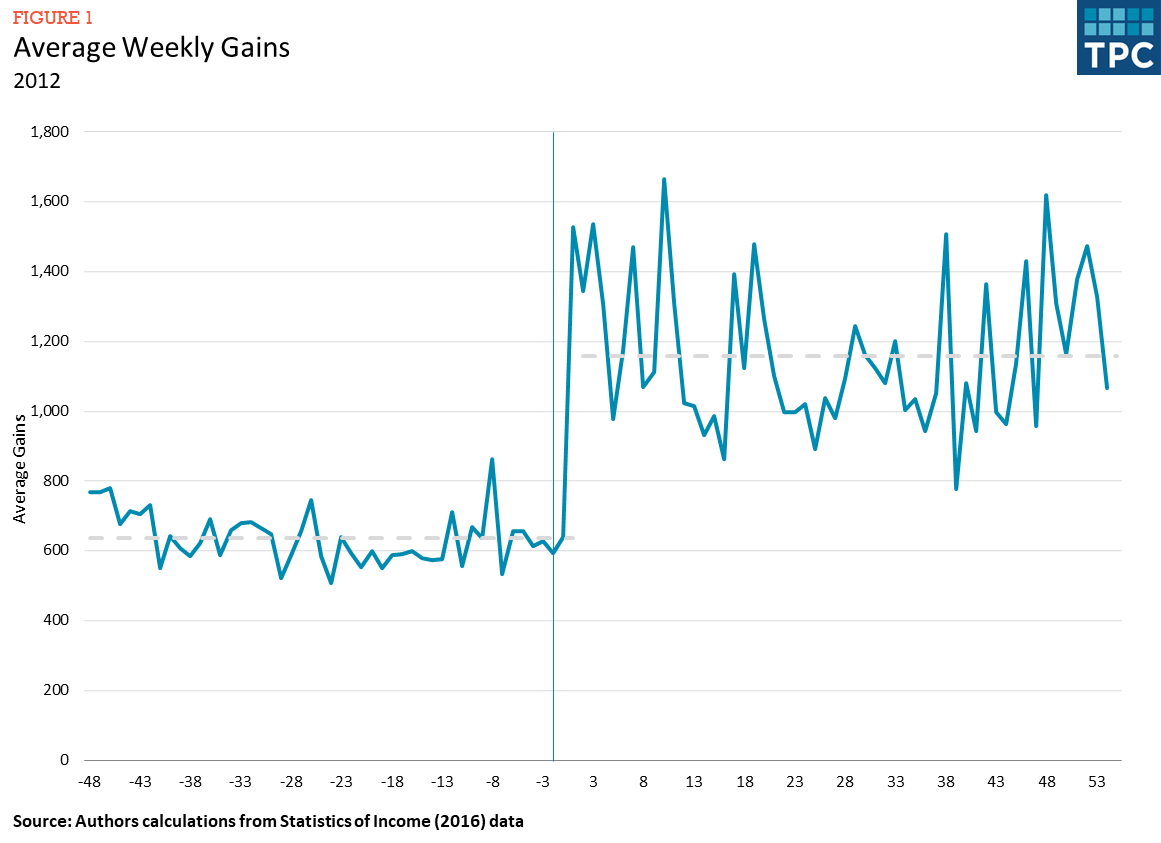 But what really grabbed people’s attention were the two models that showed revenue from taxing long-term capital gains income is maximized when top rates on this income are 47 percent. 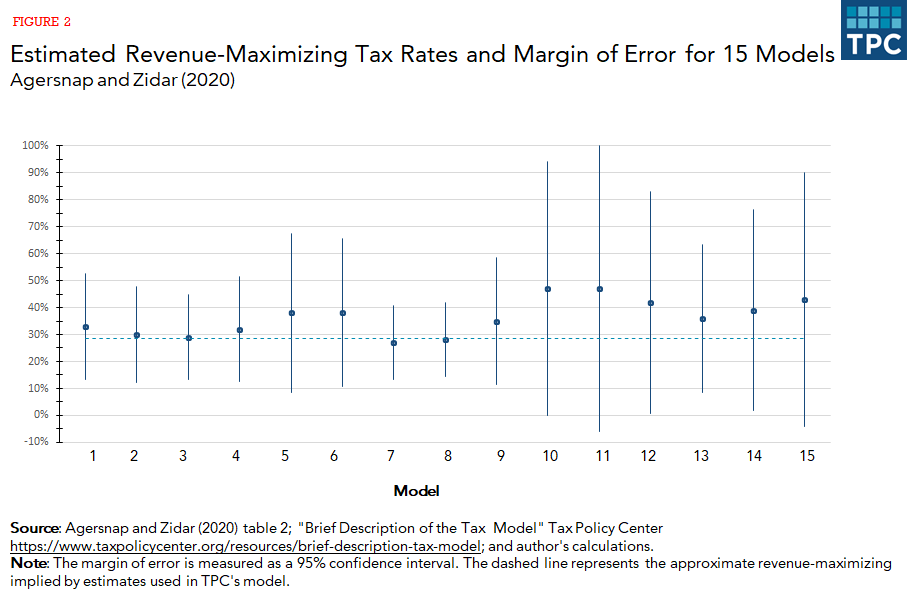 Could a tax rate that high really generate more revenue for the federal government than a lower rate? Maybe, but the Princeton study comes with an important caveat. Its estimates of the revenue-maximizing tax rates all come with wide margins of error, especially in the models that generated those high tax rates (see figure 2). One of those estimates suggests a potential range of revenue-maximizing tax rates from 0 to 94 percent. I doubt revenues from taxing long-term capital gains income can be maximized at rates remotely near 94 percent, and they certainly cannot be maximized when rates are zero. The margin of error on another model ranges from negative tax rates to 100 percent, with both end points also being implausible.

Biden and many Democrats in Congress are looking for sources of new revenue, especially from high-income taxpayers. And raising tax rates on long-term capital gains is an attractive approach because so few people sell substantial amounts of assets. But while the Princeton analysis is informative, it is far from conclusive. Raising tax rates on long-term capital gains income to 47 percent could end up reducing, rather than raising, federal revenues.