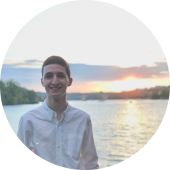 Minnesota’s Struggles To Conform to the TCJA Made Its CPAs Happy. Taxpayers, Not So Much.

It’s an unusually glamorous time to be an accountant in Minnesota. Over the past year, certified public accountants (CPAs) and other professional tax preparers have been popular interview subjects for news outlets trying to explain Minnesota’s unusually complex filing process. The Brainerd Dispatch conjured images of CPAs hunkered over hundreds of pages of new filing guidelines; Minnesota Public Radio foretold an onslaught of tax extensions; and The Star Tribune predicted a “nightmare” tax season (thankfully, one interviewee assured readers that complicated taxes are “what we do”).

How did Minnesota CPAs become the subject of so much attention? Turns out the state’s failure to respond quickly to the Tax Cuts and Jobs Act (TCJA) wreaked havoc on Minnesota’s tax system for 2018, creating lots of business, and attention, for accountants.

Every state with an income tax links to the federal tax code in some way. This system of federal-state conformity simplifies our income tax system for filers and state governments alike. However, unless states respond to federal tax changes, conformity also leaves them at the mercy of new federal law.

Most states use federal adjusted gross income (AGI)—that is, gross income after “above-the-line” adjustments—as the starting point for their own income tax systems. However, prior to the TCJA, Minnesota (along with Colorado, North Dakota, South Carolina, and Vermont) used federal taxable income (FTI) instead. FTI is a household’s AGI minus federal deductions (standard or itemized) and personal exemptions.

The TCJA made few changes to AGI but big changes to FTI, including nearly doubling the standard deduction for all taxpayers and reducing the value of personal exemptions to $0. Thus, states that linked to FTI or its major elements had to decide how to respond.

Some states conform to the federal tax code on a “rolling” basis, meaning their state tax code automatically updates along with federal law. In these states, inaction post-TCJA meant allowing the federal changes to flow into their state tax systems by default. Other states (including Minnesota) conform on a “static” basis, meaning they link to the federal tax code as it stood on a specific date. Minnesota’s conformity date was December 16, 2016, a full year before the passage of the TCJA.

Most states with static conformity passed legislation responding to the TCJA during 2018. Idaho (which conforms to the federal standard deduction and personal exemption) accepted the federal changes and enacted a child tax credit in an effort to prevent tax hikes on large families. South Carolina did roughly the same by adding a new state dependent exemption. Vermont chose to decouple from FTI entirely.

Minnesota, by contrast, did nothing. Due to a larger debate over tax reform, the governor and legislature could not settle on a response to the TCJA in 2018. Thus, Minnesota’s income tax code was left frozen in time, conforming to federal tax law as of 2016, and all the problems were handed to the CPAs.

The result was Schedule M1NC, an 18-page form designed to convert a Minnesotan’s 2018 federal return into a 2017 return. The form contained ten full pages of complicated worksheets (with as many as 48 steps) and interacted with more than half a dozen other supplemental schedules.

The form was most likely to ensnare taxpayers with business income, since many of its adjustments concerned allowable expensing and depreciation, but it also affected Social Security beneficiaries and those with unreimbursed work expenses or casualty and theft losses. M1NC even applied to some deceased Minnesotans, since student loans forgiven due to death or permanent disability were now excluded from taxable income federally, but not in Minnesota.

Some adjustments were as counterintuitive as they were cumbersome. While the TCJA allowed farmers to depreciate the cost of many types of new equipment at a faster rate and over a shorter period,  M1NC rescinded this and made farmers recalculate depreciation using the previous year’s 115-page IRS publication. And while farmers actually benefitted from avoiding the TCJA’s limitation on deductible excess farm losses (especially in the worst year for Minnesota farms since the 1980s), they first had to make sense of M1NC’s five different Excess Farm Loss Worksheets.

Minnesota finally passed a bipartisan bill in May that set a new post-TCJA static conformity date of December 31, 2018, switched the state’s starting point from FTI to AGI, adopted the TCJA-level standard deduction, and created a state-specific dependent exemption. This should help reduce the burden on Minnesota income tax filers.

But Minnesota’s revenue department still must design an entirely new set of tax forms for next year’s filing season. Additionally, some of the new conformity provisions are retroactive, meaning some taxpayers will need to file amended 2018 returns under different rules than both their original 2018 returns and their 2019 returns.

Thus, the state’s heralded accountants have plenty of work ahead of them. Thankfully, complicated taxes are what they do.