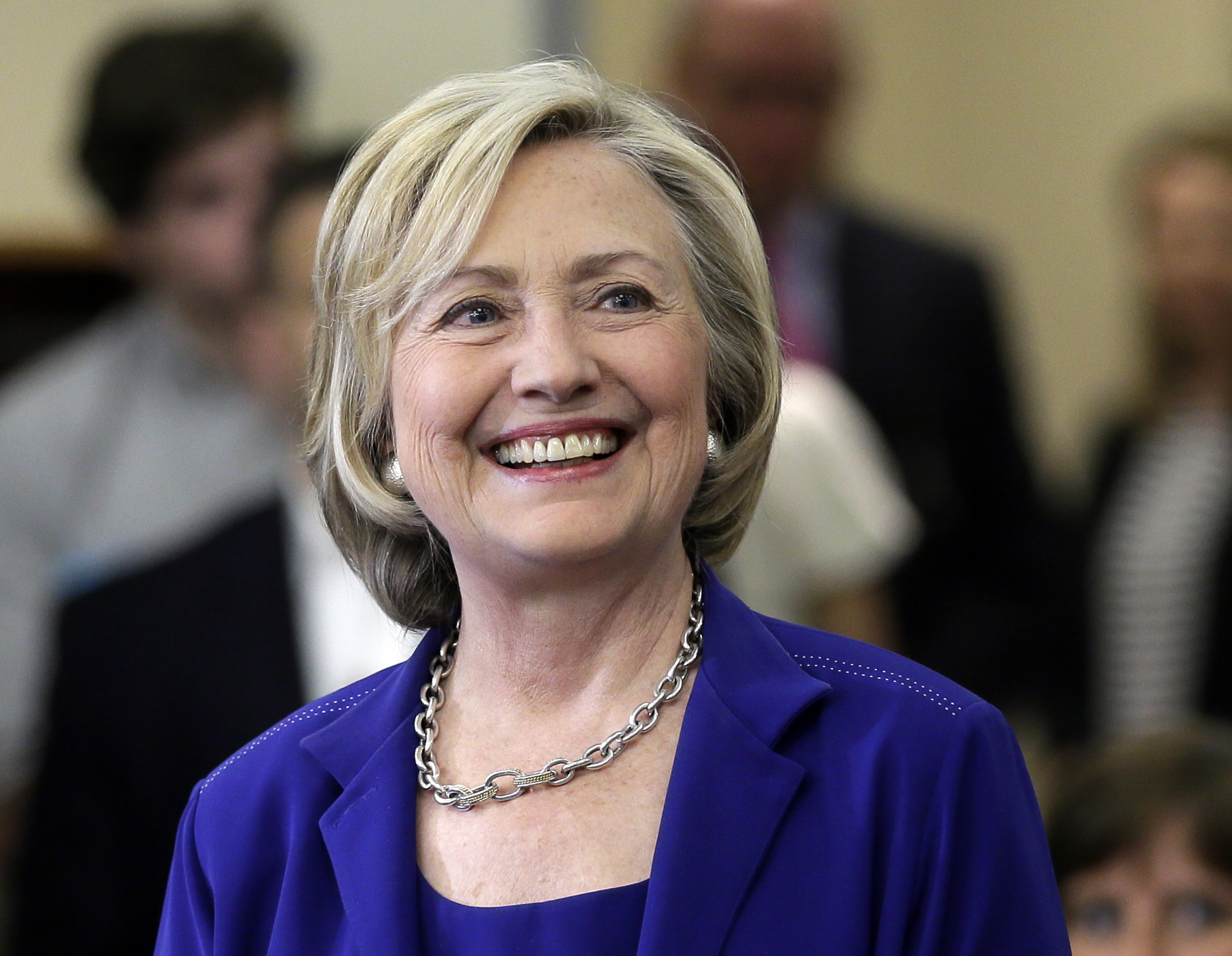 Democratic presidential hopeful Hillary Clinton has proposed to radically rejigger top capital gains tax rates to encourage investors to take a longer-term perspective. But I think she’s misdiagnosed the problem and, even if she’s right, the proposal won’t work as she expects.

Her idea: Give investors a tax incentive to support productive long run investments by corporations.  For top-bracket taxpayers, she’d replace the current 20 percent rate on assets held more than one year with six rates that would phase down the longer an asset is held.  Assets held between one and two years would be subject to rates of 39.6 percent plus the 3.8 percent investment income surtax (for a top effective rate of 43.4 percent—the same as the current treatment of assets held less than one year).  After two years, she’d cut the rate by about 4 percentage points for every year held. After six years, the rate would match the current long-term capital gains tax rate. 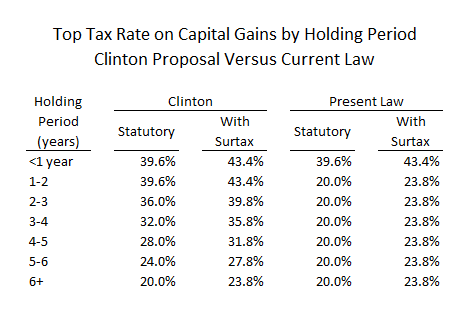 The proposal suffers several defects.   First, the campaign’s diagnosis of the problem—that “activist investors” strip cash away that firms would otherwise direct to investment (and more jobs) is not a compelling rationale for policy intervention. Second, even if it were, it’s not at all clear that Clinton’s tax-based prescription would cure the problem. Only half of assets sold are held for more than a year and less than half of corporate stock is held by taxable investors.

Her proposal is said to have been inspired by a study from the Center of American Progress that argued that activist investors strip cash from companies that would otherwise be used to increase investment. It found that following an “engagement” with an activist investor, firms increased stock buybacks and dividends and cut capital investment.

The authors argue that a sliding scale capital gains tax “could provide ample incentive for investors to take a longer-term view of the firms in which they invest and ensure these interests are clear to asset managers.”

But pulling cash out of the company—and paying tax on dividends or capital gains—only makes sense if the company’s marginal investments are underperforming by a substantial margin.  The cash drain might hurt workers inside the firm, but the redeployed cash will create jobs elsewhere.  Overall, the economy gains because the extracted cash is invested in more productive activities.

(The bigger problem appears to be passive investors who stand idly by while corporate CEOs pack their boards with cronies who rubber stamp outsized executive compensation and mediocre performance.)

Even if you accept that short-termism is a problem, it’s not clear the proposal would help.  The existing capital gains tax already provides a strong incentive for investors to take a long-term perspective.  By holding, investors can postpone paying tax, or even avoid it altogether if they hold until death.  And there’s a strong tax incentive under current law to hold assets with gains for at least a year because long-term gains are taxed so much less than short-term. There’s a noticeable dip in sales in month 12 and a bump in month 13.

There would be no incentive to wait until the one-year anniversary under the Clinton proposal, so the share of assets held for less than a year would increase.  Moreover, the benefit from passing each of the holding period thresholds would be sharply reduced—4 percent of the gain or less compared with 19.6 percent under current law.

More likely, investors will decide up front that some intermediate-term investments (one to 5 year holding period) no longer make sense.  That might mean that there’s less participation by activist investors—for good or ill—but also less capital investment for all sorts of purposes, which could translate into a higher cost of capital for businesses and less investment overall.

Fortunately, the overall effect on the cost of capital is likely to be tiny for two reasons. First, investors seem to weigh many factors much more heavily than capital gains taxes, but that also means that the proposal wouldn’t do much to change investor behavior.

Second, the proposal would only affect a fraction of the capital available to corporations. It only applies to investments held for longer than a year, which is less than half of the dollar volume of assets sold in a typical year. Moreover, in the U.S., at least 60 percent of corporate stock is held by entities not subject to capital gains taxation:  institutional investors such as insurance companies and pension funds (both public and private), corporations, nonprofits, and foreign investors.  Most individuals who own stock do it through a 401(k) or IRA, neither of which is subject to the capital gains tax.  And, of course, the proposal by design only affects taxpayers in the top tax bracket (although they do account for an outsized share of taxable capital gains).

If you want to know more about these issues, my book, The Labyrinth of Capital Gains Tax Policy: A Guide for the Perplexed (Brookings Institution, 1999), is a bit dated but the analysis is still relevant.