To Help Close The Tax Gap The IRS Should Focus On Small Business Compliance, Not EITC Claimants

Although overall IRS audit rates are remarkably low (less than one percent), returns claiming an EITC are  twice as likely to be audited as those not claiming the credit. The IRS would get a bigger bang for its buck by focusing on other noncompliant taxpayers while doing more to help workers eligible for the EITC claim correctly.

For instance, instead of requiring additional oversight on this and other tax credits, Congress should encourage IRS to shift its enforcement focus to small business noncompliance that contributes 7-10 times more to the tax gap.

The EITC is America’s largest and most successful needs-tested anti-poverty program. Annually, the credit lifts about 6 million people out of poverty, about half of them children. In 2018, the credit provided $63 billion in benefits to 25 million workers, an average of almost $2,500 per household. Importantly, it encourages people to work since the credit is equal to a percentage of earnings up to a maximum.  Families with more children are eligible for larger credits and workers with children and incomes of $10,000 to $19,000 are eligible for maximum credits. 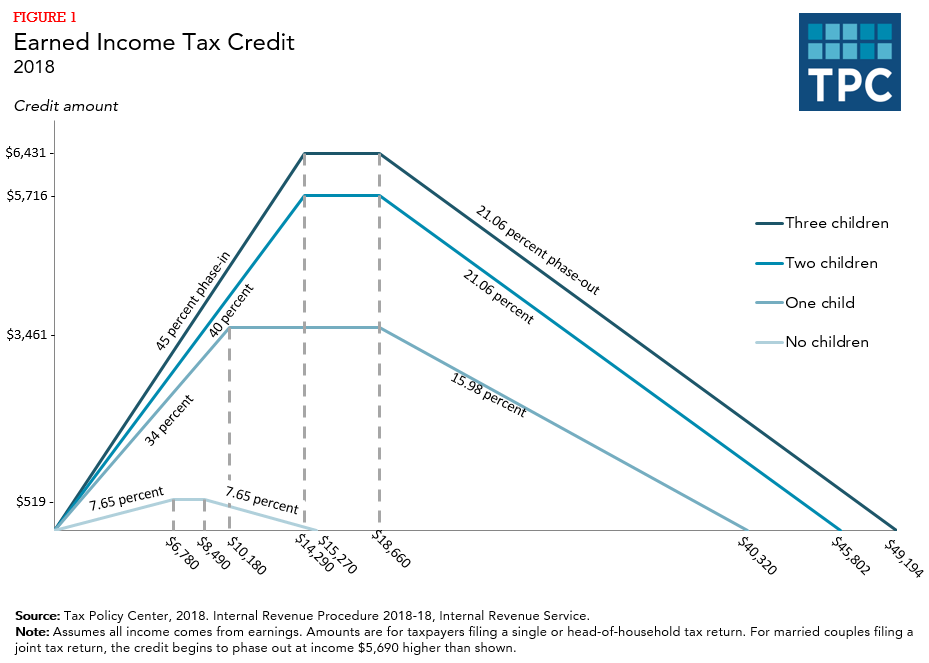 But a quarter of EITC payments are incorrect. An improper payment occurs when an EITC is paid to someone who the IRS determines was ineligible, usually for reasons of income, age, filing status, family relationship, or residence. These erroneous payments account for less than 6 percent of the $458 billion estimated annual tax gap, which is the difference between the amount of tax owed and the amount of tax paid voluntarily and on time. In contrast, sole proprietors have a 63% noncompliance rate and small businesses filing individual returns underreport $125 billion in income taxes yearly and another $65 billion in self-employment taxes, the IRS estimates.

Some EITC critics back tougher enforcement on EITC claims. But more audits alone won’t solve the problem: According to the Taxpayer Advocate’s most recent annual report, Treasury and the IRS both acknowledge that EITC improper payments are more likely due to tax filers misunderstanding complex rules than fraud.

Congress and the IRS could address the improper payment problem in the EITC by making the following changes:

The IRS should take improper payments seriously. But given limited resources and competing priorities, the agency would provide a better public service by helping working families properly claim the EITC, rather than simply auditing more EITC returns. Audits should be aimed at those most responsible for the tax gap and not those who are easier to audit.