The Health and Economic Recovery Omnibus Emergency Solutions Act (HEROES Act), passed by the House of Representatives, would temporarily expand the child tax credit (CTC) in three ways. For 2020 only, it would make the credit fully refundable, increase the maximum credit from $2,000 to $3,600 for children under 6 and to $3,000 for children older than 6, and make 17-year-old children eligible for the credit. But only one of these changes—making the CTC fully refundable—would concentrate benefits on the low- and moderate-income families who need it the most.

Under the current CTC , families get a credit of up to $2,000 per child under 17. But low-income families are not entitled to the full credit. If the credit exceeds taxes a family owes, they may receive up to $1,400 per child as a refund. Moreover, they must earn at least $2,500 to qualify for any of the refundable portion of the credit. Thus, an estimated 27 million children under age 17 live in families that do not qualify for the full $2,000 per child credit because their earnings are too low. The HEROES Act would ensure that all low-income single parents with qualifying children under 17 would receive the full credit.

The credit is also limited for very high-income families. It begins to phase out for single parents with adjusted gross income of $200,000, and the phase-out begins at $400,000 for married couples. 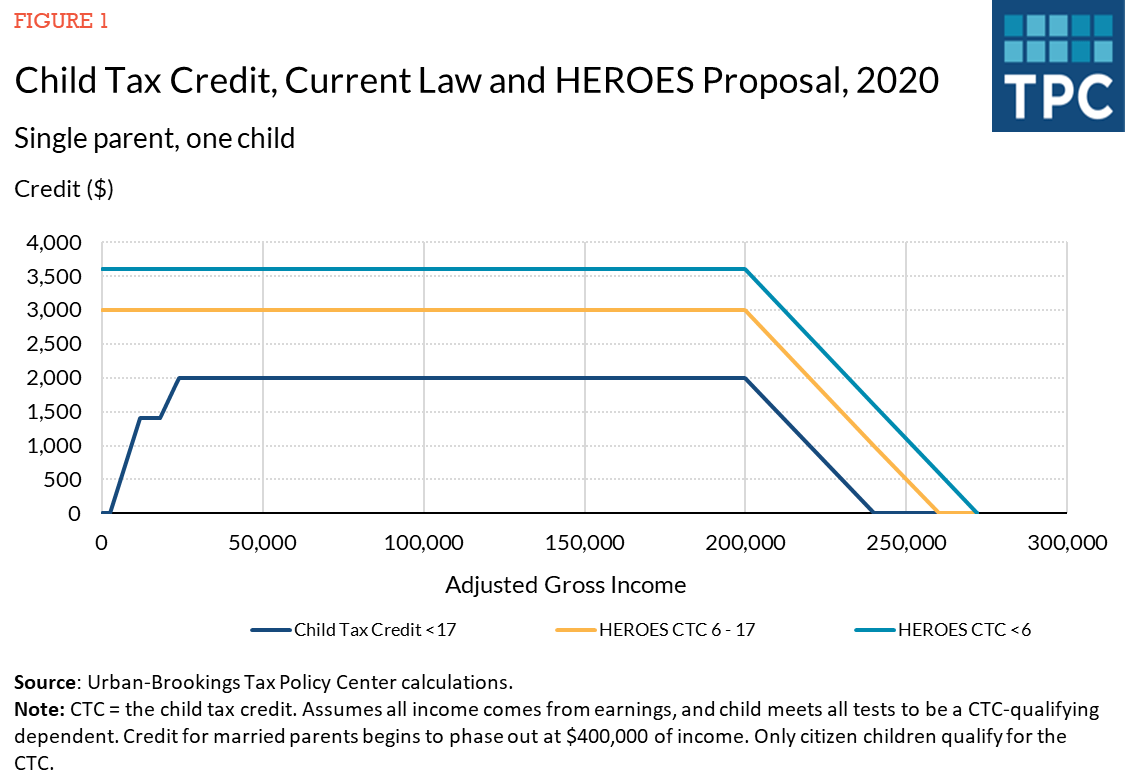 But when it comes to helping the lowest-income families, Congress could get the biggest bang for the buck by focusing on full CTC refundability, ensuring that even families with no earnings could receive the full child credit.

If Congress makes the credit fully refundable but leaves the maximum credit at $2,000 per child under 17 (as happens after this year under the HEROES Act, as written), it could reduce the annual cost of the CTC expansion to about $24 billion. That’s because most middle- and high-income families already receive the full $2,000 CTC. Almost three-quarters of the benefits from making the CTC fully refundable would go to families with children in the bottom one-fifth of the income distribution. Over 90 percent would go to the lowest-income 40 percent of families (figure 2). 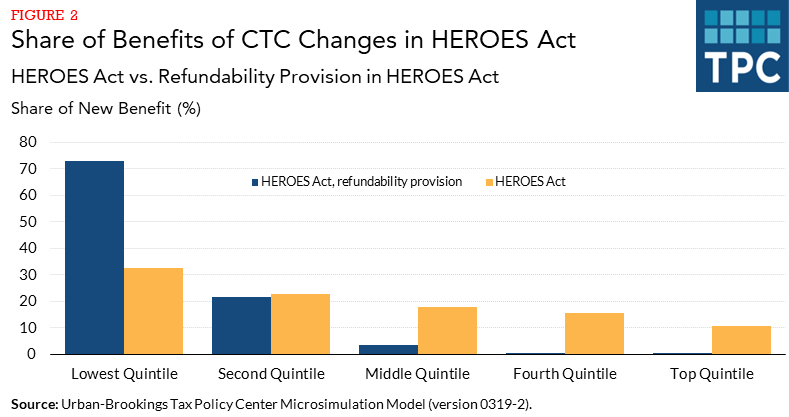 The refundability provision in the HEROES Act also was included in other proposed legislation, such as the Working Families Tax Relief Act and The American Family Act.

The other CTC changes in the HEROES Act have merit. But they are not as well targeted to low-income households as full refundability.

In 1997, when the CTC was enacted, eligibility was cut off at age 16, chiefly because of budget constraints. Extending CTC eligibility from age 16 to age 17 would align the CTC better with what most people think of as a “child”—covering children at least through most of their senior year of high school. Raising eligibility through age 17 also would spread benefits across all income groups.

Each of the CTC changes in the HEROES Act would help families with children. But if the goal is helping lower-income families in challenging times, Congress should focus most of its attention on the full-refundability provision that is best targeted to very low-income families.