Did SALT-y Voters Punish Republicans in 2018?

How important was the 2017 Tax Cuts and Jobs Act’s (TCJA’s) cap on the state and local tax (SALT) deduction in the 2018 congressional elections? In 2016, Democrats represented 27 of the 50 congressional districts with the greatest percentage of individual income tax filers claiming the SALT deduction.  In the 2018 election, Democrats picked up 14 seats among those 50 districts, and now hold 41. By contrast, among the 50 congressional districts where the smallest share of tax-filers took the SALT deduction in 2016, Democrats picked up only two seats. 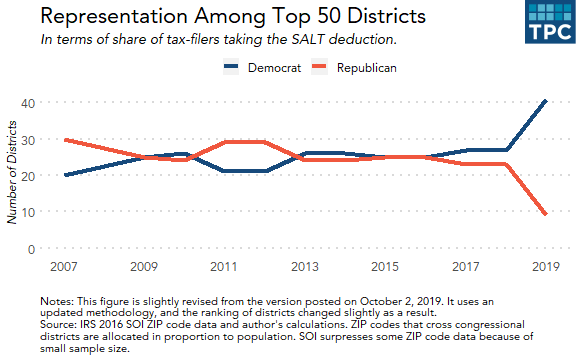 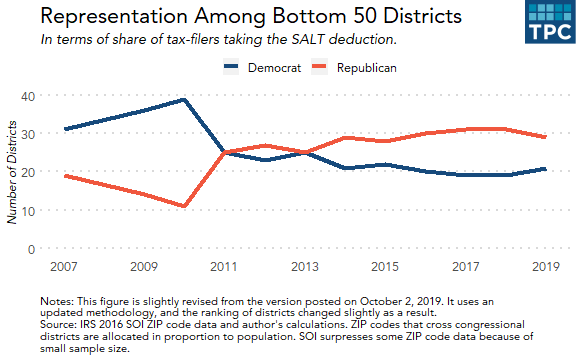 When looking at the bigger picture, it becomes clear that Democrats did disproportionately well in the districts where a large percentage of taxpayers claim the SALT deduction. The greatest increase in Democratic representation occurred in the 40 percent of congressional districts with the highest percentage of taxpayers taking the SALT deduction. 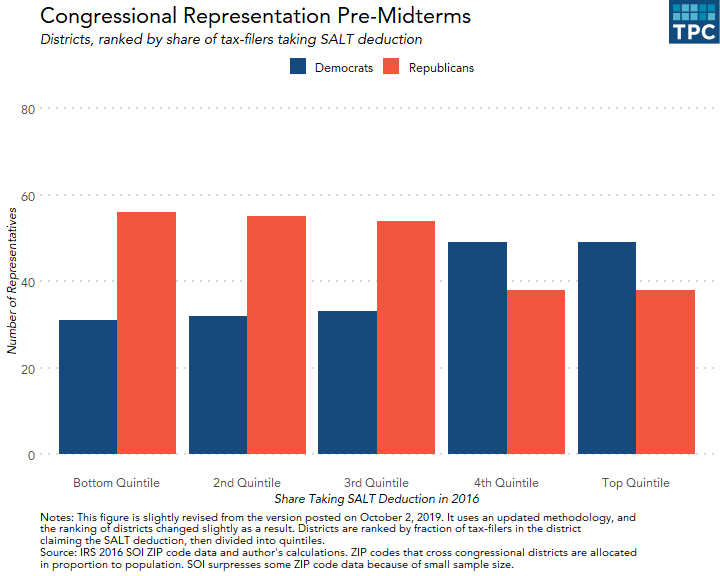 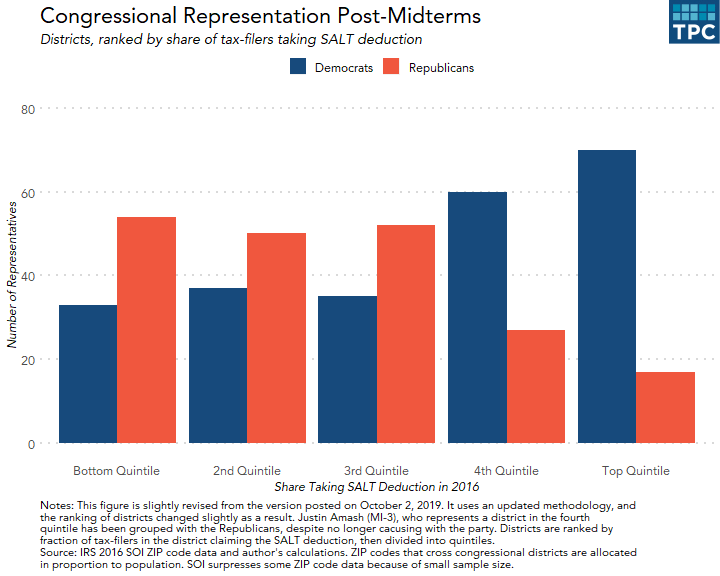 This is not to suggest that the turn from Republicans was caused only by voter anger at losing a portion of their SALT deduction. For starters, the standard deduction increased under the TCJA, so fewer of these tax-filers would have been itemizing to begin with. Then, there’s the fact that Democratic support has been increasing for years in higher-income, highly-educated areas – two characteristics that correlate with having higher state and local taxes. And, of course, there were a litany of other hot button issues at play in 2018, such as the Republican attempts to repeal the Affordable Care Act and anger at President Trump. These issues, and others, helped increase Democratic support in over 80 percent of counties, including in counties with large numbers of white non-college educated voters, racial minorities, individuals age 45 or older – and, as we see below, in counties with a small percentage of filers taking the SALT deduction. 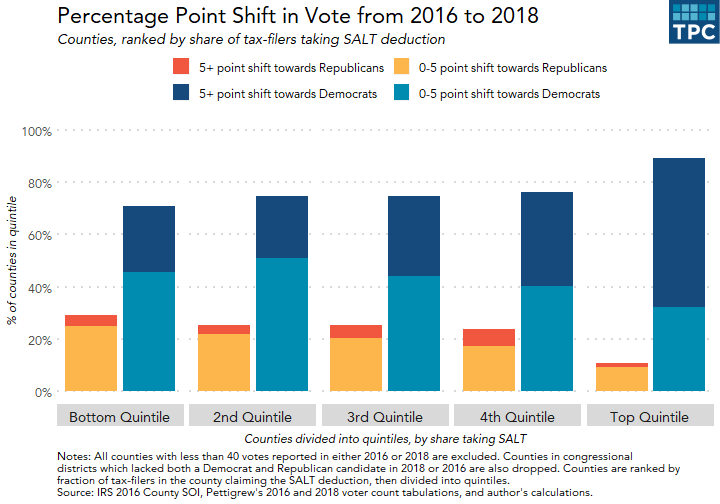 That being said, the largest shift towards Democratic house candidates occurred in the 20 percent of counties with the greatest percentage of tax filers taking the SALT deduction, and we certainly see anecdotal evidence that this played a role within congressional districts.

While it is not possible to prove a direct link, the successful Democratic candidates in these districts act as if they believe the issue was important. Nearly half have sponsored or cosponsored House bills to repeal the SALT cap, and a majority of the remaining support bills that increase the cap. 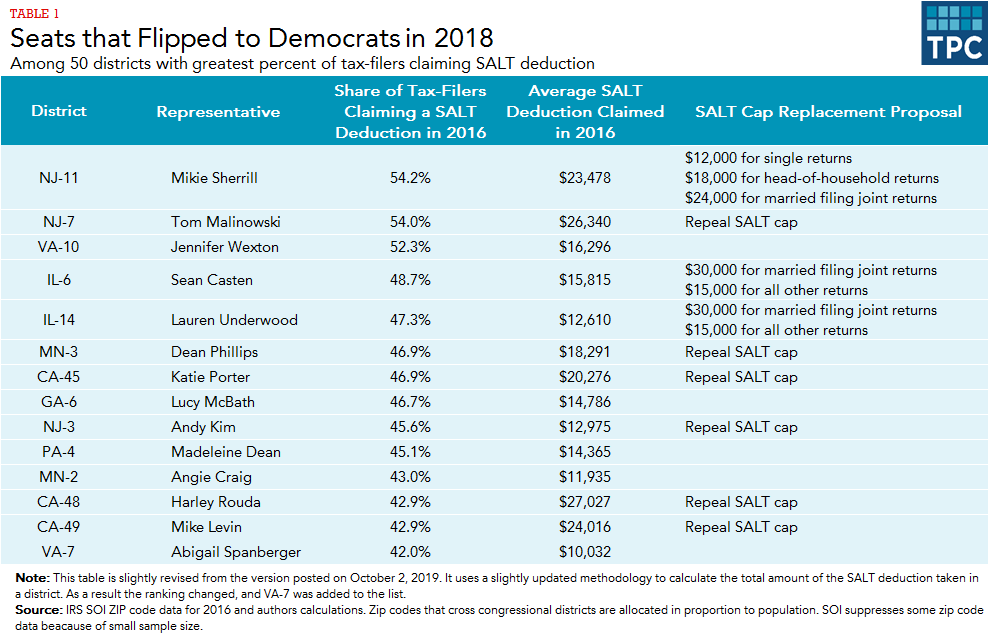 Some observers have criticized Democrats for defending a tax deduction that primarily benefits the wealthy. Perhaps that characterization is true, but to the extent that the SALT deduction makes it easier politically to impose taxes, it also encourages states and localities to spend more on services that help low- and middle-income households and to levy more progressive taxes than they otherwise would.  Given that the individual income tax provisions in the TCJA largely expire at the end of 2025, Congress will certainly be revisiting the SALT deduction issue and its implications in the coming years.

A spreadsheet with data for all congressional districts is available here.