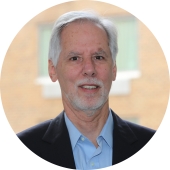 Republicans and some leading economists have raised concerns about the cost, fairness, and stimulative effects of proposed cash payments in the pandemic relief legislation Congress is considering. It is possible to redesign those payments to more effectively distribute funds and increase payments to low- and moderate-income households at no additional cost.

The cost could be reduced by limiting President Biden’s proposed $1,400 per person payments in several ways: Payments could be made only to adults and exclude children; payments could be phased out at lower incomes; and, assistance could be reduced more rapidly for those above the phaseout thresholds. Some of these savings could be used to increase assistance for low-income households that have suffered the worst financial setbacks from the COVID-19 downturn.

Similarly, the President’s proposed temporary expansions of the child tax credit (CTC) could be further enhanced by increasing the credit amount by at least another $1,400, and better targeted by limiting eligibility for the expansions to lower-income families.

With these changes, each dollar spent on the payments would have a much larger stimulative effect because it would go to those who would be more likely to spend, rather than save, it.

The relief payments could be structured this way:

The length of the phaseout for the cash payments could also be shortened by increasing the phaseout rate, for example to 9.3 percent instead of the 5 percent proposed by the President.

Some of the large cost savings from limiting the payments to taxpayers and lowering both the beginning and length of the phaseout ranges could be used to make larger payments to low-income taxpayers whose incomes fell significantly between 2019 and 2020. For example. these additional payments could be provided only to taxpayers who had 2019 incomes below $120,000 for joint filers and $60,000 for single and head of household filers.

The additional cash payment could be based on 25 percent of the reduction in the taxpayer’s income from 2019 to 2020 with the amount capped at, for example, $10,000 for joint filers and $5,000 for single and head of household filers. Those with 2019 incomes below the eligibility limits would receive a cash payment that was the larger of $1,400 per taxpayer or 25 percent of the reduction in their income, limited to $10,000/$5,000.

The IRS could calculate these additional cash payments based on the income and filing status reported on 2019 and 2020 income tax returns, or on income reported on 2019 and 2020 information returns (such as W-2s) for those who did not file in 2019 and who have not filed a 2020 income tax return by the time IRS processes the payments. When people file their 2020 returns, those whose cash payment was based on 2020 information returns would have their final tax due adjusted to reflect any changes—either a bigger refund or an additional payment, which also could be adjusted on their 2021 tax return.

For 2021, the President also proposed increasing the CTC from $2,000 to $3,600 for children under age 6 and to $3,000 for other eligible children, raising the child eligibility age from under 17 to under 18, and making the credit fully refundable. He would retain current law income levels at which the credit begins to phase out: $400,000 for joint filers and $200,000 for single and head of household filers.

Lowering the incomes at which the more generous CTC would apply could save additional funds. For example, the limits could be set at the same level the $1,400 payments are fully phased out, say, at $150,000 for joint filers and $75,000 for singles and heads of household.

Some of the cost savings from lowering the CTC phaseout thresholds and from excluding children from the $1,400 relief payments could be used to further enhance the temporary expansions of the CTC. For example, the CTC could be temporarily increased for eligible children of all ages to $4,540, the per child federal poverty guideline for 2021 and $1,540 more than proposed by the President for children over age 5. The eligibility age could also be raised to under 19. And the more generous benefits might also be made retroactive to 2020, providing additional help to lower-income parents who continue to cope with the financial burden of the pandemic.