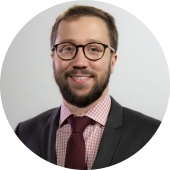 The Booming Economy, Not The 2017 Tax Act, Is Fueling Corporate Tax Receipts

Corporate tax revenues boomed in 2021 and some supporters of the 2017 Tax Cuts and Jobs Act argue that the big tax reductions in the bill deserve the credit (Wall Street Journal, Goodspeed and Hassett). But there is a much better explanation: Last year’s strong economic growth, high inflation, and pandemic-related relief legislation increased both corporate profits and the taxes business paid. 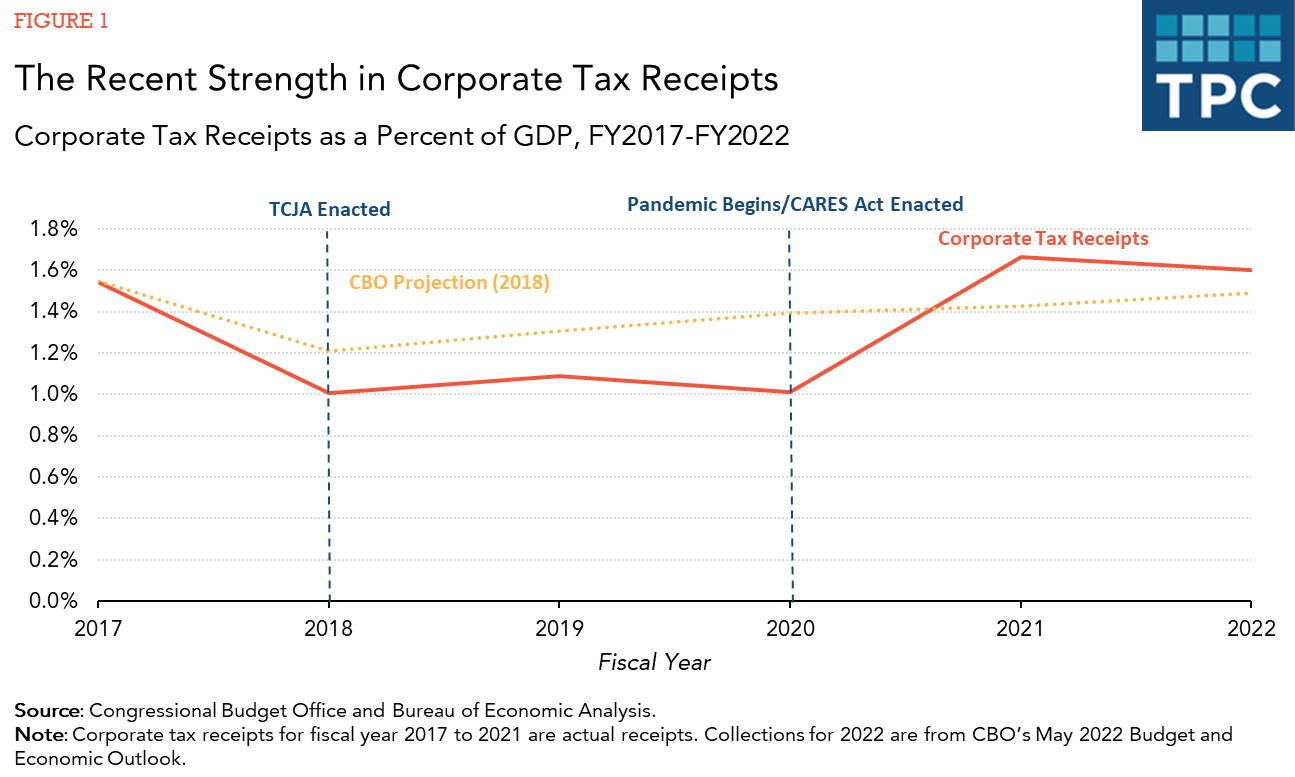 The reasons are pretty clear: In 2021, the economy grew at its fastest pace in three decades and inflation rose at its highest rate in four decades. From early 2020 to early 2021, Congress passed multiple bills designed both to cushion the economic and public health impact of the pandemic and help the economy recover.

These measures will pump more than $5 trillion into the economy over their respective 10-year budget horizons compared to the TCJA that totaled $1.9 trillion. The Fed’s accommodative monetary policy also stimulated the economy.

Fiscal stimulus and easy money raised the demand for goods and services much faster than they increased output, which was restricted by pandemic-related supply constraints. Together, those factors drove prices higher. In general, higher demand translates into higher profits for corporations and higher compensation for workers. Profits increase despite the higher compensation largely because prices of goods tend to respond more quickly to increased demand than wages.

Higher corporate profits translate into higher corporate taxes. Profits rose to an average of 12.2 percent of GDP in 2021, more than a percentage point higher than the 11.1 percent average between 2017 and 2019 (Figure 2). 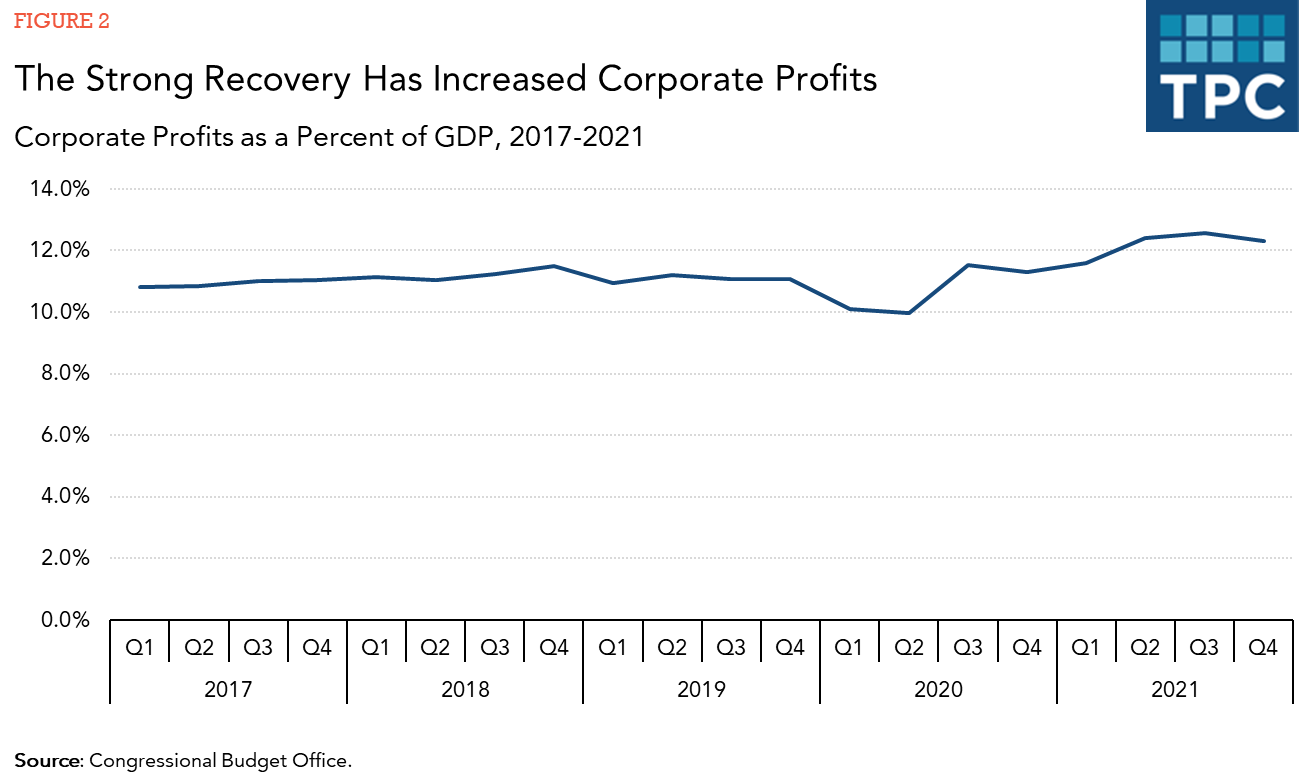 Tax legislation also played a role in raising corporate tax receipts in 2021. But much of that was due to timing changes in reporting income. For example, the TCJA accelerated deductions for business investments, which reduced taxes early but increased them later. The 2020 CARES Act permitted business to use that year’s losses to reduce prior year taxes. As a result, some corporations accelerated deductions to 2020 and delayed income from 2020 until 2021—all intended to create or increase 2020 losses. In addition, corporations had an incentive to accelerate income into 2021 and delay deductions until after 2021 to avoid proposed tax increases under the Build Back Better Act.

Some have suggested that the higher profits were the result of strong business investment. However, this is inconsistent with the data on rate of return for corporations. As profits rose from 2020 to 2021, the rate of return on assets for nonfinancial corporations increased from 7.8 percent to 9.4 percent, higher than the average of 8.4 percent over 2017 and 2019. If higher investment boosted US corporate assets during that period, the pre-tax rate of return on corporate assets would have fallen—not increase as it did. 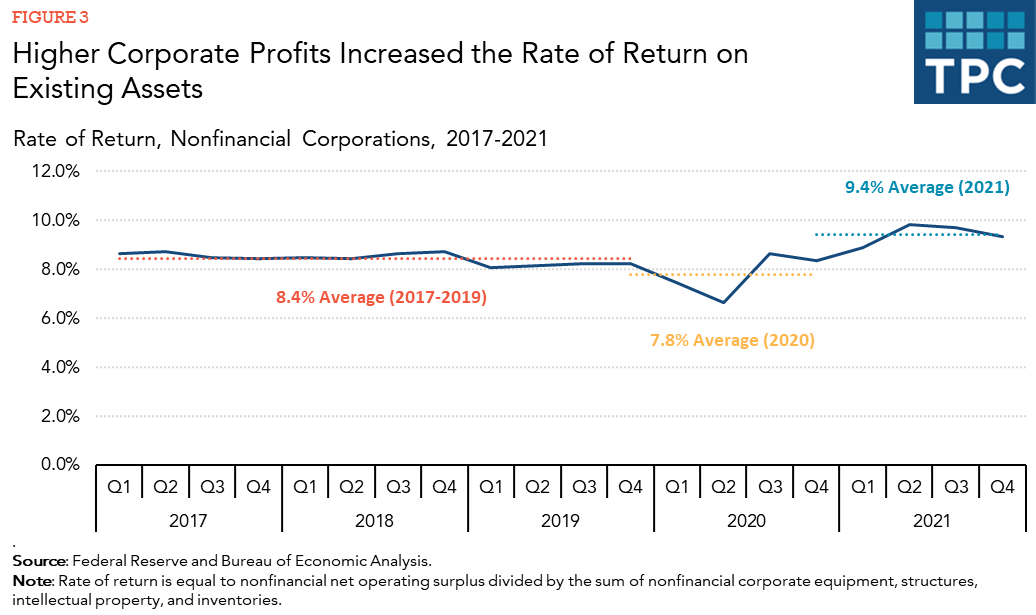 When Congress passed the TCJA at the end of 2017, official scorekeepers expected corporate tax receipts would decline over the following decade. However, after collapsing during the pandemic, they increased significantly in 2021. A law as comprehensive as TCJA is bound to impact the economy and federal government finances, but TCJA is not a plausible explanation for the large recent increase in corporate tax receipts. Instead, just look to the economic recovery, higher prices from supply and demand imbalances, the aftermath of pandemic relief legislation, and monetary accommodation.