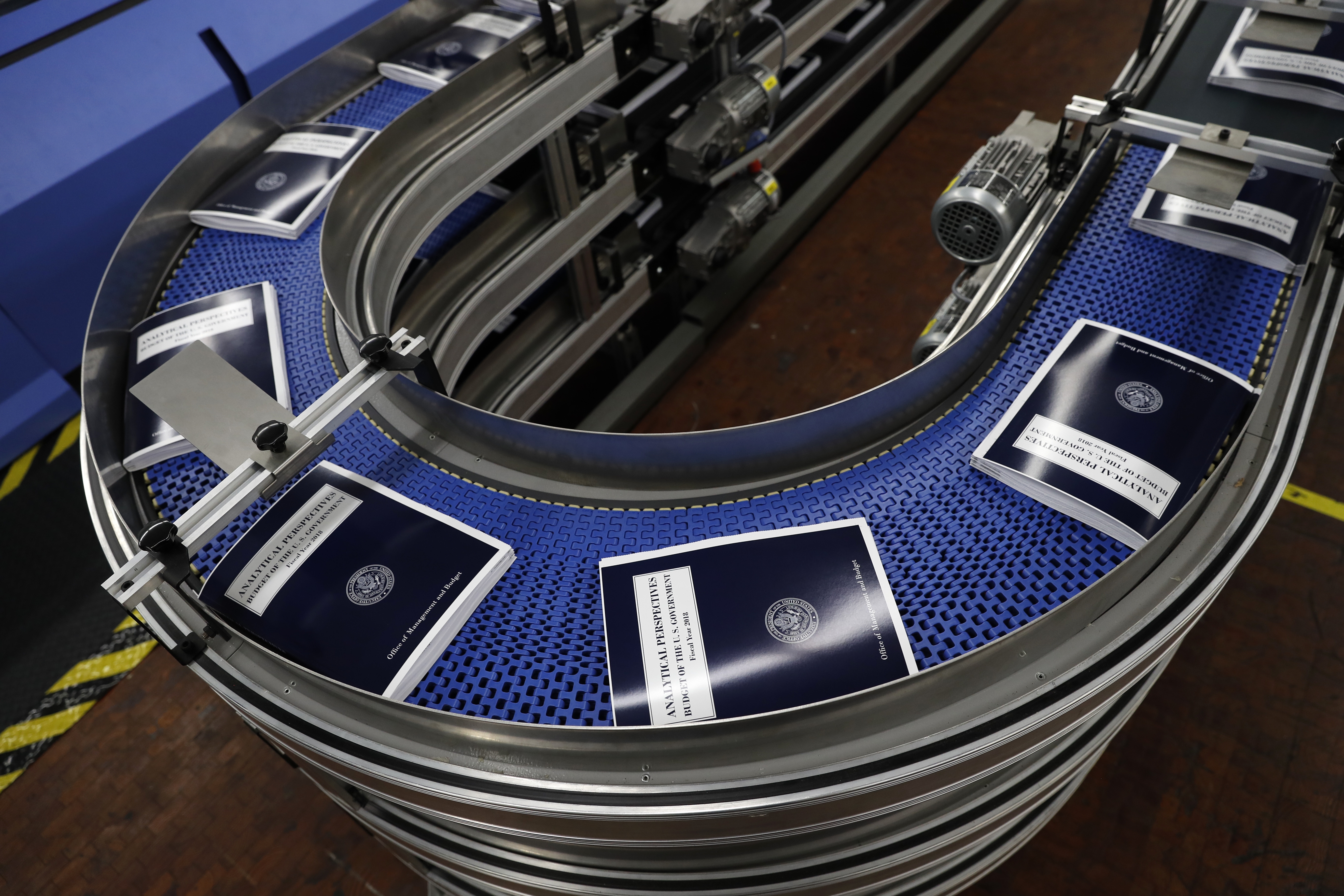 You know the old joke: An economist and a seaman are stranded on a desert island with only canned food to eat. But they have no way to open the containers. “What do we do,” asks the sailor. “Assume a can opener,” replies the economist.

That, in a nutshell, describes President Trump’s 2018 budget request. On its face, it claims to accomplish five major goals: It would significantly cut taxes, boost spending on the military and border control, slash spending for regulation and safety net programs for the poor, protect most of Medicare and Social Security, and balance the budget in 10 years.

But it all only hangs together thanks to that hypothetical kitchen device, a big dose of supply side economics, and a black box the size of an aircraft hanger. The President’s budget will balance in a decade only if the economy grows far faster than nearly all economists think it can. And that implausibly rapid growth, the White House argues, will happen largely thanks to huge tax cuts that it never describes in more than a few bullet points. The result: The government will collect $2.7 trillion more over the next decade than under current law. Combined with $3.5 trillion in spending cuts, the budget will be balanced.

The fiscal plan projects that economic growth will ramp up rapidly from 2.3 percent this year to a sustained 3.0 percent rate by 2021. That’s vastly higher than the Congressional Budget Office forecast, which projects 1.6 percent growth for the next few years, rising to an average of 1.9 percent from 2021 to 2027. The Federal Reserve projects roughly 1.8 percent growth over the period.

The administration, though, is banking on powerful supply-side effects of what the President says will be historic tax cuts: As soon as fiscal year 2021, the budget asserts, his fiscal policy will generate more tax revenue than current law. By 2027, the Trump tax plan will produce revenue equal to 18.4 percent of the economy, the same as CBO’s current law projection. But because the economy will be so much bigger, Trump’s fiscal plan will generate $600 billion in additional revenue.

There are two problems with this rosy scenario, to borrow an old phrase. The first is that it very likely overstates the effect of any tax cuts on economic growth. The second is that it vastly overstates the positive effects of a Trump-like tax cut on growth. Indeed, if the President’s proposal looks anything like what he offered during the campaign, its medium-term effects on the economy would be modest at best, and its long-term effects would be negative.

To take the first problem first, while tax policy can affect the economy on the margins, the biggest drivers are labor force growth and productivity. Trump can’t do much to boost the number of US workers short of, say, raising the age of Social Security eligibility or opening the borders to immigrants (neither idea is in his budget). And productivity growth is largely a result of new technology and businesses processes, which are notoriously hard to predict and mostly immune from tax policy.

Without an explosion of workers or new tech, it is hard to see how Trump could get the economy growing at a sustainable rate of 3 percent even with the best of policy choices. But Trump’s tax policy, at least as he has described it so far, falls far short of ideal.

The budget promises that the president’s unspecified tax cuts would increase revenues by $2.7 trillion over 10 years. But last October, the Tax Policy Center, in partnership with the Wharton School at the University of Pennsylvania, estimated that Trump’s last campaign plan would reduce federal revenue by $6.2 trillion over the same period.

Are these the same proposals? It is impossible to know since most specifics are either undecided or hidden in that black box. Trump’s one-page outline in April described some changes to his campaign plan, but it is roughly the same proposal and its revenue effects are likely to be similar.

The budget document itself includes a revenue estimate for exactly one significant tax policy change—a   proposal to make it harder for some immigrants to claim the Earned Income Tax Credit and the Child Tax Credit. Beyond that, it merely restates that one-page summary but without specific revenue estimates.

The lack of detail? Another can opener, according to Budget Director Mick Mulvaney. He told reporters yesterday, "We do assume in this budget that that plan is deficit-neutral, just because it was, in all honesty, the most efficient way to look at it.”

But wait, you may be saying, isn’t Trump offsetting his tax plan with spending cuts? The problem is the president can’t use the same spending reductions to pay for new military and border security initiatives, finance big tax cuts, and balance the budget.  At least he can’t without the help of that handy can-opener.