The child tax credit (CTC) provides a credit of up to $2,000 per child for families with children under 17. But low-income families often get much less than that because only a portion of the credit is refundable to taxpayers who have little or no income tax liability. Policymakers could make a few relatively minor changes to the credit that would direct more resources to those families with the highest needs—something research shows could help families now and also provide long lasting improvements in health and education outcomes.

Annually, the CTC delivers about $130 billion in benefits to families with children. This includes the CTC available for families with children under 17 as well as a $500 nonrefundable credit available for older children and other dependents. Families in the lowest-income quintile receive the lowest average benefit from the CTC – about half that received by all but the highest income families. The $500 credit for older dependents comprises a small share of the total CTC, so the remainder of this post focuses on the portion of the credit for children under 17.

Enacting all three of these fixes would cost about $21 billion in 2019.

Among families with children, benefits from any of these proposals would be heavily tilted toward those in the bottom 40 percent of the income distribution; over 80 percent of benefits from allowing all earnings to count toward the refundable portion of the credit or phasing the refundable portion of the credit in faster would accrue to families in the lowest 20 percent of the income distribution (figure 1). 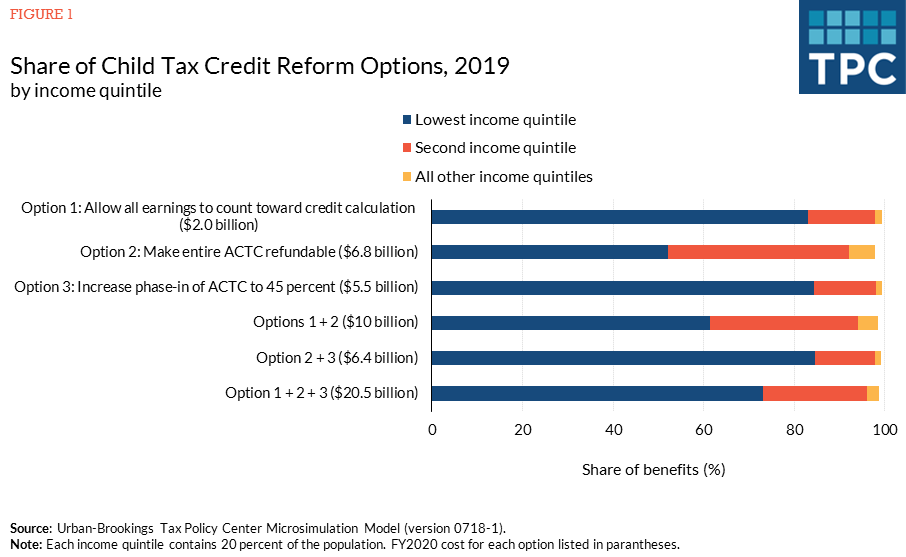 For families with children who would benefit from the options, the average credit increase for each option would be highest for those in the lowest 20 percent of the income distribution (figure 2). 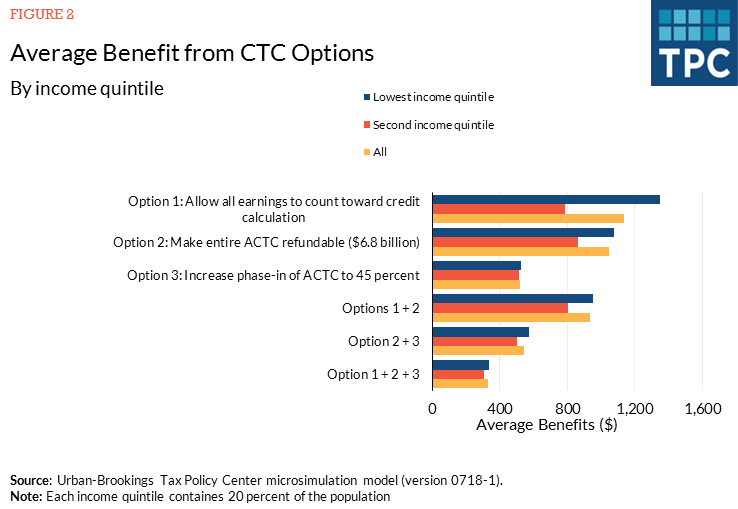 Amending the CTC to allow all earnings to count toward the credit’s calculation, allowing the full $2,000 credit to be refunded, or phasing in the credit faster would largely assist the lowest-income families with children, without raising the overall cost of the credit unduly. Doing so would not only help low-income families meet existing needs, but could also improve health and education outcomes later. And this seems like it would be money well spent.