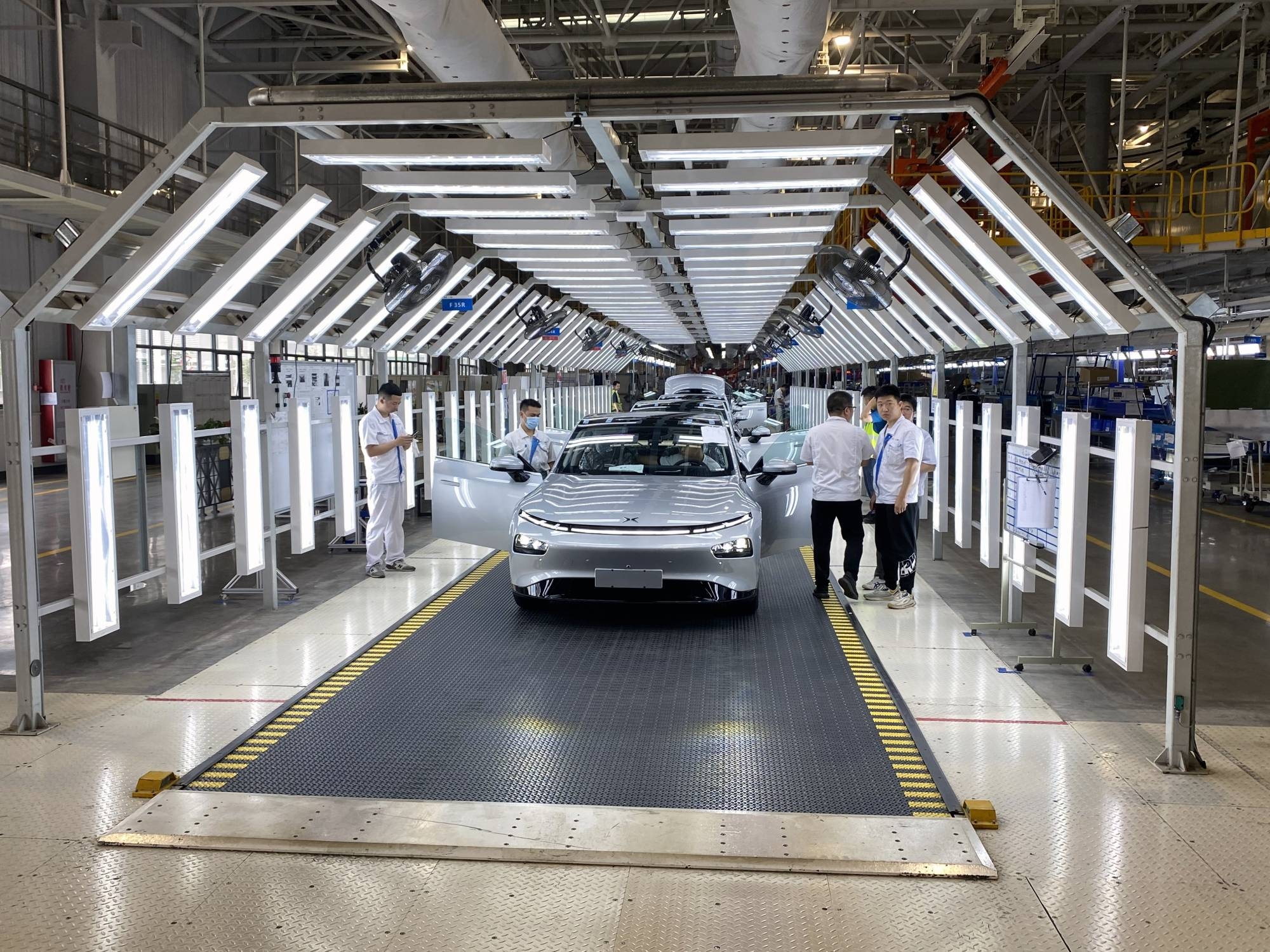 Industrial Policy Is Back. What Will It Mean For Taxes?

Industrial policy is trending. At a time when few policy ideas win bipartisan support, government subsidies for favored industries are feeling the love from Democrats and even many Republicans. But how these benefits are delivered to businesses, through direct subsidies or tax policy, matters a lot.

This new-found enthusiasm for industrial policy—the idea that government can use subsidies to nudge business to allocate resources more efficiently than markets can—started with last year’s infrastructure bill.

That nearly $1 trillion measure, scaled down from what President Biden initially proposed, passed with the support of 19 Senate Republicans. It substantially increased funding for public roads and bridges but also provided money for private enterprises such as electric vehicle chargers, railroads, and utilities.

Last month, Congress passed the $79 billion Chips-Plus Act. It won the support of every Senate Democrat and 17 Republicans. And it was an explicit attempt to subsidize and promote computer chip manufacturing in the US.

It included $50 billion in direct subsidies for domestic semiconductor companies and an Advanced Manufacturing Investment Tax Credit for chip makers that will reduce federal revenues by $22 billion through 2026 alone. It is due to expire at the end of 2026 but no one will be surprised if it is extended.

The Inflation Reduction Act (IRA) followed just a few weeks later. While it passed with only Democratic support, the measure included dozens of tax subsidies aimed at promoting green energy. Especially green energy produced in the US with domestic materials. This is a vastly different model than a carbon tax, where the market would respond in its own way to an increase in the price of carbon emissions.

The new law includes tax credits of up to $7,500 for purchases of electric vehicles. But the full credit is available only for EVs assembled in the US and if batteries and their raw materials are sourced in North America.

Similar Made in America rules apply to incentives for production of wind turbines, solar panels, and the like.

The idea of government picking winners and losers never quite went away. Following the 2008 financial crash, the federal government bailed out banks and automakers, among others. Former President Trump was a huge fan of tariffs. And governors and mayors hand out tax breaks to sports moguls and big jobs-promising businesses like candy on Halloween.

But on the national level, industrial policy had fallen out of fashion. For instance, the Republican’s massive 2017 Tax Cuts and Jobs Act (TCJA) focused far more on across-the-board corporate tax cuts than on picking specific winners and losers.

Now, for environmental, geopolitical, and domestic political reasons, industrial policy is back.

Democrats, at least, believe climate change is such an existential risk that markets need to be pushed to move more aggressively towards alternative energy.

Both parties are increasingly worried about growing threats by the People’s Republic of China against Taiwan, source of as much as two-thirds of the global output of computer chips and more than 90 percent of the most advanced chips.  That’s on top of an already-existing chip shortage.

The Buy America green energy provisions were largely driven by demands of lawmakers who wanted to be sure their local companies and workers would benefit. But the result was the same: government support for some lucky industries.

There are significant differences, however, between direct subsidies and tax benefits.

Direct subsidies, such as grants and loans, go to individual companies and must be managed by a substantial bureaucracy. Eligibility standards have to be set, applications submitted and reviewed, and oversight implemented. Because the US has done so little industrial policy in recent years, federal officials must relearn how to manage these projects.

There always is the risk of a high-profile boondoggle. Remember the tale of Solyndra, a California solar start-up that went bankrupt after taking more than $500 million in loan guarantees from the Obama Administration.

Tax credits are different. Treasury writes guidance. Companies claim the credit with no administrative review. In practice, the IRS has little capacity to audit firms that claim tax benefits. And if they eventually are denied, the public never will know.

Credits and deductions generally provide no benefit to start-ups, which have no profits and thus pay no tax. And many firms will claim the subsidies for doing what they would have done anyway, making the tax breaks extremely inefficient. This also can be a problem with direct spending.

For example, just days after Congress passed the Chips-Plus bill, the White House touted examples of companies building or expanding domestic semiconductor manufacturing plants. But, of course, these facilities were on their drawing boards long before the new law passed.

At least for now, industrial policy is back. And, like it or not, tax subsidies will be a big part of it.