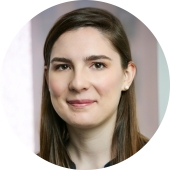 How economists eliminate taxes on your retirement income

Let’s face it. Economists just see the world differently than everybody else. Take, for example, the question of whether Individual Retirement Accounts are tax-free or just tax-deferred. Most people think of IRAs as tax-deferred. After all, you must pay tax when you withdraw money from the accounts. But to an economist, IRAs are tax-free.

In a recent paper, my Tax Policy Center colleague Steve Rosenthal and I reported that three-quarters of U.S. corporate stock is held in tax-exempt accounts, far more than previously thought. But many readers had a quibble with our paper:  they thought we incorrectly included retirement plans in our bucket of tax-exempt investments.  Let me explain why we were right.

Let’s start with plain vanilla taxable accounts. If an investor wishes to invest income earned from her job, she pays two different taxes. First, she pays income tax on her salary. If she invests her post-tax income—in a stock, for example—she’ll pay tax on any dividends she receives and capital gains tax on any appreciation when she sells the stock.

But what happens if she buys the same stock through an IRA? The tax treatment of her investment income will be very different than in a taxable account—she’ll end up paying no tax on either her dividends or on any capital gains.  And it doesn’t matter whether she chooses a Roth or traditional IRA; she will end up with the same amount of money upon withdrawal. That’s why economists treat both forms of IRAs as tax-free.

Here’s the math. For simplicity’s sake, let’s assume she makes her total contribution in a single year, the investment earns a 4 percent annual return for 30 years, and our saver pays the same 25 percent tax rate when she contributes and when she takes her distribution. In many ways, of course, these assumptions may be unrealistic, but they make the explanation easier to follow and don’t change the basic story.

Now suppose instead that she puts her money into a traditional IRA. She doesn’t have to pay income tax on the $100,000 and can invest the full amount.  After 30 years, her investment is worth $324,340 but this time she pays a 25 percent tax on the entire amount, leaving her with the same $243,255 she had with the Roth.

Our hypothetical saver paid tax on her traditional IRA but was her gain actually taxed? She ended up with exactly the same after-tax amount as with a Roth account—economically the choice of IRA didn’t matter. That’s why economists describe both types of IRAs as tax-exempt.

Former Washington Redskins player and Pro Football Hall of Fame member Darrell Green joins thousands of people running in the Prudential 4.01K Race for Retirement on Saturday, Nov. 7, 2015, in Washington to help take on America's retirement challenge by pledging to save one percent more of their annual income. (Kevin Wolf/AP Images for Prudential Financial, Inc.)