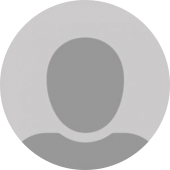 Now that Democrats have taken control of the House of Representatives, some lawmakers are looking for ways to rewrite the 2017 Tax Cuts and Jobs Act. There are opportunities to improve the law, but also pitfalls that could make it worse. In a series of three blogs, the Tax Policy Center’s Rob McClelland looks at some potential reforms. This one looks at the estate tax.

The Tax Cuts and Jobs Act (TCJA) dramatically (but temporarily) increased the exemption level of the estate, gift and generation skipping tax, cutting the number of taxpayers affected by the tax by over two-thirds while reducing revenues by $83 billion over the next decade. As a result, an unmarried person could shield $11.4 million of the value of an estate from the tax in 2019—up from $5.5 million in 2017.  Married couples can protect double that amount—$22.8 million in 2019, up from $11.1 million in 2017.

Like many provisions in TCJA affecting individuals, that change in the estate tax expires at the end of 2025, with the exemption levels falling back to 2017 levels (adjusted for inflation). Accelerating the restoration of the pre-TCJA exemption levels would reduce the deficit while affecting just a few thousand very large estates. Taking such action now could also curb enthusiasm for making the higher thresholds permanent when they expire at the end of 2025.

The exemption levels are scheduled to revert in 2025 to pre-TCJA levels, but if history is any guide, they may not. The Economic Growth and Tax Relief Reconciliation Act of 2001 gradually raised the exemption amount from $675,000 to $3.5 million in 2009. The 2001 act eliminated the estate tax in 2010 but only for that year thanks to some complicated federal budget rules. However, instead of allowing the exemption to revert to the prior law level of $675,000, in December 2010, Congress raised it again—this time to $5 million. In early 2013, when that law was set to expire, Congress permanently set the exemption at $5.25 million and enacted law changes to raise it annually with inflation. Congress could continue that pattern when the estate tax exemption is scheduled decline at the end of 2025.

Some claim that it is necessary to increase the exemption amounts because the estate tax is a form of double taxation. They argue that income earned by the decedent was taxed when it was earned; taxing the savings from this previously taxed income when it passes to an heir is viewed as a second round of taxation. However, a 2014 study by the Treasury Department showed that unrealized capital gains account for almost half of the fair market value of estates. Those gains were not taxed at all during the lifetime of the owner.

Further, under the tax code, the original value (referred to as the basis) of the inherited asset “steps up” to the fair market value at the death of the owner. As a result, these unrealized gains will never be taxed under the income tax at all.

The estate tax therefore acts as an imperfect backstop to prevent capital gains from escaping taxation altogether. There are other approaches to taxing wealth transfers besides estate, gift and generation-skipping taxes. For example, the basis of assets would be the same for the heir as it was for the decedent (a method referred to as “carryover basis”).  Capital gains taxes could be paid whenever assets are transferred. Or Congress could impose a wealth tax on those with significant assets, as Senator Elizabeth Warren (D-MA) recently proposed. In the short run, however, the easiest approach is for Congress to revert to the prior exemption levels for the estate and gift tax.