Now that Democrats have taken control of the House of Representatives, some lawmakers are looking for ways to rewrite the 2017 Tax Cuts and Jobs Act. There are opportunities to improve the law but also pitfalls that could make it worse. In a series of three blogs, the Tax Policy Center’s Robert McClelland looks at some potential reforms. This one looks at partially or fully restoring personal exemptions.

Accomplishing all three goals simultaneously is nearly impossible. But there are some ways to restore the personal exemption while accomplishing at least a portion of these goals. Here are a few examples: 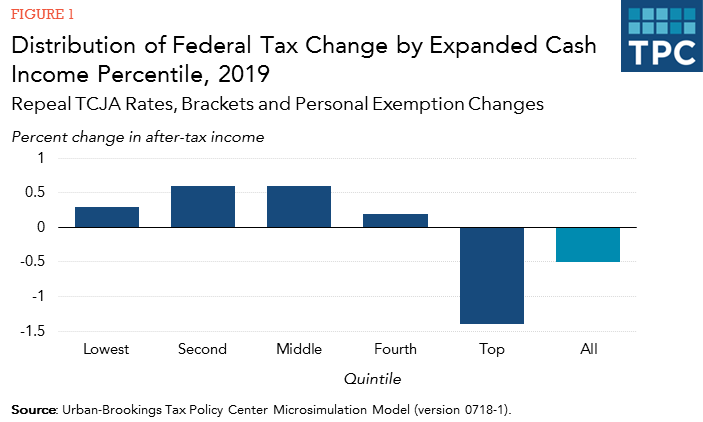 But not everyone was made whole by those changes. Dependents older than 16 cannot be claimed for the child tax credit (although they can be claimed for the generally less valuable $500 dependent tax credit.) In addition, taxpayers lost the exemption for themselves and their spouses entirely; for some, that loss was offset by the increase in the standard deduction but that did not benefit those who continue to itemize. 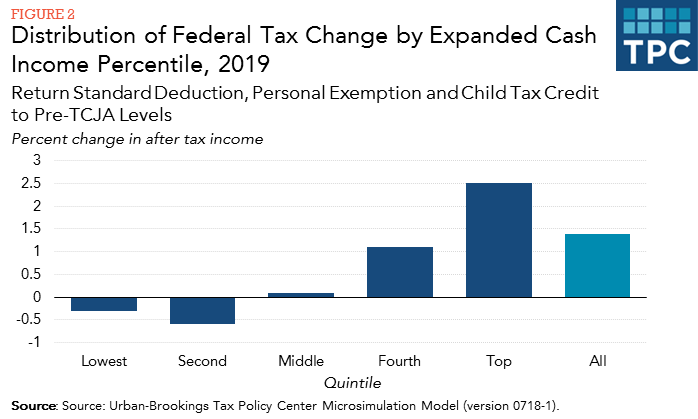 Partially restore the personal exemption and reduce the standard deduction and the phase-out threshold of the Child Tax Credit. Previously, the standard deduction was $6,500 for single filers and $13,000 for married filers. The TCJA raised those deduction amounts to $12,000 and $24,000, respectively. At the same time, the TCJA increased the beginning of the phase-out range for the CTC from $75,000 to $200,000 for single filers and from $110,000 to $400,000 for married taxpayers filing jointly. Congress could set a new limit between the old and new levels, and the resulting revenue could fund a partial restoration of the personal exemption.

It is tempting to restore the personal exemption but Congress need to be careful of the cost, the distributional effects, and its effect on incentives to work.