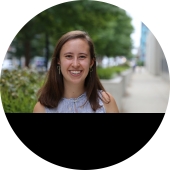 Fines and Forfeitures and Racial Disparities

Increasingly visible instances of police violence against Black people in the United States have sparked nationwide protests and calls to defund the police or to redirect criminal justice spending. The revenue side of the criminal justice system has received less attention, though some evidence suggests that fines and fees, much like policing, are also closely intertwined with issues of structural racism.

New data from the 2017 Census of Governments shows that state and local governments raised $14.9 billion from fines and forfeitures in 2017. Overall, these payments represented a small share of own-source revenue in states, cities, and townships, but there was wide variation across jurisdictions. Some cities and townships, in particular, rely much more heavily than others on revenues from parking and moving violation tickets, traffic camera violations, court-imposed fines, forfeited bail, and other criminal justice-related charges and penalties. 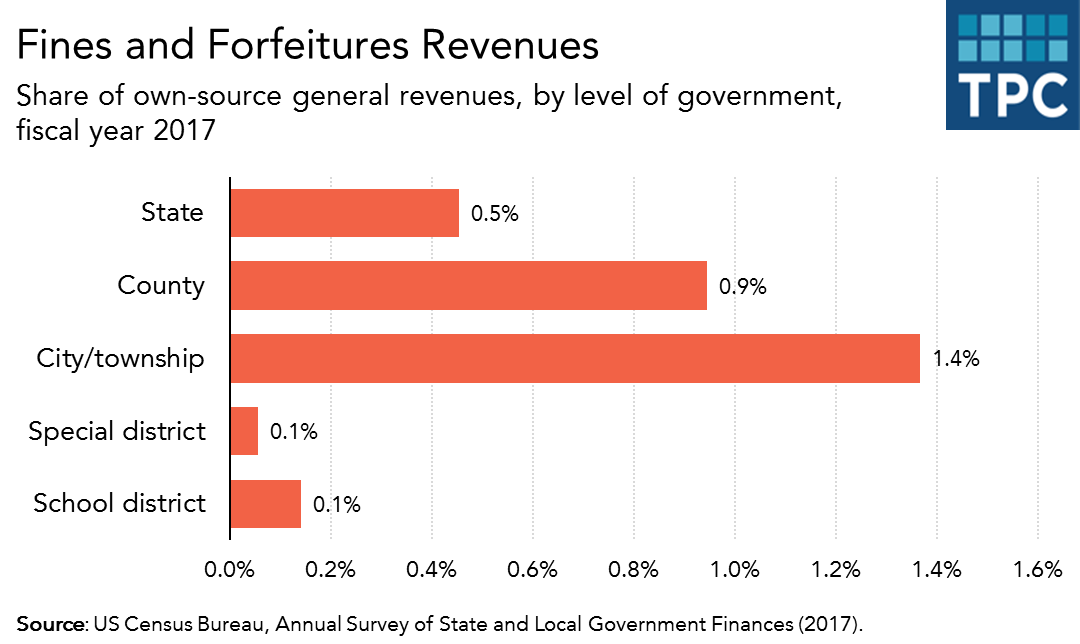 Some smaller cities and towns rely more heavily on fines and forfeitures. For example, they comprised nearly all the own-source revenues in Anacoco, LA and Green Island, NY.

Among the largest cities (those with over 300,000 residents), there was considerable variation in the revenues from these sources. Chicago and New Orleans raised about 4 percent or more of their revenue from fines and forfeitures, compared to the 1.4 percent average across the largest cities.

In 2017, Chicago collected $321 million ($118 per capita) in fines and forfeitures, 4.9 percent of its own-source revenues. Aggressive ticketing practices were among the main reasons, as Chicago issued 3.6 million vehicle-related tickets in 2017, more per capita than New York and Los Angeles. Low-income and predominantly Black and Latinx communities are subject to higher rates of ticketing than White neighborhoods in Chicago. And these tickets can impose significant financial burdens on the affected households.

For example, unpaid tickets often double in cost after their due date. Those who are unable to pay by some deadline often are subject to additional penalties, such as vehicle impoundment and suspension of drivers’ licenses. These measures can prevent individuals from commuting to work, making it even more challenging for them to pay off their ticket debt and potentially forcing Chicagoans into bankruptcy.

Mayor Lori Lightfoot and the City Council recently reformed some of the city’s ticketing practices. A new law enacted by the City Council last September reduced late penalties, created an amnesty for some ticket debt, and ended the practice of license suspensions for unpaid parking tickets, among other reforms.

In 2017, New Orleans raised $44 million ($113 per capita) from fines and forfeitures, amounting to 3.9 percent of its own-source revenues. The Orleans Parish Criminal District Court (OPCDC) generated much of this revenue through conviction fines and court fees. In principle, fines are designed to serve as sanctions for crimes, whereas fees help fund courts. But in New Orleans, the OPCDC used both fines and fees to help support the courts.

As recently as 2019, New Orleans could jail residents who were unable to pay fines. Black residents of New Orleans were jailed for failure to pay fines at 1.5 times the rate of White residents. A federal district judge in Louisiana ruled this “debtors’ prison scheme” unconstitutional in 2017, and the Fifth Court of Appeals upheld this decision two years later, ruling that financing OPCDC courts through fines and court fees created strong incentives for judges to aggressively pursue payment.

In response to this ruling, the state recently passed legislation that directs fines and fees to the city of New Orleans, rather than the courts themselves. Still, advocates doubt it will reduce the overall burden of criminal justice debt on residents of New Orleans.

Fines and forfeitures during the COVID-19 pandemic

Before the COVID-19 pandemic, local governments’ excessive reliance on fines and forfeitures had a devastating effect on many Black and Latinx households. The pandemic may be making the potential consequences more dire.

Numerous families already face significant financial strain due to the pandemic, making the cost of an additional parking ticket or court fee especially burdensome. Further, certain penalties associated with criminal justice debt could even be dangerous to public health. Vehicle impoundment and license suspensions may force individuals to carpool or spend hours on public transit, potentially putting them at a higher risk for contracting COVID-19.

At the same time, the pandemic has left many local governments in an unprecedented fiscal crisis. Facing increasing costs and declining tax revenues, local officials may be inclined to raise additional revenues through fines and forfeitures. In fact, the US Department of Justice’s 2015 investigation into the Ferguson Police Department found evidence of pressures to raise traffic ticket collections to make up for a sales tax shortfall. However, as was found five years ago, it would be fiscally imprudent and unjust for cities to pass the burden of local finances onto their most disadvantaged residents.