The Federal Government Can Help Baltimore And Other Cities in Trouble, But It Takes More Than Money

The recent feud between President Trump and Representative Elijah Cummings (D-MD) over conditions in Baltimore may have one benefit: it lets us reopen a debate over how the federal government should best assist America’s cities.

Federal aid to cities has declined dramatically since President Johnson’s 1960s war on poverty that nearly tripled federal grants to states, cities, and other local governments. Although some of the largest and most enduring programs (Medicaid, Title I for public schools) targeted states, most federal funds during this period went to cities. But federal direct support for cities plunged in the 1980s and has remained at low levels ever since. 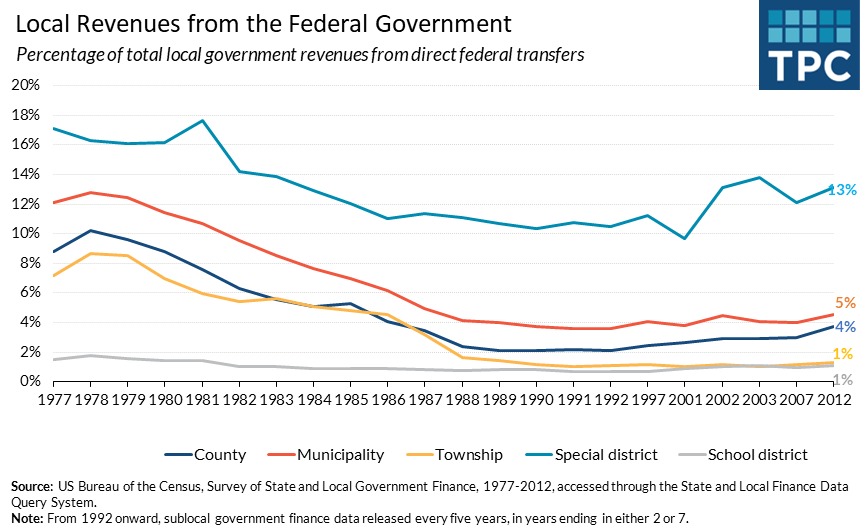 Much has been written about how direct federal engagement with cities can fall short. And while some cities are enjoying economic booms, others — including Baltimore — remain mired in poverty.

Skepticism around Johnson’s Great Society led President Nixon to seek to combine federal grants into “special revenue sharing programs” or block grants. The theory: Give state and local governments more flexibility in how they spend federal dollars. The reality: Give them less. President Reagan presided over another consolidation push as well as a decline in real per capita state and local aid.

But there’s another way. Contrary to some criticisms at the time, the Obama administration did something novel with Detroit, a struggling city that was dealt a body blow by the Great Recession. With no new funding from Congress, Obama reallocated existing dollars within legal limits. The administration also leveraged non-financial assets such as its convening authority, technical expertise, and bully pulpit to help the city.

Those initiatives fixed street lights, reduced blight, and made streets safer. And they paved the way for a grand bargain among local government, philanthropies, and public employee unions that arguably saved the city, many pensioners’ livelihoods, and the Detroit Institute of Arts.

Despite those successes, the Obama administration was unable to consolidate and build on the lessons from Detroit, perhaps because of reasons beyond its control. Detroit may have been unique because of its iconic status as the heart of the US auto industry as well as the precedent of federal auto industry bailouts.

Obama did initiate a similar effort in Baltimore but it did not produce anything like the results in Detroit. And the outcomes of other federal-city initiatives such as the Obama Community Solutions Council and Opportunity Zones included in the 2017 Tax Cuts and Jobs Act are unclear.

But failure is not an option with concentrated poverty on the rise and more evidence accumulating on the negative effects of growing up in a disadvantaged neighborhood. And big cities are far from the only ones in trouble. Small and mid-sized communities are falling behind too in a world less reliant on regional economic hubs than on global supply chains.

While Trump’s attack on “rodent infested” Baltimore was not productive, it did highlight the need for federal policymakers to take a creative approach to cities. When levels of government work together smoothly and efficiently, instead of calling one another names, everyone benefits.