Today could be a big day for many low- and moderate-income families. February 15 is the first day those who claim either an earned income tax credit (EITC) or the refundable portion of the child tax credit (the additional child tax credit, or ACTC) can receive their 2016 tax refunds. This is several weeks later than in past years – time that could be costly for cash-strapped families who often rely on getting refunds sooner.

Recently released IRS data shows that fewer people filed returns early this year and that the average refunds dropped almost in half relative to recent years – signs that point to filing delays by people claiming EITCs and ACTCs (filers who typically file early and qualify for relatively large refunds). Congress mandated the delay when it passed the Protection Americans From Tax Hikes Act of 2015.

Congress slowed refunds to reduce fraud. The delay was intended to give IRS time to verify income on EITC and ACTC returns since employer’s are now required to file information returns by January 31 (previously they had until March.

While we don’t know if the delay did reduce fraud, it may have discouraged people from filing their tax returns early. As of Feb. 3, only 20 million returns were filed, compared to about 27 million in each of the three prior years.  The IRS attributed this, in part, to fewer days in the 2016 filing season compared to the 2015.

Since fewer returns were filed, the IRS processed fewer refunds. By the first week of February, the agency had processed 6.6 million refunds, compared to over 17 million in each of the prior three years. Refunds were also much smaller in this early period than in the past – averaging just under $2,000, compared to about $3,300. IRS attributed both of these facts to the delayed EITC and ACTC refunds. 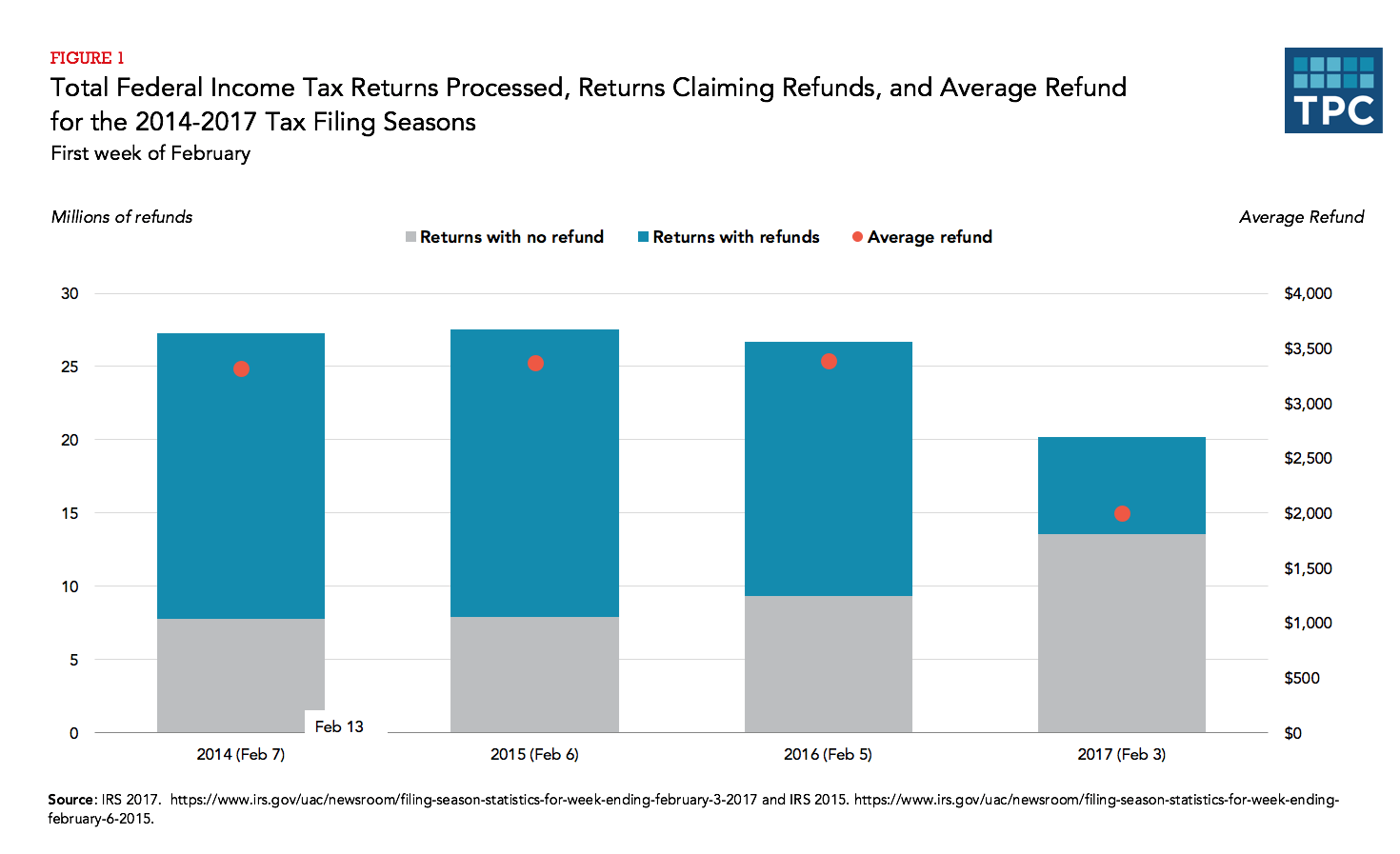 EITC and ACTC filers have a strong incentive to file their tax returns early in the filing season since they  can represent a very significant source of revenue  for many low-income families.

That’s why delaying these refunds could increase their economic hardship. In a small survey of low-income tax returns (the Household Financial Survey), almost 80 percent of EITC and CTC filers with children who filed their returns early in the season reported high levels of material hardship. Almost 60 percent skipped a bill in the past six months, almost 40 percent skipped necessary dental care, and almost 40 percent could not afford the type or amount of food they needed.

Congress could have adopted other fraud reduction measures that would have been less burdensome to low-income families, such as regulating return preparers and adequately funding the IRS. Perhaps lawmakers could reconsider some of these other solutions.