Supermajority budget rules require a state to obtain more than a majority vote of the legislature, typically two-thirds or three-fifths of the votes, to pass a budget bill. Such budget rules are rarer than rules requiring supermajorities to raise new taxes (i.e., tax restrictions). Critics of supermajority rules argue they can cause late budgets and political gridlock; proponents claim they restrain government spending. Most research, however, suggests both assertions are overstated.1 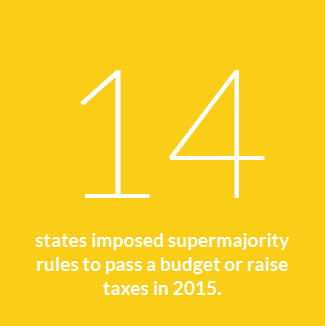 Studying the effects of supermajority budget rules can be difficult because so few states have adopted these provisions. Also, fiscal and political conditions vary across states, making it difficult to disentangle the perceived relationship between supermajority rules and budget outcomes.

“Vetogate” is the term some researchers use for supermajority rules because such rules grant the minority party more power than it would otherwise have in the budget process, creating an informal veto point for legislation.

California’s tendency to pass a late budget was often attributed to its supermajority requirement, which was in place from 1933 to 2010.

However, California has a history of divided government, and research has shown that both split legislatures and split branches can drive late budgets. 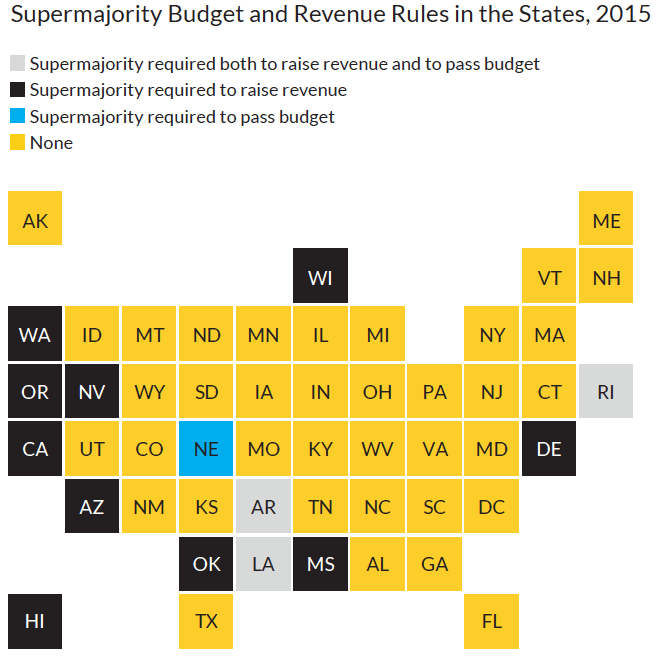